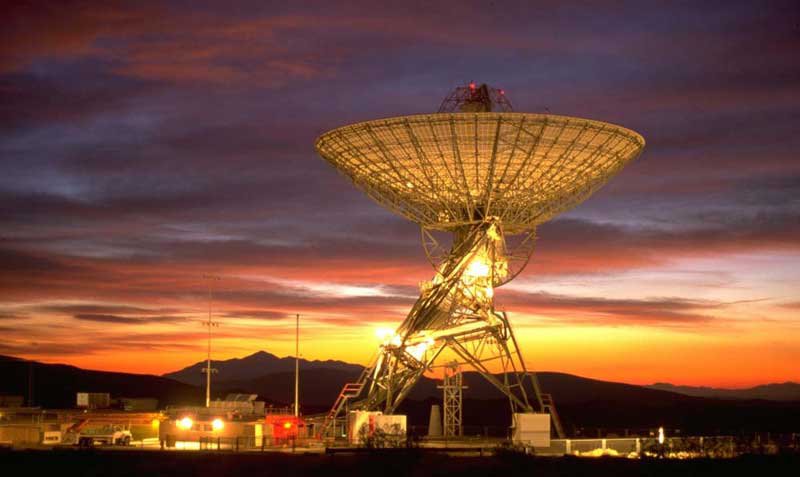 The Goldstone Apple Valley Radio Telescope Program in California's Mojave Desert celebrates its 10th anniversary this month. Since its inception in October 1996, the program has partnered with NASA and the Jet Propulsion Laboratory in Pasadena, Calif., in creating an educational program for K-12 students. This premier educational program has trained 21,000 students at 177 schools in 27 states and 13 countries, and it continues to expand.

An anniversary celebration will be held on Tues., Oct. 17, at NASA's Goldstone's Deep Space Communication Complex. During the celebration, the telescope will be renamed the Dr. Michael J. Klein Radio Observatory, in honor of the late JPL scientist who was instrumental in helping to form the program.

The program's telescope, Deep Space Station-12, was once on the list to be decommissioned by NASA. In the early 1960s, the telescope was used to track unmanned spacecraft missions such as Voyager, Viking and Galileo, and Apollo spacecraft returning from the moon.

The Lewis Center for Educational Research in Apple Valley operates the telescope as a unique learning tool for students, with the goal of partnering students with scientists in real-life, hands-on activities. Research studies have shown that the program allows students to feel a sense of accomplishment that they are collecting relevant data for NASA and JPL.

Students from around the world connect to the 34-meter (111-foot) telescope via the Internet. Once they are connected, mission control operators at the Lewis Center assist them in taking control of the telescope and collecting data from the deepest regions of space.

In 2001, students participated in the Cassini Jupiter Microwave Observing campaign, collecting data that were helpful in refining the calibrations of the passive radiometer instrument on the Cassini spacecraft as it made its way past Jupiter. Students also observed the landing sites for the Mars rovers, Spirit and Opportunity.