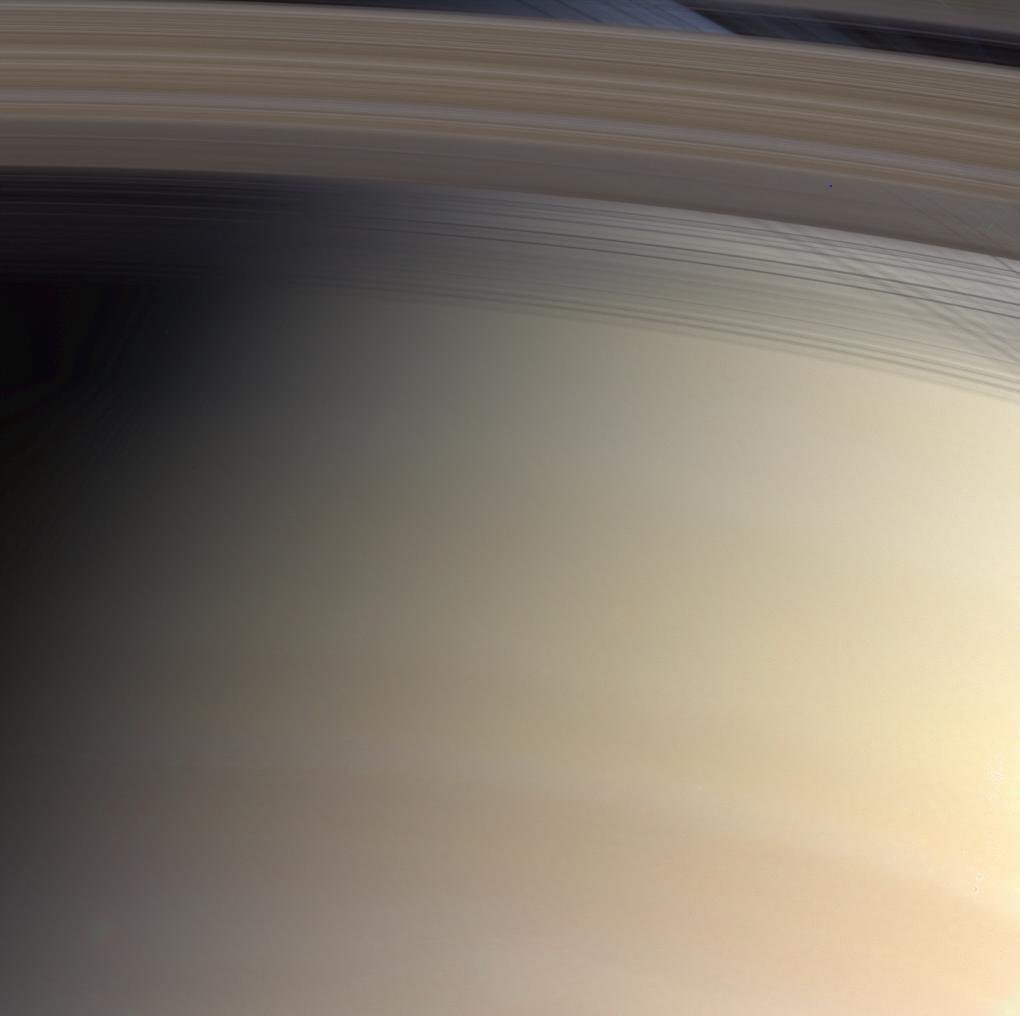 Saturn's faintly banded atmosphere is delicately colored and its threadbare rings cross their own shadows in this marvelous natural color view from Cassini.

Saturn's ring shadows appear wrapped in a harmonious symphony with the planet in this color view from the Cassini spacecraft.

Saturn's ring shadows appear wrapped in a harmonious symphony with the planet in this color view from the Cassini spacecraft.

Saturn and its rings would nearly fill the space between Earth and the Moon. Yet, despite their great breadth, the rings are a few meters thick and, in some places, very translucent. This image shows a view through the C ring, which is closest to Saturn, and through the Cassini division, the 4,800-kilometer-wide gap (2,980-miles) that arcs across the top of the image and separates the optically thick B ring from the A ring. The part of the atmosphere seen through the gap appears darker and more bluish due to scattering at blue wavelengths by the cloud-free upper atmosphere.

The different colors in Saturn's atmosphere are due to particles whose composition is yet to be determined. This image was obtained with the Cassini spacecraft narrow angle camera on July 30, 2004, at a distance of 7.6 million kilometers (4.7 million miles) from Saturn.