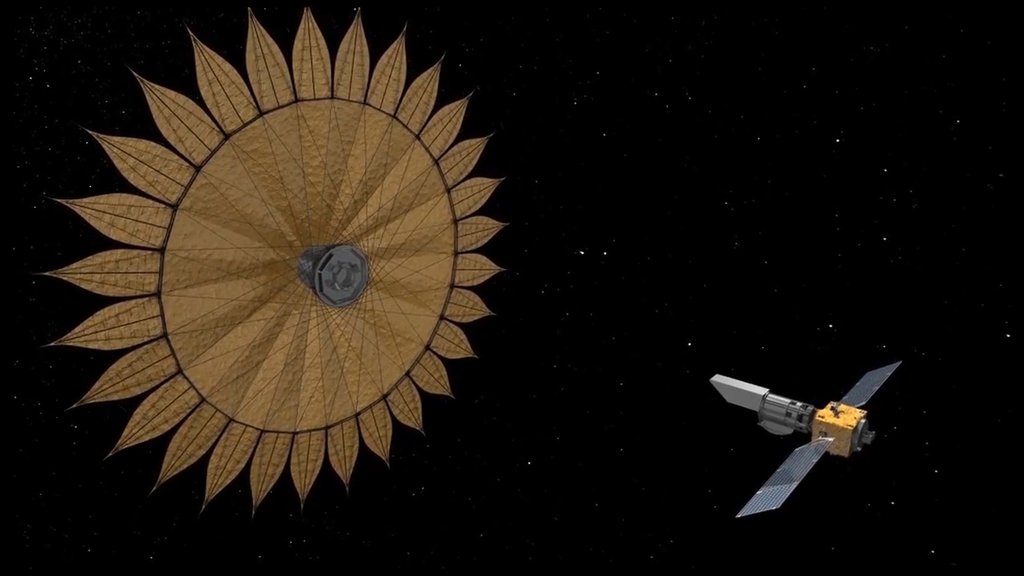 This artist's concept shows the geometry of a space telescope aligned with a starshade, a technology used to block starlight in order to reveal the presence of planets orbiting that star.
Credit: NASA/JPL-Caltech

To hunt for exoplanets, the flowerlike shade would need to stay aligned with a space telescope over vast distances. Recent work demonstrates how that's possible.