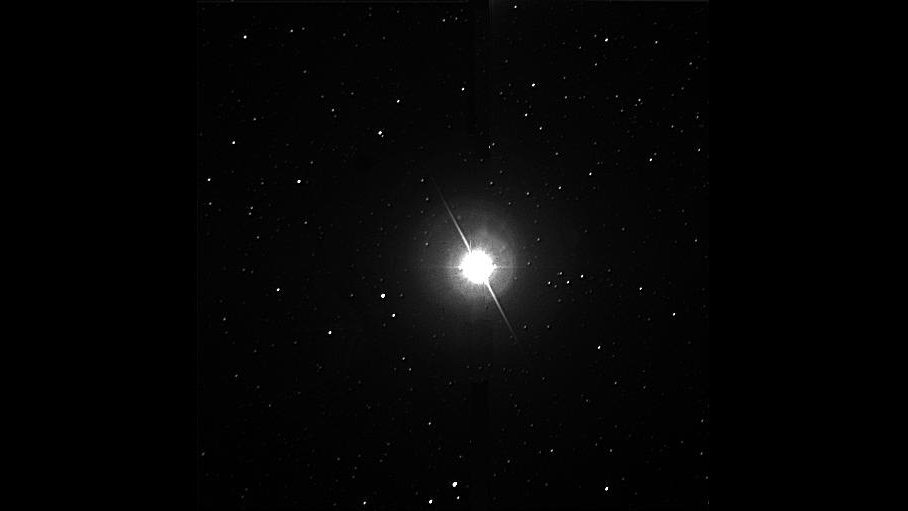 Altair is a perfect example -- it rotates at least once every 10.4 hours, and the new Palomar observations reveal the diameter at its equator is at least 14 percent greater than at its poles. For a star that spins slowly, this effect is miniscule. For example, our Sun rotates once every 30 days and has an equator only .001 percent greater in diameter than its poles.

"Altair is the twelfth brightest star in the sky -- you'd think that everything there is to know about this star would have been discovered already," said co-investigator Dr. David Ciardi of the University of Florida, Gainesville. "It's a good example of the surprises you're going to encounter when you are able to look at even familiar stars with unprecedented resolution."

Note to Broadcasters: A video file to accompany this release will air on NASA Television on Wednesday, July 25, and Thursday, July 26. NASA Television is broadcast on GE-2, transponder 9C, located at 85 degrees West longitude. The frequency is 3880.0 MHz. Polarization is vertical and audio is monaural at 6.8 MHz. For general questions about the NASA Video File, contact Fred Brown, NASA Television, Washington, D.C. (202) 358-0713.