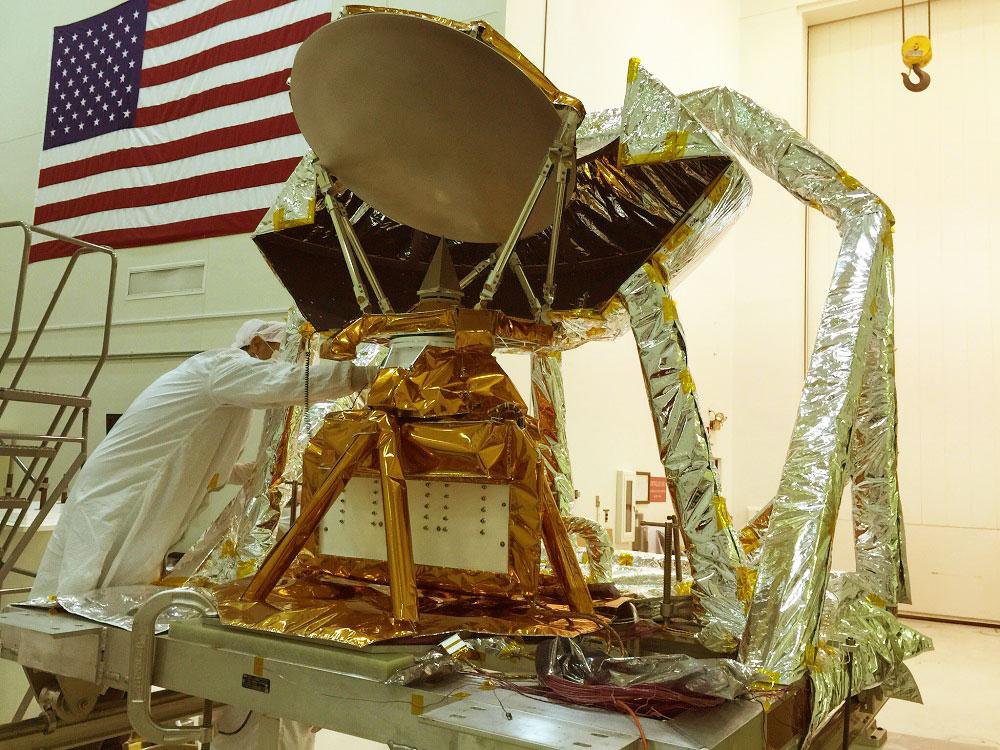 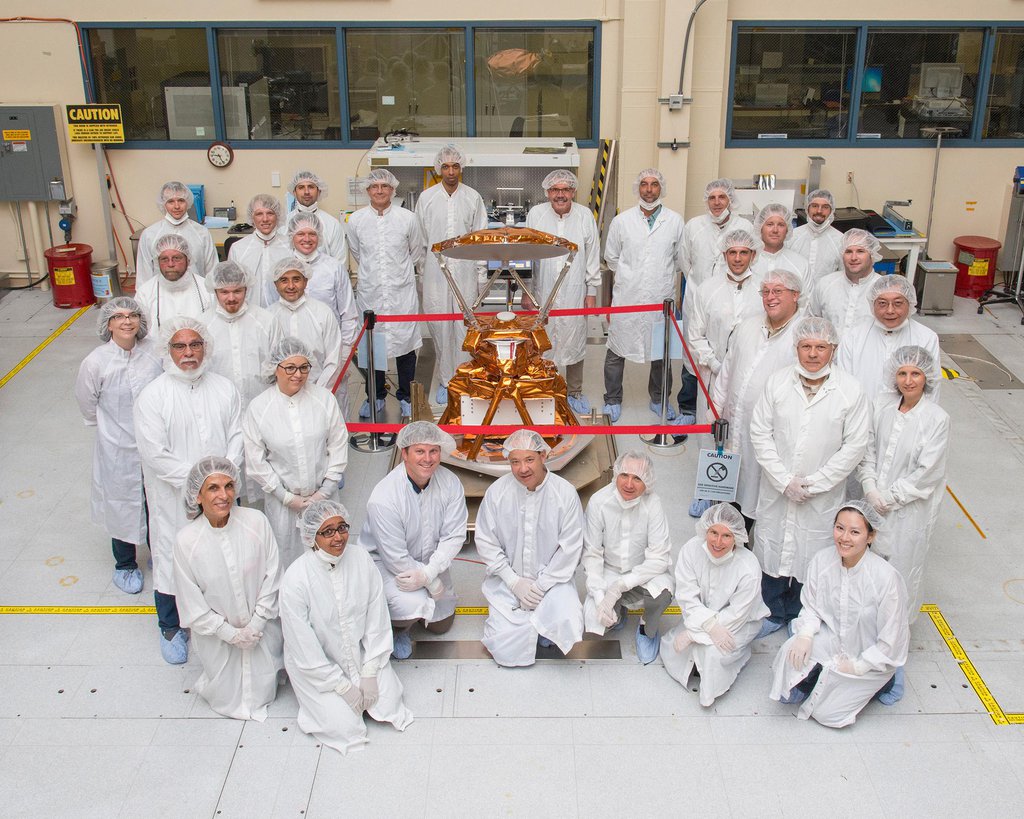 Editor’s note: Details about the WindSat instrument’s time in service have been updated.

Working together, two instruments could open the door for a more efficient, cost-effective way to gather key information for weather forecasting.

Two instruments launching to the International Space Station in a few weeks could be weather-forecasting game changers. The two novel instruments are expected to demonstrate that while they are much smaller, much lighter, and much less expensive than weather satellites orbiting today, they can collect some of the same essential data.

The main purpose of the Compact Ocean Wind Vector Radiometer (COWVR) instrument is to measure the direction and speed of winds at the ocean surface. The Temporal Experiment for Storms and Tropical Systems (TEMPEST) looks at atmospheric humidity.

Designed and built at NASA’s Jet Propulsion Laboratory in Southern California, the two instruments are technology demonstrations. NASA will archive the data and make it available to all interested users, but the main purpose of the mission is to prove the instruments can operate in space and supply data for weather forecasts. Together, they’re part of a U.S. Space Force mission called Space Test Program-Houston 8 (STP-H8), expected to launch to the space station on Dec. 21.

Almost a decade in the making, COWVR grew from the space-based weather-forecasting and environmental observation programs of U.S. Department of Defense (DoD). When the instrument was first conceived, the military collected data to forecast ocean surface winds with a spaceborne instrument named WindSat, which was launched in 2003 and remained in service through 2020.

A microwave radiometer, WindSat measured naturally occurring microwaves emitted from Earth’s atmosphere and surface. Over the ocean, when wind increases and waves grow larger, microwave emissions also increase. A microwave radiometer records these changing emissions, and processing the data can reveal both the speed and the direction of winds at the ocean surface. Those measurements are critical for monitoring how storms such as hurricanes develop, and they feed into forecasts and warnings to coastal populations and ships at sea.

In 2012, the Air Force began work on a replacement radiometer of the same sort, intending to launch the new instrument while WindSat was still in use. The expense and difficulty of building this type of instrument got DoD scientists thinking about what a next-generation ocean wind sensor could be. That’s where NASA came in.

Shannon Brown, a JPL engineer, had been working on a microwave radiometer for the oceanographic mission Jason-3, developed by NASA, the National Oceanic and Atmospheric Administration, and European partners to measure sea surface height. Brown recognized that the Jason-3 instrument’s design advances could be repurposed to meet the needs of weather forecasters. “We put a concept together that used most of the Jason-3 hardware designs, and we found it could measure wind speed and direction at a much lower cost than what the Air Force was building,” he said.

The novel aspect of COWVR is its simplified design. The WindSat radiometer rotated about 30 times a minute as it gathers data. The engineering challenge of developing and powering up parts that can rotate many millions of times in space has proven to be one of the most expensive and demanding aspects of radiometer development.

COWVR reduces the number of moving parts, replacing hardware with algorithms newly developed for the instrument by Brown and his colleagues. The algorithms tease the desired signals of wind speed and direction out of the raw data stream. Parts that still must rotate are now housed on a turntable so they don’t need to be powered individually. The streamlined instrument weighs only 130 pounds (58.7 kilograms) and uses 47 watts of power to operate – about as much as a bedside lamp – where WindSat weighed 990 pounds (450 kilograms) and used 350 watts.

A team of NASA scientists and engineers began developing the instrument in 2013 at JPL with a budget of $24 million – one-fifth the cost of WindSat. They completed COWVR on budget and on schedule in 27 months, aiming for a planned launch in 2018. “It took a really talented team to do that,” Brown pointed out. “We had to use everyone’s best engineering judgment to keep moving forward.”

Don Boucher, principal scientist in the chief architect’s office of the U.S. Space Force (which took over space operations from the Air Force this year), monitored the project for the military. “COWVR has the distinct possibility of being an absolute game changer for our users,” he said. “It’s simpler to build, simpler to test, the timeframe to build the instrument is less – so you can build more of them for the same amount of money as one conventional radiometer. That has tremendous implications for our supply chain.”

When the planned 2018 launch didn’t pan out, the Air Force turned to the Space Test Program, which provides launches to the space station for the military science and engineering community. The space station orbit will give COWVR a view of the ocean surface at different times of day on each orbit, compared with a Sun-synchronous orbit that carries a satellite over any part of globe at the same time each day. Over time, this will aid understanding of how ocean waves develop and change throughout the day.

“The Navy is really interested in monitoring tropical cyclone intensity, but that was one of the things we couldn’t design into COWVR because we had a very compressed schedule,” JPL’s Brown said. But JPL had an instrument already built for just that purpose: TEMPEST. About the size of a cereal box, it was a flight spare – a duplicate created in case of damage or other problems with a spaceborne instrument – for the TEMPEST-D 2018 NASA technology demonstration mission.

TEMPEST, too, is a microwave radiometer, but instead of winds, it measures microwave wavelengths that are sensitive to the presence of water vapor. Collecting data on multiple hurricanes and other storms between 2018 and last June, it had already demonstrated that it could measure water vapor at several levels of the atmosphere as well as the heritage satellites do.

“TEMPEST brings to the table an ability to sense both the amount of atmospheric moisture and its vertical distribution,” said Steve Swadley, the lead for calibration and validation of microwave sensors at the U.S. Naval Research Laboratory in Monterey, California. “This is important both for numerical models and for characterizing the moisture surrounding tropical cyclones. So when Shannon [Brown] told us, ‘We have a spare TEMPEST – would that be useful on this mission?’ the answer was an emphatic yes.”

If the instruments operate as expected, the lower-priced new technology is likely to see widespread use. Organizations would be able to launch four or five satellites on the same budget that formerly would have paid for one. Currently, there are so few weather satellites that only one or two of them may pass over a growing storm in an entire day. Those few “snapshots” of a storm don’t give forecasters enough information to monitor the kind of explosive growth that so many storms now exhibit. More satellites will give scientists a chance to increase the accuracy of forecasts and save more lives.

But that’s looking far ahead, Brown noted. The STP-H8 mission is still a technology demonstration to show the feasibility of the instruments. “We have no reason to think we won’t meet our objectives, but whatever comes out of it, we’re confident that we’re going to learn a lot.”