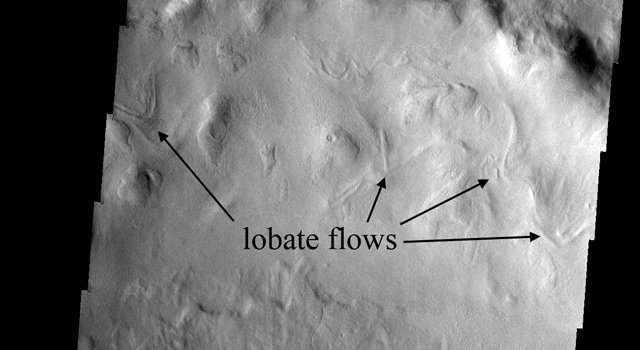 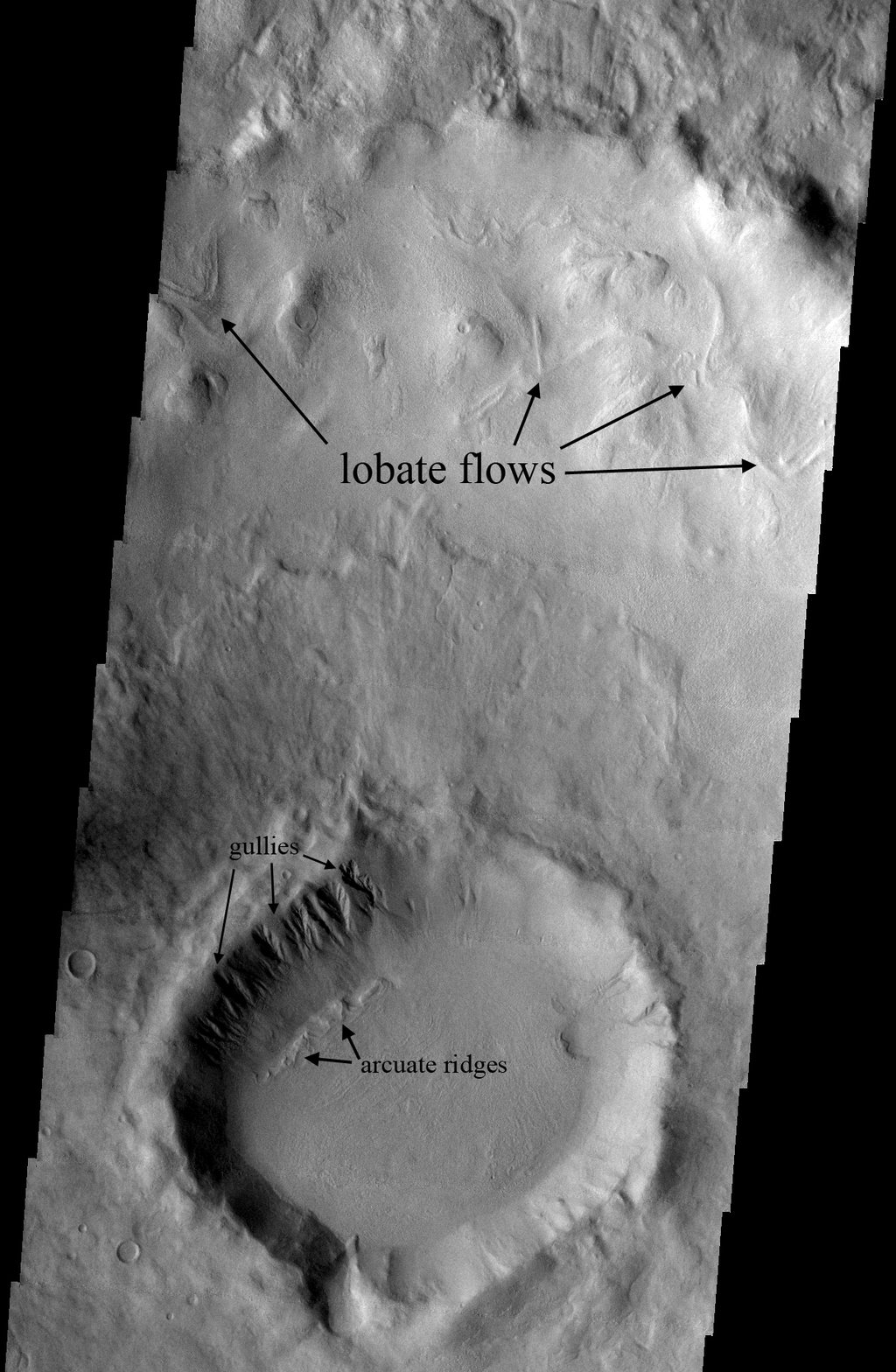 A new study of crater images from NASA Mars Odyssey and other orbiters adds to evidence that water has likely played various roles in shaping the Martian landscape.

A new study of crater images from NASA Mars Odyssey and other orbiters adds to evidence that water has likely played various roles in shaping the Martian landscape.
› Planetary Science Institute news release

The lower portion of this image from the Thermal Emission Imaging System camera (THEMIS) on NASA's Mars Odyssey orbiter shows a crater about 16 kilometers (10 miles) in diameter with features studied as evidence of deposition or erosion. The crater is centered at 40.32 degrees south latitude and 132.5 degrees east longitude, in the eastern portion of the Hellas basin on Mars. It has gullies and arcuate ridges on its north, pole-facing interior wall. This crater is in the center of a larger (60-kilometer or 37-mile diameter) crater with lobate flows on its north, interior wall. The image, number V07798008 in the THEMIS catalog, covers a swath of ground 17.4 kilometers (10.8 miles) wide.

NASA's Jet Propulsion Laboratory manages the Mars Odyssey mission for NASA's Office of Space Science. THEMIS was developed by Arizona State University in collaboration with Raytheon Santa Barbara Remote Sensing. The THEMIS investigation is led by Dr. Philip Christensen at Arizona State University. Lockheed Martin Astronautics, Denver, is the prime contractor for the Odyssey project, and developed and built the orbiter. Mission operations are conducted jointly from Lockheed Martin and from JPL, a division of the California Institute of Technology in Pasadena.