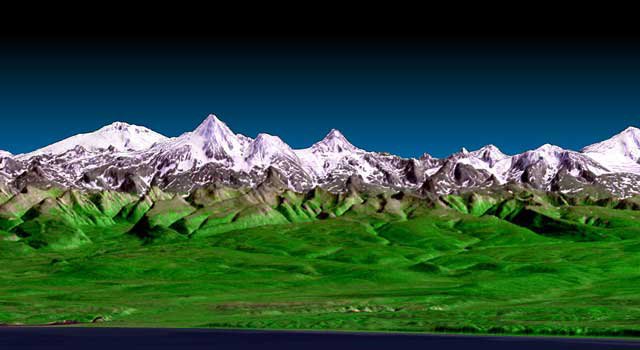 Ten years ago, two JPL radar antennas launched on a mission to map the topography of a mysterious, cloud-covered world, called Earth.

Hop aboard as we take you on a virtual tour of some of the more "uplifting" topographic features of our home planet: http://www.jpl.nasa.gov/multimedia/slideshows/index.cfm?id=23.