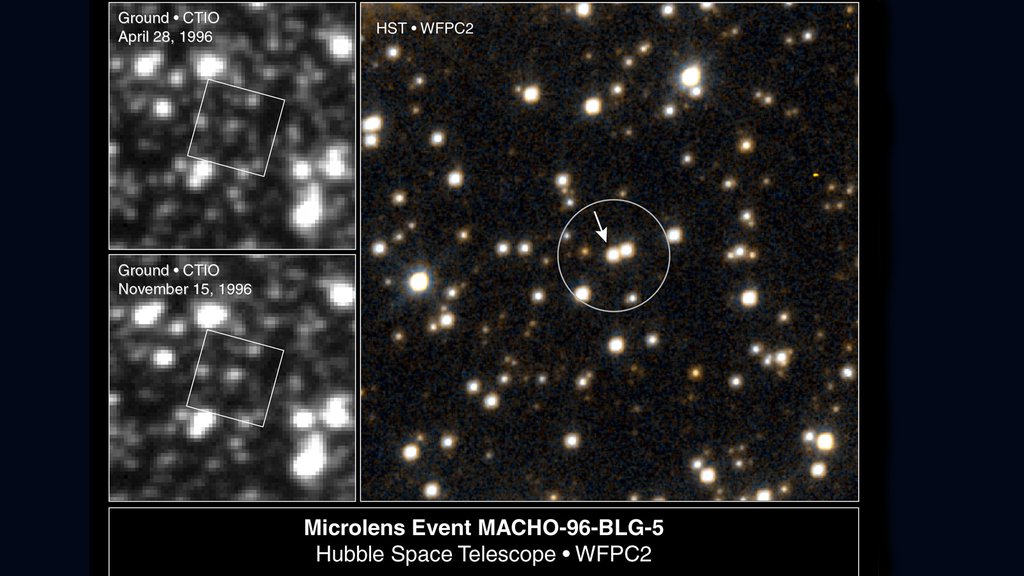 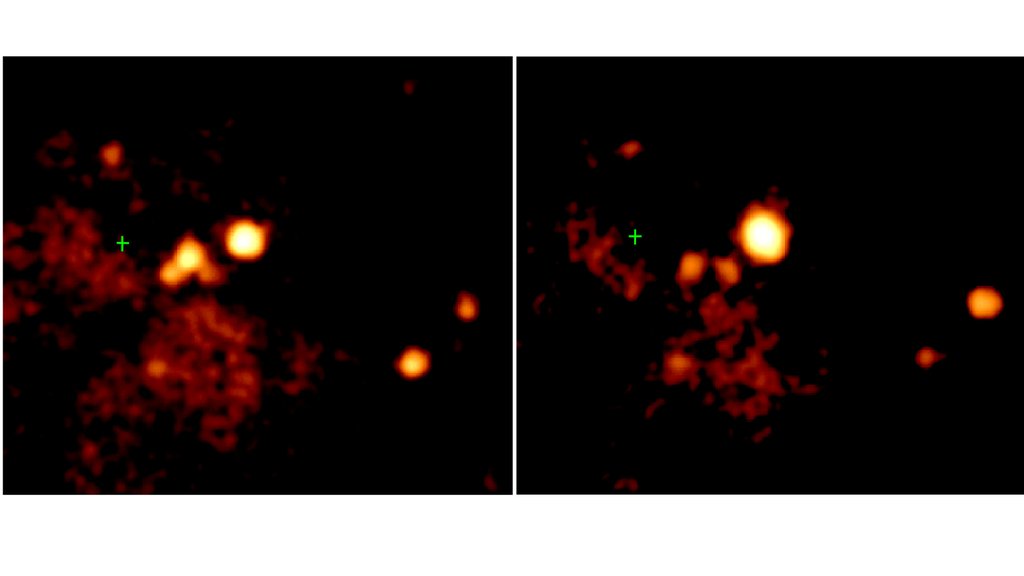 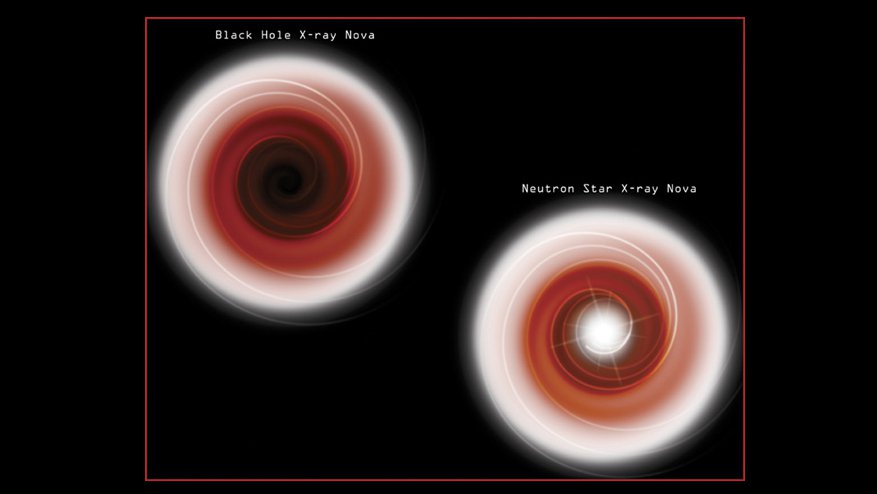 In this artist's concept, gravity draws gas from a companion star onto a black hole in a swirling pattern

The study of black holes began in the 1930's, when an Indian astrophysicist named Subramanian Chandrasekhar found that there is a limit to how much gravity can be supported by matter as we know it. Nothing here on Earth comes close to exceeding this matter-gravity limit, but the phenomenon often occurs in space.

Every single second, in the middle of a star, violent, uncontrolled fusion reactions occur that are millions of times more powerful than our entire nuclear arsenal. The star's massive gravitational field keeps it from exploding under the pressure. But when a star uses up its nuclear fuel, the mass and gravity continue to press down toward its center.

The central portion of a relatively small star like our Sun is then crushed into a hot, super-dense cinder as small as Earth, with maybe half the mass of the Sun. The gravity force squeezes this "white dwarf" star until each teaspoon of material weighs about as much as an 18-wheel truck, but at that point, the crush of gravity stops. For stars somewhat larger than the Sun, the remnant core can exceed about one and one-half Suns (the Chandrasekhar limit for white dwarfs). Gravity is so strong in this case that the collapse continues until the cores are the size of a small town and each teaspoon of their matter weighs as much as one million 18-wheelers. These are the neutron stars, which we often see as pulsars.

For stars maybe 20 times or more massive than our Sun, things are very different. The remnant core will be more than three times as massive as the Sun (the Chandrasekhar limit for neutron stars), and then gravity takes complete control. Not even the fundamental structure of matter can stand up to the colossal forces. A bottomless pit forms that can suck in anything, even light. A black hole is born.

Since a black hole has no surface, astronomers define its "edge" as the point-of-no-return, where all paths through space are bent back into the black hole. This edge is called the event horizon. Any event that takes place within this limit is, in a real way, disconnected from the rest of our universe. We'll never know what goes on down there, as no information will ever find its way out. If the black hole also rotates rapidly, then its intense gravity twists the fabric of space and time into a violent, rotating tornado-like vortex.

So how can we observe a black hole, since it gives off no light? Astronomers can recognize telltale signs that a black hole is present, even if they can't see the actual beast. They can see light emitted by material just as it's falling into a black hole, and they also can observe very high velocity explosions as they are ejected from the vicinity. A good analogy is watching water spiral down a drain. You can't see down inside the drain, but you can watch the water spin around before going down. As material is swept up into this flow, huge amounts of X-rays are produced, heated to millions of degrees. If the black hole also rotates, anything close to the event horizon cannot stand still, as space itself spins around like a tornado. This violent action can spin off fast winds and jets that travel as much as one million light years away from the black hole.

Scientists have just concluded a five-year study of these "cosmic monsters." NASA has been part of Japan's Very Long Baseline Interferometry Space Observatory Program, an international mission which has simultaneously used many ground radio telescopes and one radio telescope in space. This creates a "virtual" giant telescope three times the size of the Earth, which can observe astronomical objects in much greater detail than smaller, individual telescopes. The mission has observed powerful energy jets spewing out from the vicinity of black holes that weigh more than a hundred million Suns. They found that these jets are traveling much faster than expected - at more than 99.9-percent the speed of light. The jets sometimes wiggle, which may reveal clues about what is happening to the black hole itself, including the possibility of a second black hole orbiting the one making the jet. The mission also has observed, projected on the bright jets, shadows of thin "accretion" disks of hot gas orbiting the black holes. Accretion disks supply the black holes with the fuel they need to create X-rays and jets, so these observations have allowed scientists to study the kind of diet enjoyed by the monsters.

Another proposed mission, Advanced Radio Interferometry between Space and Earth, or Arise, would use a more powerful radio telescope in space with others on Earth to learn more about black holes.

Black holes - the most powerful and exotic objects in the universe - continue to hold great fascination for scientists and the public alike. The more we learn about them, the more it will help us piece together this mysterious great cosmic puzzle.
Related Images
Chandra Home page