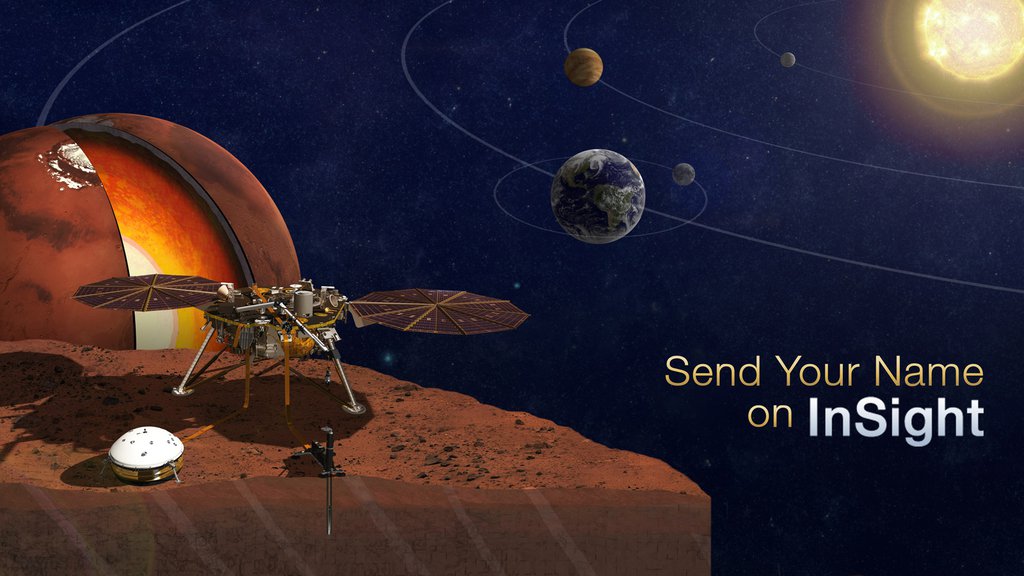 NASA's next mission to Mars, the InSight lander, will study the deep interior of Mars to advance understanding of the early history of all rocky planets, including Earth.
Credit: NASA/JPL-Caltech 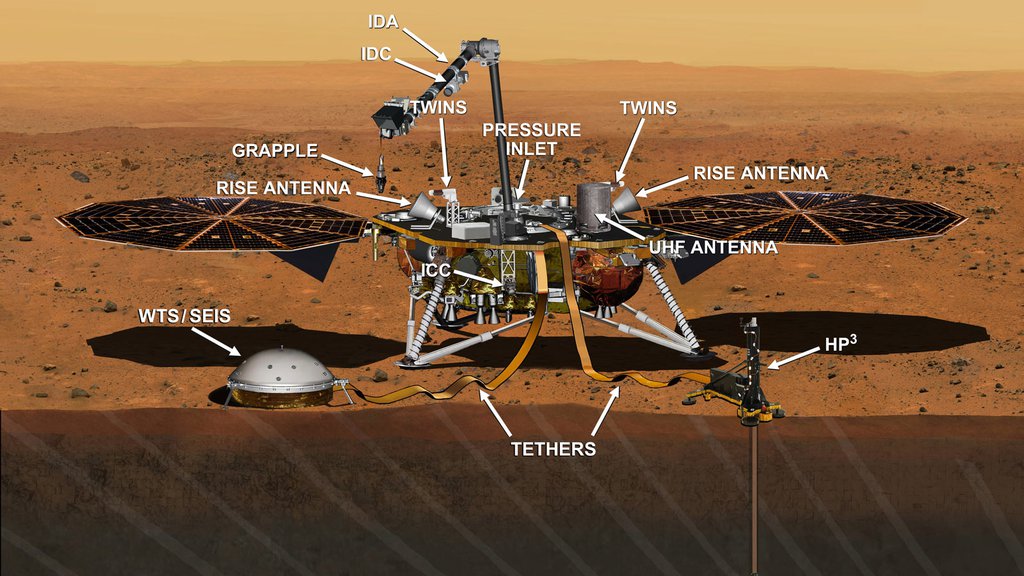 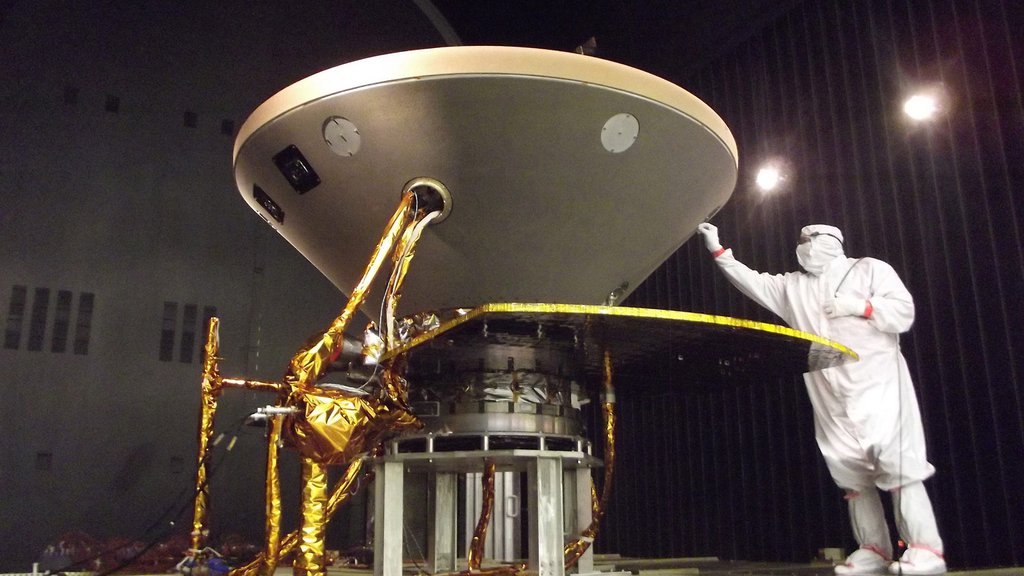 In this photo, a spacecraft specialist prepares NASA's InSight spacecraft for thermal vacuum testing in the flight system's "cruise" configuration for its 2016 flight to Mars.› Full image and caption
Credit: NASA/JPL-Caltech/Lockheed Martin 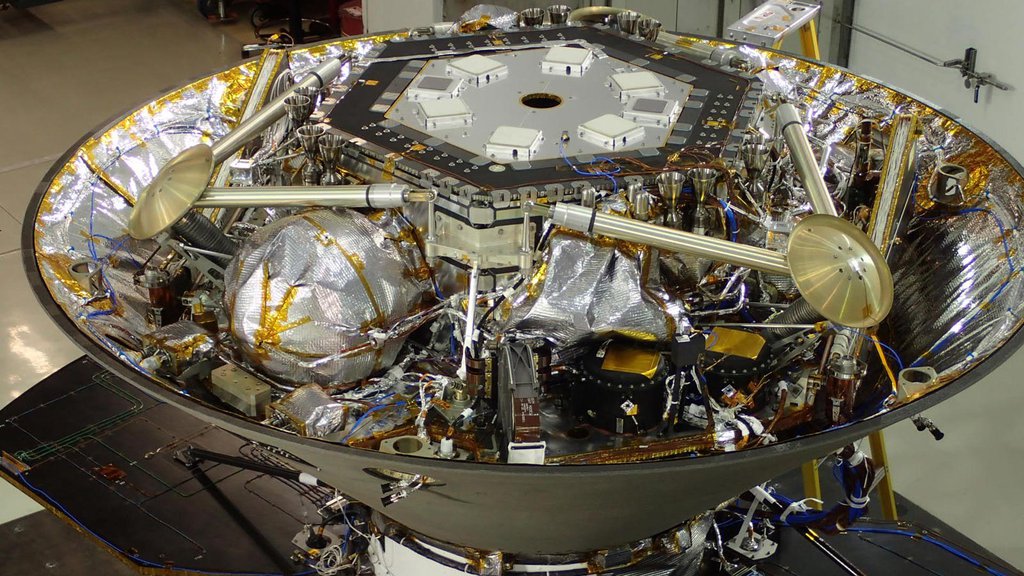 In this photo, NASA's InSight Mars lander is stowed inside the inverted back shell of the spacecraft's protective aeroshell.› Full image and caption
Credit: NASA/JPL-Caltech/Lockheed Martin 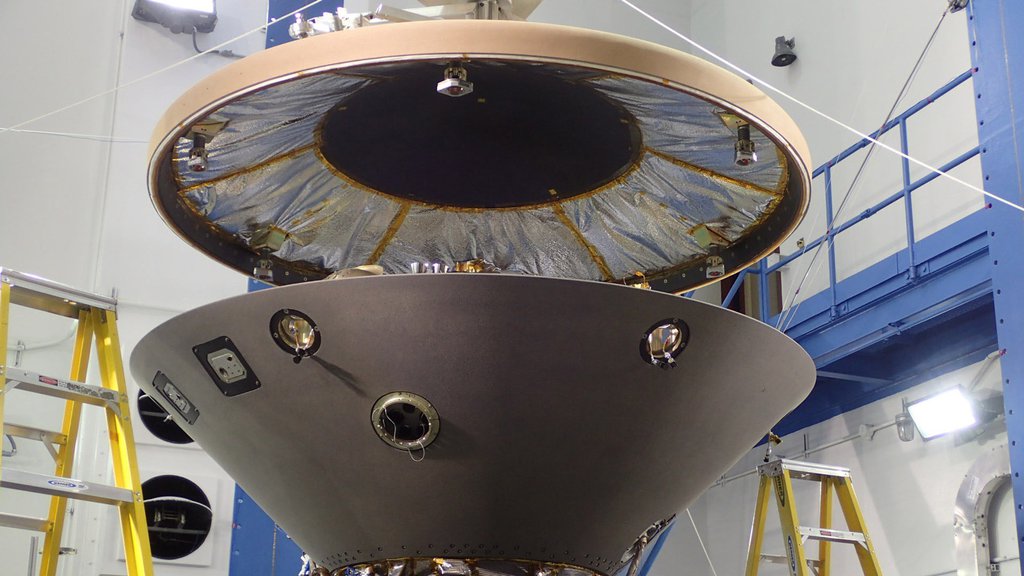 The heat shield is suspended above the rest of the InSight spacecraft in this image taken July 13, 2015, in a spacecraft assembly clean room at Lockheed Martin Space Systems, Denver.› Full image and caption
Credit: NASA/JPL-Caltech/Lockheed Martin 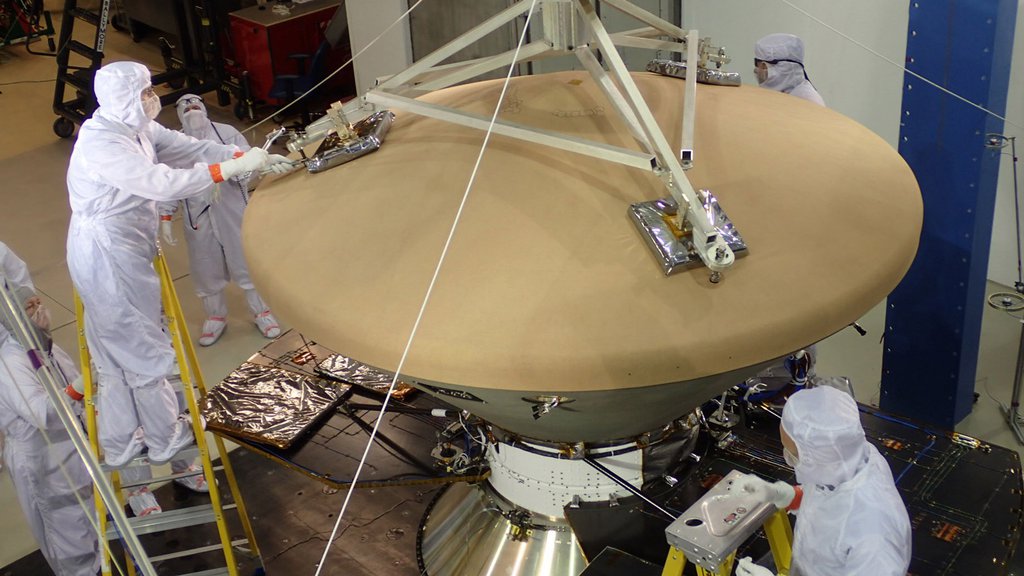 Spacecraft specialists at Lockheed Martin Space Systems, Denver, prepare NASA's InSight spacecraft for vibration testing as part of assuring that it is ready for the rigors of launch from Earth and flight to Mars.› Full image and caption
Credit: NASA/JPL-Caltech/Lockheed Martin

Mars enthusiasts can participate in NASA's journey to Mars by adding their names to a silicon microchip headed to Mars aboard NASA's InSight Mars lander, scheduled to launch next year.

Mars enthusiasts around the world can participate in NASA's journey to Mars by adding their names to a silicon microchip headed to the Red Planet aboard NASA's InSight Mars lander, scheduled to launch next year.

"Our next step in the journey to Mars is another fantastic mission to the surface," said Jim Green, director of planetary science at NASA Headquarters in Washington. "By participating in this opportunity to send your name aboard InSight to the Red Planet, you're showing that you're part of that journey and the future of space exploration."

Submissions will be accepted until Sept. 8. To send your name to Mars aboard InSight, go to:

The fly-your-name opportunity comes with "frequent-flier" points to reflect an individual's personal participation in NASA's journey to Mars, which will span multiple missions and multiple decades. The InSight mission offers the second such opportunity for space exploration fans to collect points by flying their names aboard a NASA mission, with more opportunities to follow.

Last December, the names of 1.38 million people flew on a chip aboard the first flight of NASA's Orion spacecraft, which will carry astronauts to deep space destinations including Mars and an asteroid. After InSight, the next opportunity to earn frequent flier points will be NASA's Exploration Mission-1, the first planned test flight bringing together the Space Launch System rocket and Orion capsule in preparation for human missions to Mars and beyond.

InSight will launch from Vandenberg Air Force Base, California, in March 2016 and land on Mars Sept. 28, 2016. The mission is the first dedicated to the investigation of the deep interior of the planet. It will place the first seismometer directly on the surface of Mars to measure Martian quakes and use seismic waves to learn about the planet's interior. It also will deploy a self-hammering heat probe that will burrow deeper into the ground than any previous device on the Red Planet. These and other InSight investigations will improve our understanding about the formation and evolution of all rocky planets, including Earth.

For additional information about the InSight mission, visit: