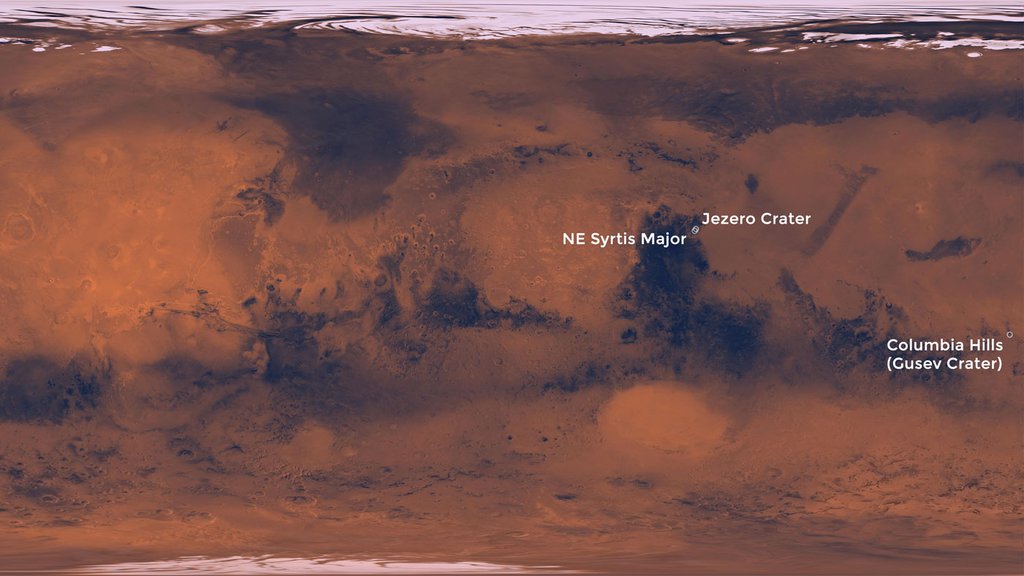 Participants in a landing site workshop for NASA's upcoming Mars 2020 mission have recommended three locations on the Red Planet for further evaluation.

Participants in a landing site workshop for NASA's upcoming Mars 2020 mission have recommended three locations on the Red Planet for further evaluation. The three potential landing sites for NASA's next Mars rover include Northeast Syrtis (a very ancient portion of Mars' surface), Jezero crater, (once home to an ancient Martian lake), and Columbia Hills (potentially home to an ancient hot spring, explored by NASA's Spirit rover).

More information on the landing sites can be found at:

Mars 2020 is targeted for launch in July 2020 aboard an Atlas V 541 rocket from Space Launch Complex 41 at Cape Canaveral Air Force Station in Florida. The rover will conduct geological assessments of its landing site on Mars, determine the habitability of the environment, search for signs of ancient Martian life, and assess natural resources and hazards for future human explorers. It will also prepare a collection of samples for possible return to Earth by a future mission.