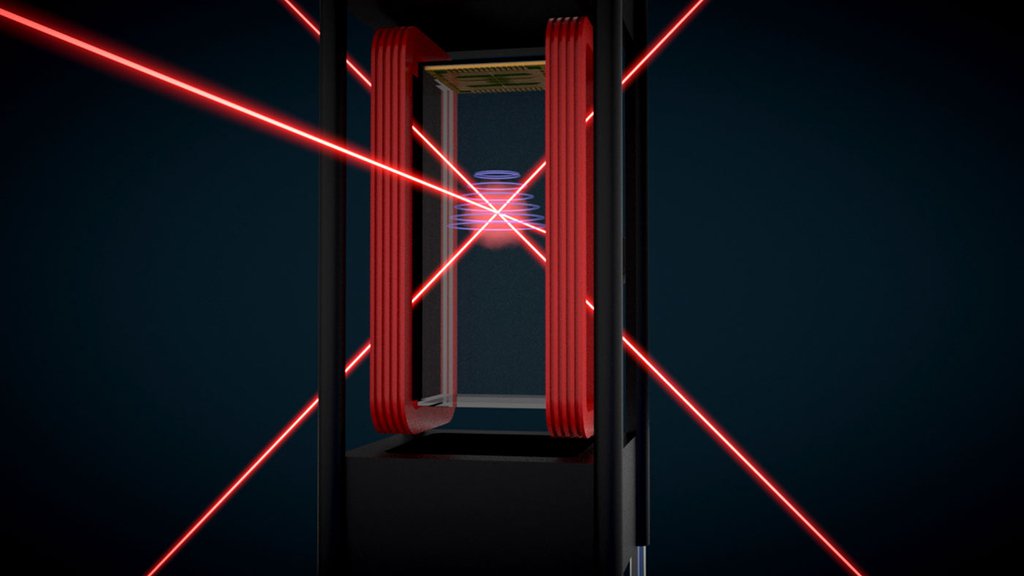 The Cold Atom Lab (CAL) is a new facility that will create a spot ten billion times colder than the vacuum of space, and could help us answer some big questions in modern physics. Credits: NASA/iGoal Animation 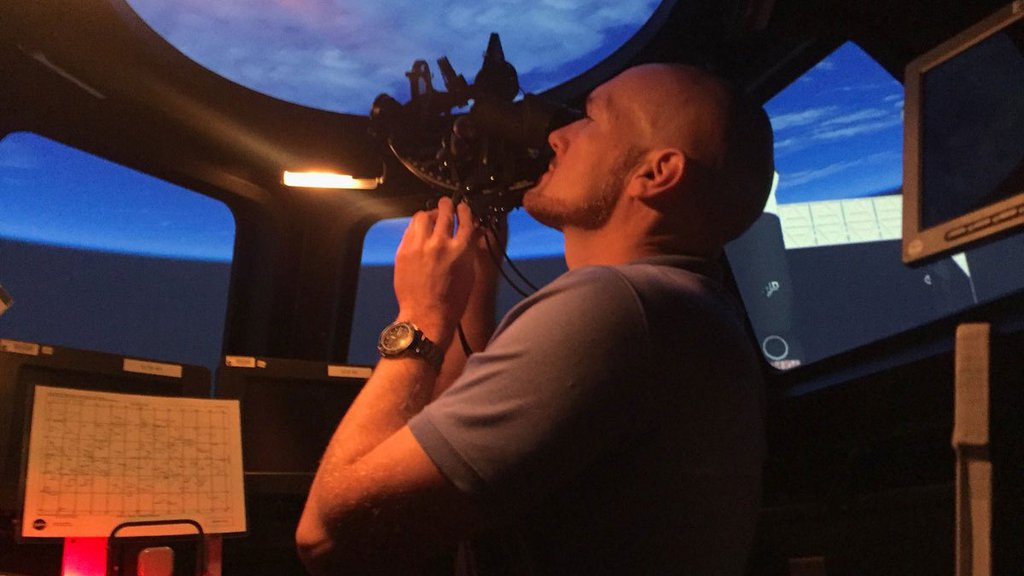 NASA astronaut Alexander Gerst learns how to use a sextant. "I learned how to navigate after the stars using a sextant," said Gerst. "It's actually a test for a backup nav method for #Orion & future deep space missions." Credits: NASA 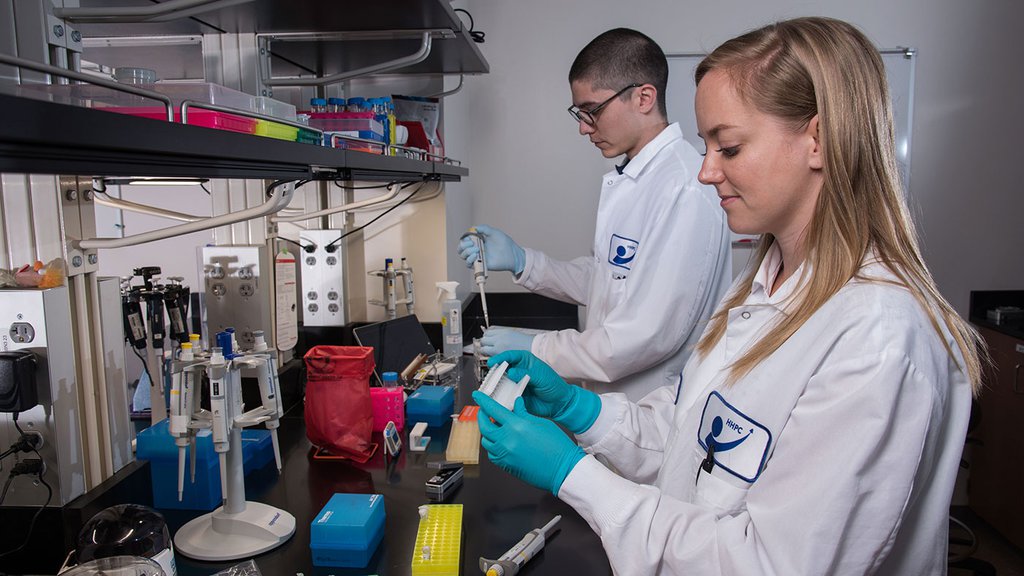 Biomolecule Extraction and Sequencing Technology (BEST) seeks to advance use of sequencing in space via three objectives: identifying microbes aboard the space station that current methods cannot detect, assessing microbial mutations in the genome because of spaceflight, and performing direct RNA sequencing. Credits: NASA

The Cold Atom Laboratory, from JPL, is one science payload launching to the International Space Station aboard an Orbital ATK Cygnus spacecraft no earlier than May 20.

Some of the earliest human explorers used mechanical tools called sextants to navigate vast oceans and discover new lands. Today, high-tech tools navigate microscopic DNA to discover previously unidentified organisms. Scientists aboard the International Space Station soon will have both types of tools at their disposal.

Orbital ATK's Cygnus spacecraft is scheduled to launch its ninth contracted cargo resupply mission to the space station no earlier than May 20. Science and research delivered by the spacecraft include a test of centuries-old sextant navigation and forward-thinking work advancing the orbiting lab's ability to support cutting-edge molecular research and its commercial capabilities.

For centuries, sailors navigated with sextants, which have an optical sight to take precise angle measurements from land or sea. NASA's Gemini missions conducted the first sextant sightings from a spacecraft, and designers built a sextant into Apollo vehicles as a lost-communications navigation backup. Jim Lovell demonstrated on Apollo 8 that sextant navigation could return a space vehicle home.

The Sextant Navigation investigation tests use of a hand-held sextant for emergency navigation on missions in deep space as humans begin to travel farther from Earth. The ability to sight angles between the moon or planets and stars offers crews another option to find their way home if communications and main computers are compromised.

"No need to reinvent the wheel when it comes to celestial navigation," says Principal Investigator Greg Holt. "We want a robust, mechanical back-up with as few parts and as little need for power as possible to get you back home safely."

The remoteness and constrained resources of living in space require simple but effective processes and procedures to monitor the presence of microbial life, some of which might be harmful.

Biomolecule Extraction and Sequencing Technology (BEST) advances the use of sequencing processes to identify microbes aboard the space station that current methods cannot detect and to assess mutations in the microbial genome that may be due to spaceflight.

Genes in Space 3 performed in-flight identification of bacteria on the station for the first time. BEST takes that one step farther, says Principal iInvestigator Sarah Wallace, identifying unknown microbial organisms using a process that sequences directly from a sample with minimal preparation, rather than with the traditional technique that requires growing a culture from the sample. "That way, we can identify microbes that cannot be detected using traditional culturing methods, and we aren't increasing the number of potential pathogens that might be present on the station," Wallace explains.

Adding these new processes to the proven technology opens new avenues for inflight research, such as how microorganisms on the space station change or adapt to spaceflight.

"With small modifications to our process, you can pretty much do any type of sequencing on the station," says Wallace. "Until now, we had to bring samples back to the ground to see these changes. We know gene expression changes, but freezing a sample and bringing it back to the ground could result in alterations that are not caused by the spaceflight environment. If we could look at it while on the station, it might look very different. There is so much to be gained from that real-time snapshot of gene expression. I think it will be key to a lot of research."

The investigation's sequencing components provide important information on the station's microbial occupants, including which organisms are present and how they respond to the spaceflight environment -- insight that could help protect humans during future space exploration. Knowledge gained from BEST could also provide new ways to monitor the presence of microbes in remote locations on Earth.

Moving on to science at a scale even smaller than a microbe, the new Cold Atom Lab (CAL) facility could help answer some big questions in modern physics. CAL creates a temperature 10 billion times colder than the vacuum of space, then uses lasers and magnetic forces to slow down atoms until they are almost motionless. CAL makes it possible to observe these ultra-cold atoms for much longer in the microgravity environment on the space station than would be possible on the ground. Results of this research could potentially lead to a number of improved technologies, including sensors, quantum computers and atomic clocks used in spacecraft navigation. The Cold Atom Laboratory was designed and built at NASA's Jet Propulsion Laboratory in Pasadena, California. It is sponsored by the International Space Station Program at NASA's Johnson Space Center in Houston, and the Space Life and Physical Sciences Research and Applications (SLPSRA) Division of NASA's Human Exploration and Operations Mission Directorate at NASA Headquarters in Washington.

The International Commercial Experiment, or ICE Cubes Service, tests and commissions the first European commercial system to increase access to this unique lab. A partnership between the European Space Agency (ESA) and Space Application Services (SpaceAps), ICE Cubes uses a sliding framework permanently installed in the Columbus module and "plug-and-play" Experiment Cubes. The Experiment Cubes are easy to install and remove, come in different sizes and can be built with commercial off-the-shelf components, significantly reducing the cost and time to develop experiments.

"The idea is to provide fast, direct and affordable access to space for research, technology and education for any organization or customer," says Hilde Stenuit of SpaceAps, which designed and developed the facility and made it flight-ready.

For daily updates on the science happening aboard the space station, follow @ISS_Research, Space Station Research and Technology News, or Facebook. For opportunities to see the International Space Station pass over your town, check out Spot the Station.