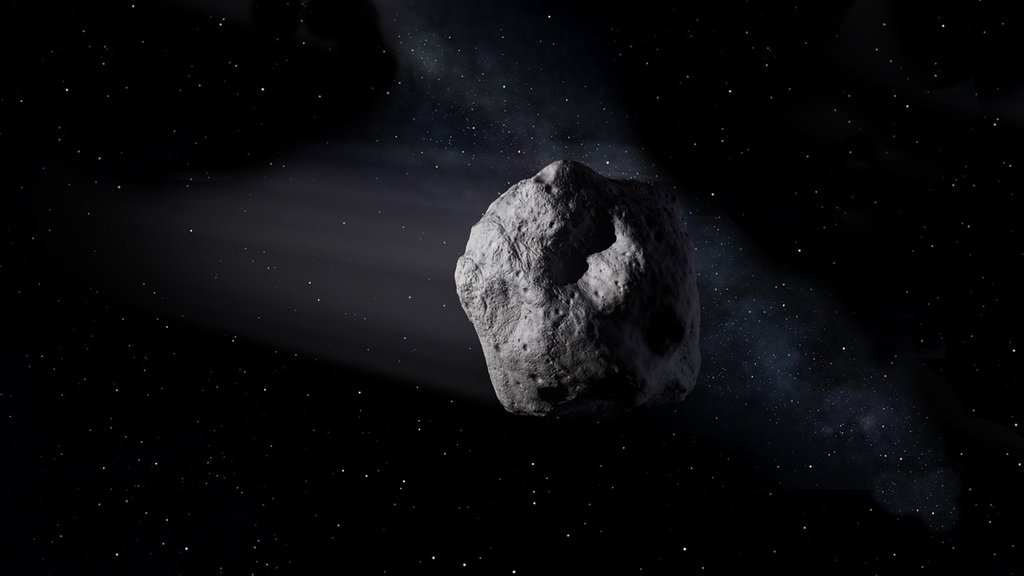 Roughly 15 to 30 feet wide, the object will make its closest approach on Sept. 24.

A small near-Earth asteroid (or NEA) will briefly visit Earth's neighborhood on Thursday, Sept. 24, zooming past at a distance of about 13,000 miles (22,000 kilometers) above our planet's surface. The asteroid will make its close approach below the ring of geostationary satellites orbiting about 22,000 miles (36,000 kilometers) away from Earth.

Based on its brightness, scientists estimate that 2020 SW is roughly 15 to 30 feet (5 to 10 meters) wide - or about the size of a small school bus. Although it's not on an impact trajectory with Earth, if it were, the space rock would almost certainly break up high in the atmosphere, becoming a bright meteor known as a fireball.

"There are a large number of tiny asteroids like this one, and several of them approach our planet as close as this several times every year," said Paul Chodas, director of the Center for Near-Earth Object Studies (CNEOS) at NASA's Jet Propulsion Laboratory in Southern California. "In fact, asteroids of this size impact our atmosphere at an average rate of about once every year or two."

After asteroid 2020 SW was discovered on Sept. 18 by the NASA-funded Catalina Sky Survey in Arizona, follow-up observations confirmed its orbital trajectory with high precision, ruling out any chance of impact. CNEOS scientists determined that it will make its closest approach at 4:12 a.m. PDT (7:12 a.m. EDT) on Sept. 24 over the Southeastern Pacific Ocean. After Thursday's close approach, the asteroid will continue its journey around the Sun, not returning to Earth's vicinity until 2041, when it will make a much more distant flyby.

In 2005, Congress assigned NASA the goal of finding 90% of the near-Earth asteroids that are about 460 feet (140 meters) or larger in size. These larger asteroids pose a much greater threat if they were to impact, and they can be detected much farther away from Earth, because they're simply much brighter than the small ones. It is thought that there are over 100 million small asteroids like 2020 SW, but they are hard to discover unless they get very close to Earth.

"The detection capabilities of NASA's asteroid surveys are continually improving, and we should now expect to find asteroids of this size a couple days before they come near our planet," added Chodas.

A division of Caltech in Pasadena, JPL hosts CNEOS for NASA's Near-Earth Object Observations Program in NASA's Planetary Defense Coordination Office. More information about CNEOS, asteroids, and near-Earth objects can be found at: