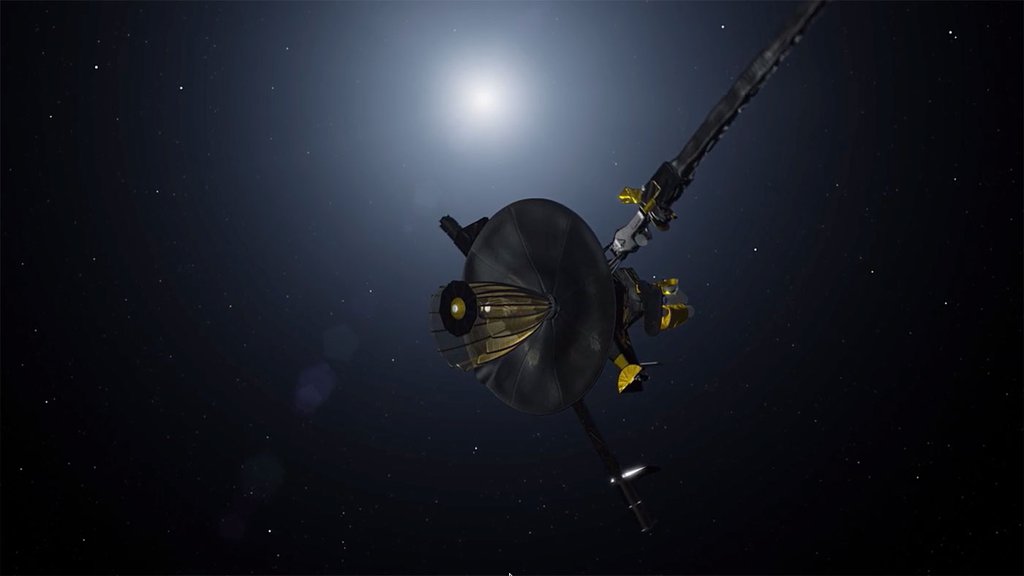 An artist's rendering of the Galileo spacecraft with its crippled main antenna.
Credit: NASA/JPL-Caltech

The latest JPL-produced film, screening at Caltech on Oct. 26, follows the challenges and successes of the historic mission to Jupiter.

This October marks the 30th anniversary of the launch of NASA's Galileo mission to Jupiter by space shuttle Atlantis. To celebrate the mission - designed, built and operated by the Jet Propulsion Laboratory in Pasadena, California - Caltech's Beckman Auditorium is hosting the premiere of the documentary "Saving Galileo" on Saturday, Oct. 26, at 7 p.m. PDT.

Produced by JPL Fellow and national Emmy Award-winner Blaine Baggett, the hour-long film tells the story of how the mission stayed alive despite a multitude of technical challenges, including a years-long launch delay and the devastating failure of its main antenna to open properly in space. It is also the story of a team of scientists and engineers transformed through adversity into what many came to regard as a tight-knit family.

"Saving Galileo" picks up from Baggett's previous documentary "To the Rescue," which focuses on the mission's tortuous path to the launch pad. Together the films capture how, despite its many challenges and limitations, Galileo proved a resounding success, leading to profound scientific insights that continue to draw NASA and JPL back to Jupiter for new adventures.

"Saving Galileo" will be preceded by a short, informal panel discussion about the mission and its legacy at Jupiter. Speakers include Galileo Project Scientist Torrence Johnson, JPL scientist on Juno Heidi Becker, Blaine Baggett and moderator Preston Dyches.

The Oct. 26 event is the first in a series of monthly screenings, titled "JPL and the Space Age," featuring documentaries from Baggett, including films on Mars Pathfinder ("The Pathfinders," Nov. 16), NASA's "Faster, Better, Cheaper" challenge in the 1990s ("The Breaking Point," Dec. 12), and a two-part series on the Mars Exploration Rovers ("Mission to Mars," Jan. 18; and "Landing on Mars," Feb. 29).

Admission to all the documentaries is free and is on a first-come, first-served basis.