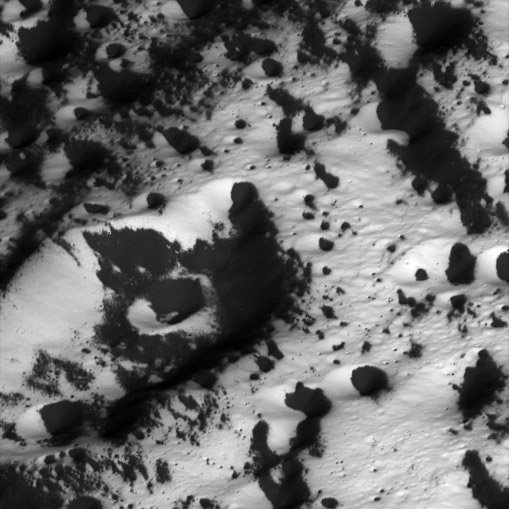 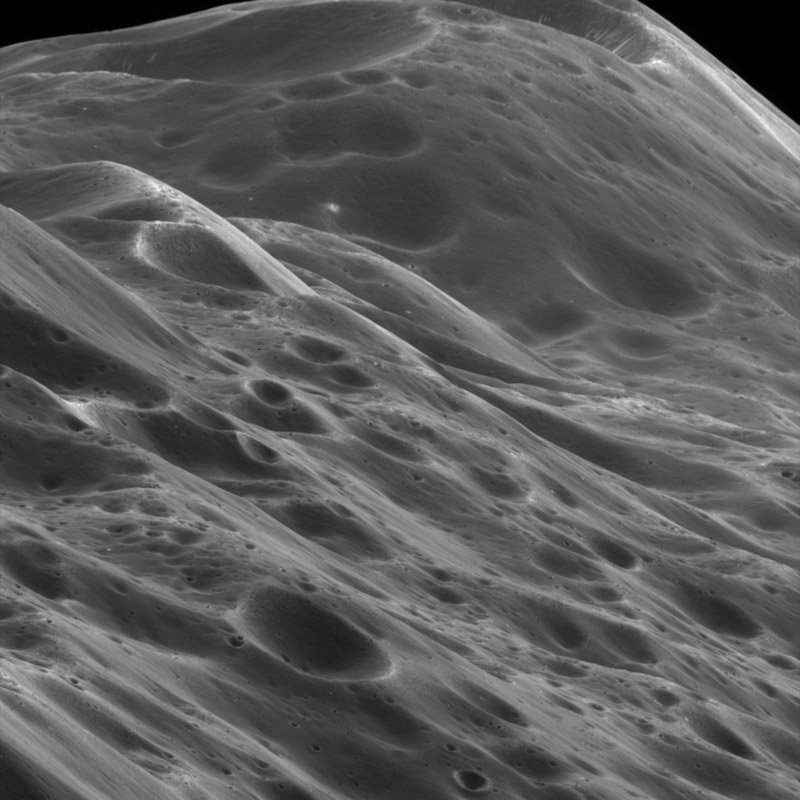 Scientists on the Cassini mission to Saturn are poring through hundreds of images returned from the Sept. 10 flyby of Saturn's two-toned moon Iapetus.

PASADENA, Calif. – Scientists on the Cassini mission to Saturn are poring through hundreds of images returned from the Sept. 10 flyby of Saturn's two-toned moon Iapetus. Pictures returned late Tuesday and early Wednesday show the moon's yin and yang--a white hemisphere resembling snow, and the other as black as tar.

Images show a surface that is heavily cratered, along with the mountain ridge that runs along the moon's equator. Many of the close-up observations focused on studying the strange 20-kilometer high (12 mile) mountain ridge that gives the moon a walnut-shaped appearance.

"The images are really stunning," said Tilmann Denk, Cassini imaging scientist at the Free University in Berlin, Germany, who was responsible for the imaging observation planning. "Every new picture contained its own charm. I was most pleased about the images showing huge mountains rising over the horizon. I knew about this scenic viewing opportunity for more than seven years, and now the real images suddenly materialized."

This flyby was nearly 100 times closer to Iapetus than Cassini's 2004 flyby, bringing the spacecraft to about 1,640 kilometers (1,000 miles) from the surface. The moon's irregular walnut shape, the mountain ridge that lies almost directly on the equator and Iapetus' brightness contrast are among the key mysteries scientists are trying to solve.

"Our flight over the surface of Iapetus was like a non-stop free fall, down the rabbit hole, directly into Wonderland! Very few places in our solar system are more bizarre than the patchwork of pitch dark and snowy bright we've seen on this moon," said Carolyn Porco, Cassini imaging team leader at the Space Science Institute, Boulder, Colo.

The return of images and other data was delayed early Tuesday due to a galactic cosmic ray hit which put the spacecraft into a precautionary state called safe mode. This occurred after the spacecraft had placed all of the flyby data on its data recorders and during the first few minutes after it began sending the data home. The data flow resumed later that day and concluded on Wednesday. The spacecraft is operating normally and its instruments are expected to return to normal operations in a few days.

"Iapetus provides us a window back in time, to the formation of the planets over four billion years ago. Since then its icy crust has been cold and stiff, preserving this ancient surface for our study," said Torrence Johnson, Cassini imaging team member at JPL.

Cassini's multiple observations of Iapetus will help to characterize the chemical composition of the surface; look for evidence of a faint atmosphere or erupting gas plumes; and map the nighttime temperature of the surface. These and other results will be analyzed in the weeks to come.

The Cassini-Huygens mission is a cooperative project of NASA, the European Space Agency and the Italian Space Agency. JPL, a division of the California Institute of Technology in Pasadena, manages the Cassini mission for NASA's Science Mission Directorate, Washington, D.C. The Cassini orbiter and its two onboard cameras were designed, developed and assembled at JPL. The imaging team is based at the Space Science Institute, Boulder, Colo.