Saturn Spacecraft Returns to the Realm of Icy Moons 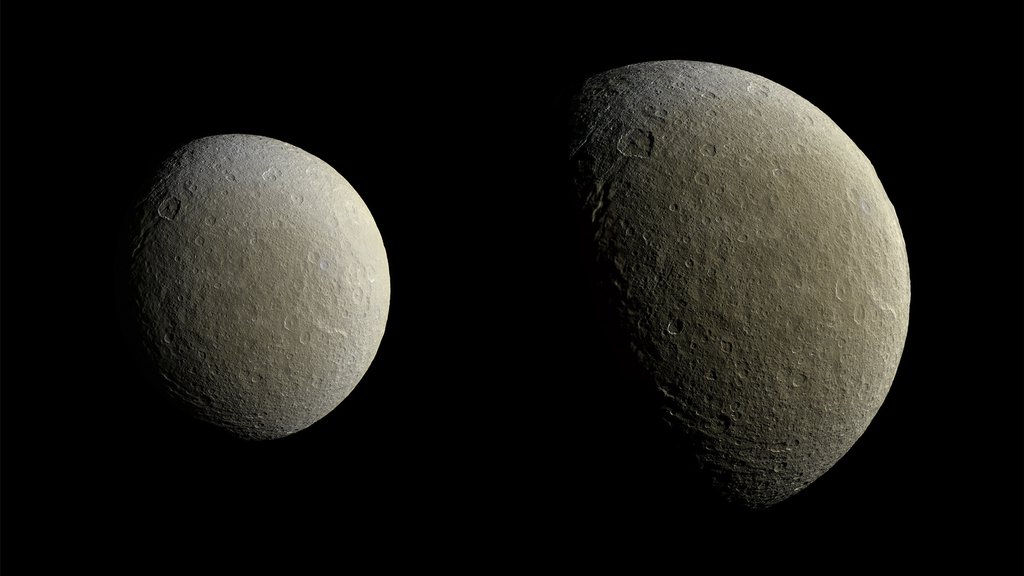 After a couple of years in high-inclination orbits that limited its ability to encounter Saturn's moons, NASA's Cassini spacecraft returned to Saturn's equatorial plane in March 2015. › Full image and caption

A dual view of Saturn's icy moon Rhea marks the return of NASA's Cassini spacecraft to the realm of the planet's icy satellites.

A dual view of Saturn's icy moon Rhea marks the return of NASA's Cassini spacecraft to the realm of the planet's icy satellites. This follows nearly two years during which the spacecraft's orbits carried it high above the planet's poles. Those paths limited the mission's ability to encounter the moons, apart from regular flybys of Titan.

Cassini's orbit will remain nearly equatorial for the remainder of 2015, during which the spacecraft will have four close encounters with Titan, two with Dione and three with the geyser-moon, Enceladus.

The views show an expanded range of colors from those visible to human eyes in order to highlight subtle color variations across Rhea's surface. In natural color, the moon's surface is fairly uniform. The image at right represents the highest-resolution color view of Rhea released to date.