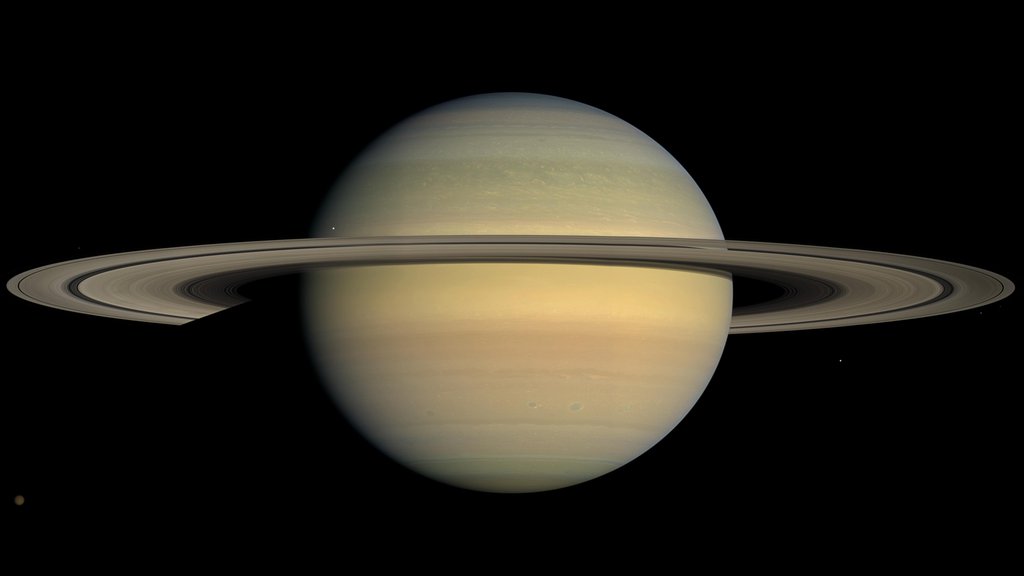 Saturn as seen by NASA's Cassini spacecraft in 2008. Long-term tracking of the spacecraft's position has revealed no unexplained perturbations in Cassini's orbit.› Full image and caption
Credit: NASA/JPL/Space Science Institute

Several recent news stories have reported that a mysterious anomaly in Cassini's orbit could potentially be explained by the gravitational tug of a theorized massive new planet in our solar system, lurking far beyond the orbit of Neptune. While the proposed planet's existence may eventually be confirmed by other means, mission navigators have observed no unexplained deviations in the spacecraft's orbit since its arrival there in 2004.

"Although we'd love it if Cassini could help detect a new planet in the solar system, we do not see any perturbations in our orbit that we cannot explain with our current models," said Earl Maize, Cassini project manager at JPL.

"An undiscovered planet outside the orbit of Neptune, 10 times the mass of Earth, would affect the orbit of Saturn, not Cassini," said William Folkner, a planetary scientist at JPL. Folkner develops planetary orbit information used for NASA's high-precision spacecraft navigation. "This could produce a signature in the measurements of Cassini while in orbit about Saturn if the planet was close enough to the sun. But we do not see any unexplained signature above the level of the measurement noise in Cassini data taken from 2004 to 2016."

A recent paper predicts that, if data tracking Cassini's position were available out to the year 2020, they might be used to help rule out some possible locations of the theoretical planet in its long orbit around the sun.

Cassini's mission is planned to end in late 2017, when the spacecraft -- too low on fuel to continue on a longer mission -- will plunge into Saturn's atmosphere.