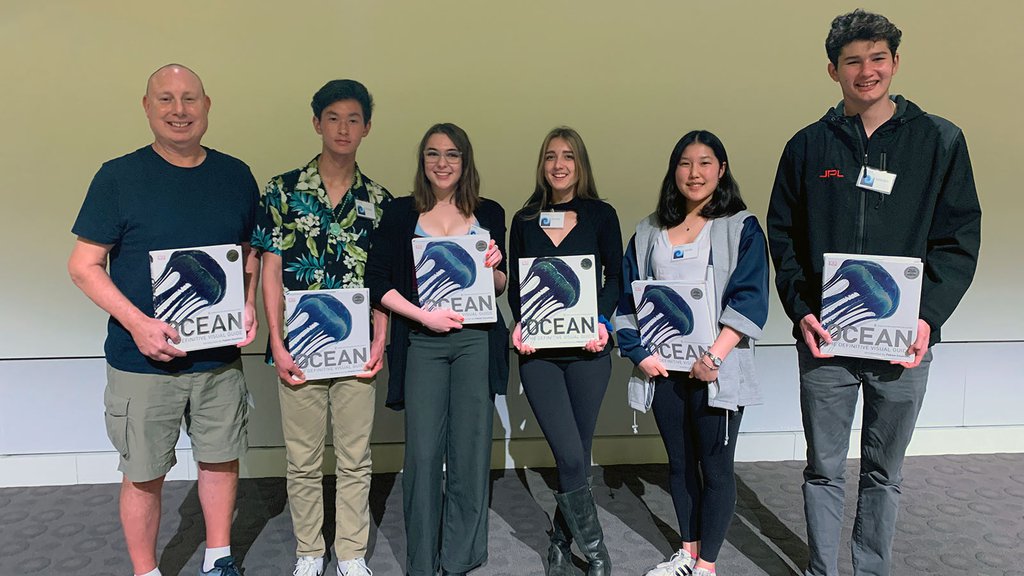 Now on its fifth consecutive win at the JPL-hosted event, the team will move on to the national rounds in April.

On Saturday, Feb. 22, 12 teams representing 11 high schools duked it out for first place at the National Ocean Sciences Bowl Los Angeles regional competition at NASA's Jet Propulsion Laboratory. Hosted by JPL for the past 21 years, the day-long contest (also known as the Surf Bowl) tests knowledge in the biology, chemistry, geology and physics of the oceans, as well as navigation, geography and related history and literature. The teams - each consisting of four students and an alternate - completed a round-robin competition, team challenge questions to test critical thinking and a double-elimination bout.

During a midday break, Francisco Bravo's Team A captain senior Joyce Chung said, "It's a very nerve-wracking competition, but it's also a lot of fun." Her team's strategy? "One step at a time. Step one was to get through the morning rounds."

Santa Monica High's Ingo Gaida was there. In fact, he's been coaching the high school through the competition for two decades. What keeps him going? "It's entertaining, exciting," he said. "I'm a trivia person. I like the challenge of it."