Rover Rounds Martian Dune to Get to the Other Side 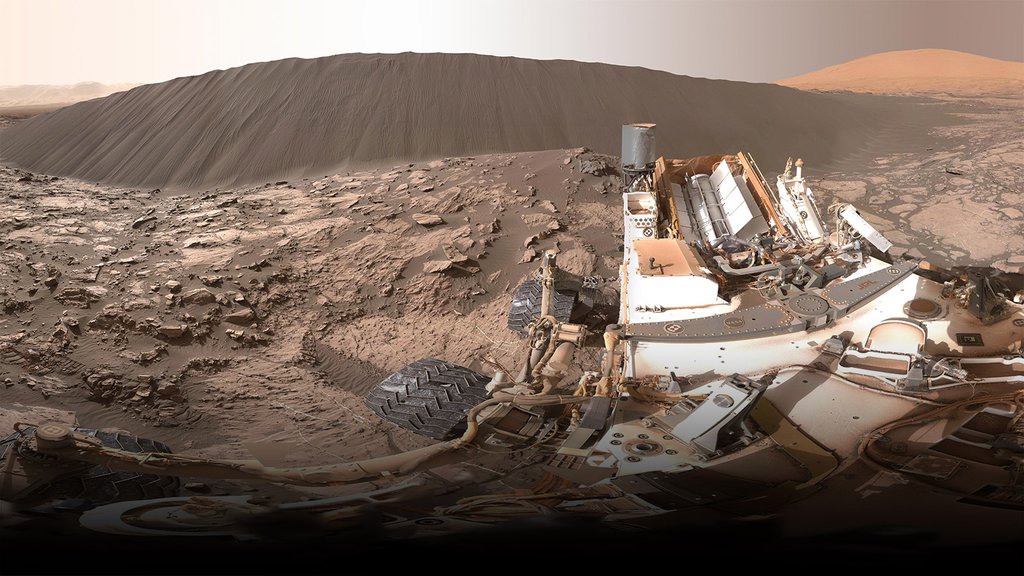 This Dec. 18, 2015, view of the downwind face of "Namib Dune" on Mars covers 360 degrees, including a portion of Mount Sharp on the horizon.› Full image and caption
Credit: NASA/JPL-Caltech/MSSS 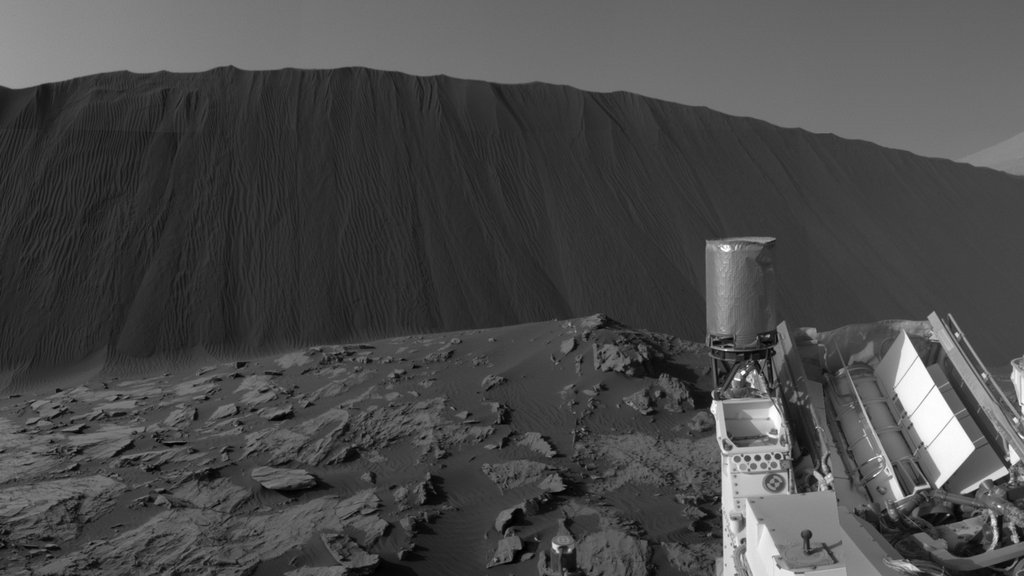 This view from NASA's Curiosity Mars Rover shows the downwind side of a dune about 13 feet high within the Bagnold Dunes field on Mars.› Full image and caption
Credit: NASA/JPL-Caltech 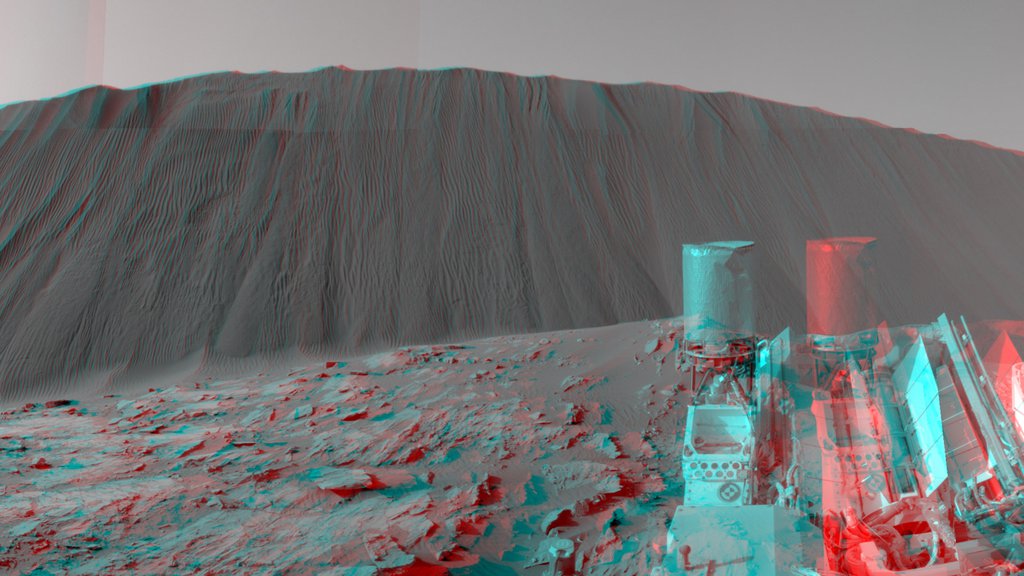 This stereo view from NASA's Curiosity Mars Rover shows the downwind side of a dune about 13 feet high within the Bagnold Dunes on Mars.› Full image and caption
Credit: NASA/JPL-Caltech 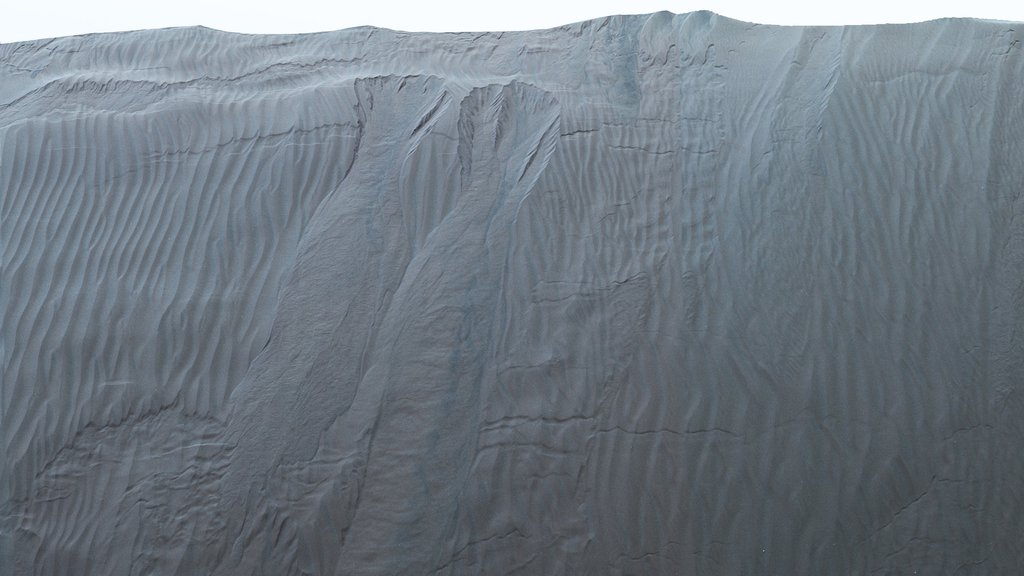 NASA's Curiosity rover has driven to the downwind side of an active sand dune and returned images of cascaded sand.

NASA's Curiosity Mars rover, partway through the first up-close study ever conducted of extraterrestrial sand dunes, is providing dramatic views of a dune's steep face, where cascading sand has sculpted very different textures than the wavy ripples visible on the dune's windward slope.

Panoramic scenes dominated by the steep face of a dune called "Namib Dune" are online at these sites:

Researchers are using Curiosity to examine examples of the Bagnold Dunes, a band of dark sand dunes lining the northwestern flank of Mt. Sharp, the layered mountain the rover is climbing. A characteristic that sets true dunes apart from other wind-shaped bodies of sand, such as drifts and ripples previously visited by Mars rovers, is a steep, downwind slope known as the slip face. Here, sand blowing across the windward side of the dune suddenly becomes sheltered from the wind by the dune itself. The sand falls out of the air and builds up on the slope until it becomes steepened and flows in mini-avalanches down the face.

The mission's dune-investigation campaign is designed to increase understanding about how wind moves and sorts grains of sand, in an environment with less gravity and much less atmosphere than well-studied dune fields on Earth. The Bagnold Dunes are active. Sequential images taken from orbit over the course of multiple years show that some of these dunes are migrating by as much as a yard, or meter, per Earth year.

Curiosity has not caught a sand slide in action, but the rover's images of the Namib Dune slip face show where such slides have occurred recently. These dunes likely are most active in Mars' southern summer, rather than in the current late-fall season.

A few days of rover operations were affected in December due to an arm-motion fault, diagnosed as a minor software issue. Normal use of the arm resumed Dec. 23.