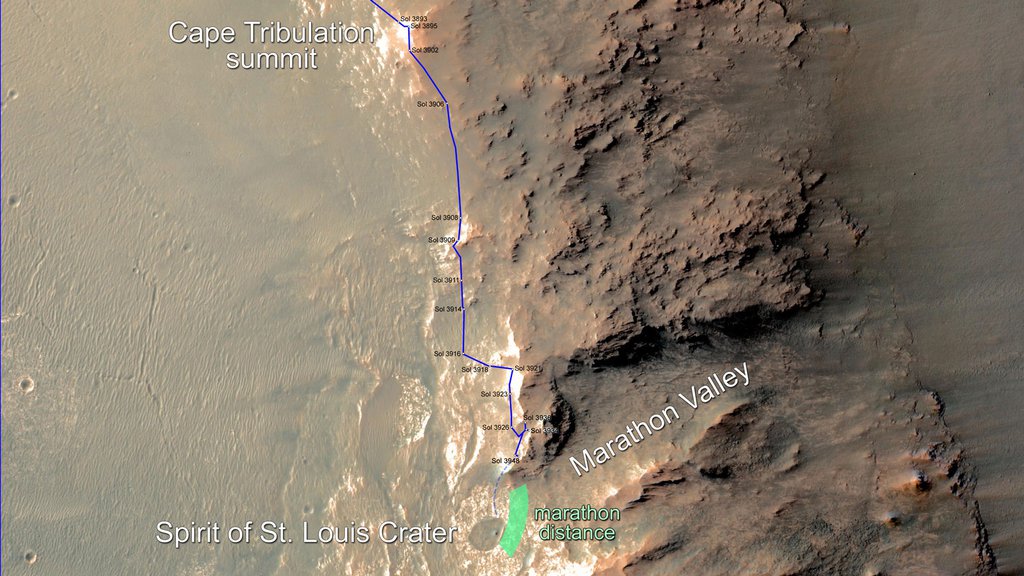 This map updates progress that NASA's Mars Exploration Rover Opportunity is making toward reaching a driving distance equivalent to a marathon footrace.› Full image and caption
Credit: NASA/JPL-Caltech/Univ. of Arizona 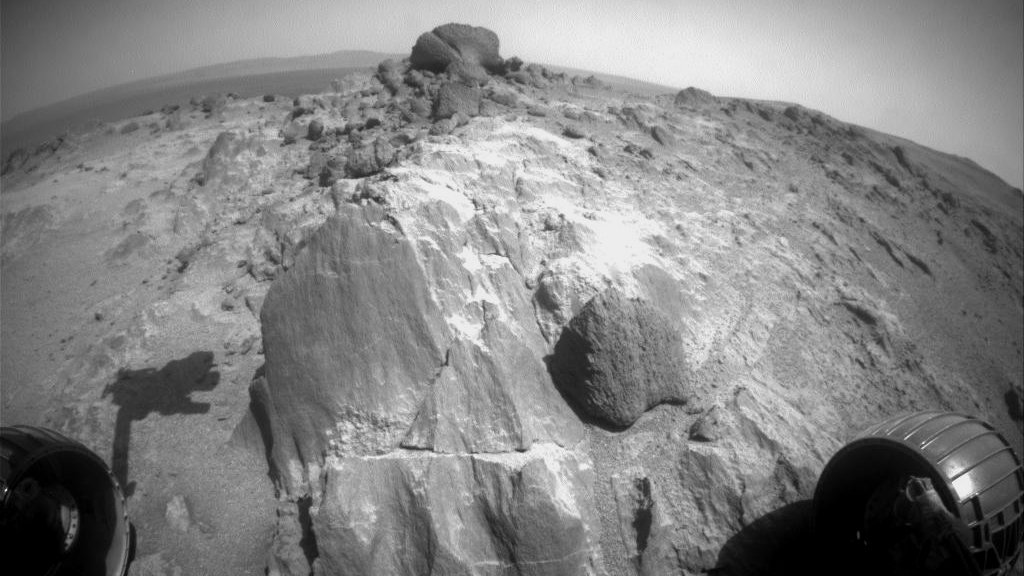 The flat-faced rock near the center of this image is a target for contact investigation by NASA's Mars Exploration Rover Opportunity in early March 2015.› Full image and caption

› Opportunity has switched to a new version of its flight software, with plans for flash memory reformatting.

Near the overlook, it found blocky rocks so unlike any previously examined on Mars that the rover team has delayed other activities to provide time for a thorough investigation.

"We drove to the edge of a plateau to look down in the valley, and we found these big, dark-gray blocks along the ridgeline," said Opportunity Project Scientist Matt Golombek of NASA's Jet Propulsion Laboratory, Pasadena, California. "We checked one and found its composition is different from any ever measured before on Mars. So, whoa! Let's study these more before moving on."

The first rock checked at the site has relatively high concentrations of aluminum and silicon, and an overall composition not observed before by either Opportunity or its twin rover, Spirit. This was determined by examining the rock, called "Jean-Baptiste Charbonneau," with the Alpha Particle X-ray Spectrometer instrument on the end of Opportunity's robotic arm. The next target rock at the site is called "Sergeant Charles Floyd." The team's target-naming theme in the area is from the Lewis and Clark expedition.

Actions to restore use of Opportunity's non-volatile flash file system will resume after inspection of the rocks on this ridge. Due to recurrent problems with the flash memory, including "amnesia events" and computer resets, Opportunity has been operating since late 2014 in a mode that avoids use of the flash memory.

Between the stops at Charbonneau and Floyd, the rover team uploaded to Opportunity a new version of the rover's flight software. The new version is designed to use only six of the rover's seven banks of flash memory. It will avoid the seventh bank, known to be a problem area.