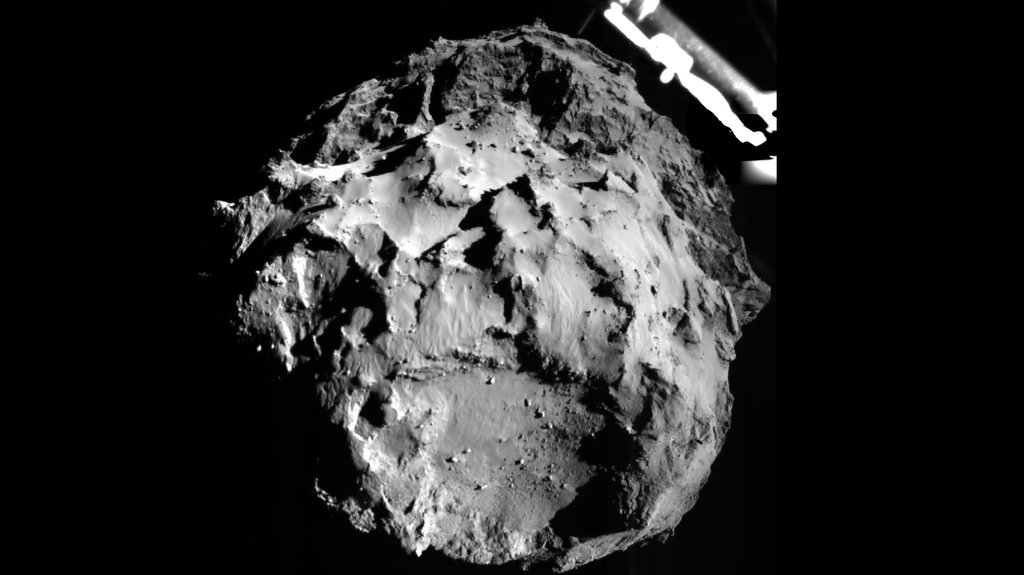 This image of comet 67P/Churyumov-Gerasimenko was taken by the Philae lander of the European Space Agency's Rosetta mission during Philae's descent toward the comet on Nov. 12, 2014. Philae's ROLIS camera took the image from a distance of approximately two miles (three kilometers) from the surface.› Full image and caption
Credit: ESA/Rosetta/Philae/DLR

After a daring seven-hour descent from its mother ship, the European Space Agency's Philae lander achieves a space exploration milestone: the first-ever landing on a comet.