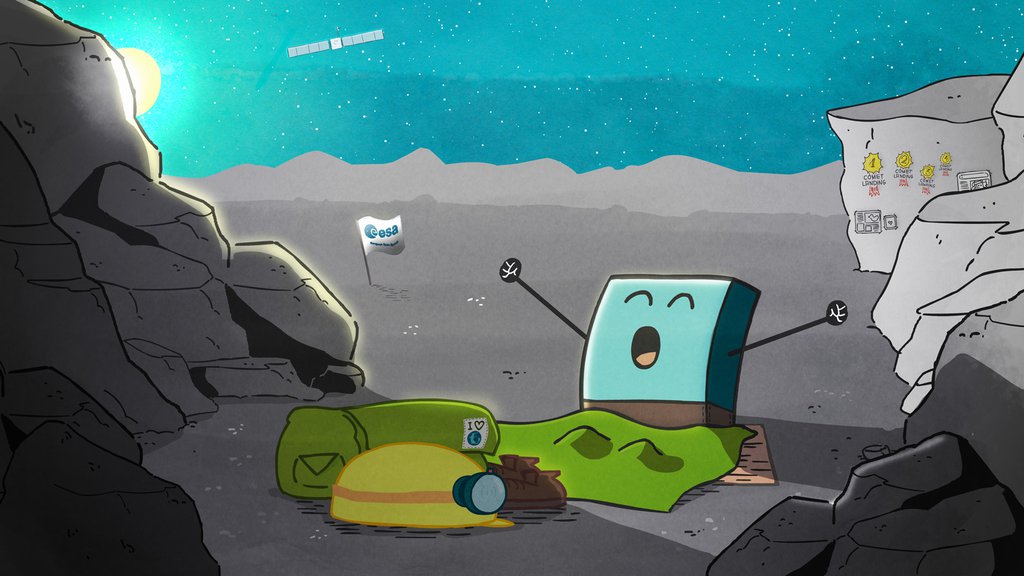 Rosetta's Philae lander wakes up from hibernation on comet 67P/Churyumov-Gerasimenko.

The European Space Agency's Rosetta's lander (Philae) is out of hibernation. The signals were received at ESA's European Space Operations Centre in Darmstadt, Germany at 22:28 local time (CEST) on June 13. Since then, more than 300 data packets have been analyzed by the teams at the Lander Control Center at the German Aerospace Center.

"Philae is doing very well: It has an operating temperature of minus 35 degrees centigrade and has 24 watts available," said the German Aerospace Center's Philae Project Manager Stephan Ulamec. "The lander is ready for operations."

For 85 seconds Philae "spoke" with its team on the ground, via Rosetta, in the first contact since going into hibernation in November 2014.

When analyzing the status data, it became clear that Philae also must have been awake earlier. "We have also received historical data -- so far, however, the lander had not been able to contact us earlier," Ulamec said.

Now the scientists are waiting for the next contact. There are still more than 8,000 data packets in Philae's mass memory, which will give the German Aerospace Center (DLR) team information on what happened to the lander in the past few days on comet 67P/Churyumov-Gerasimenko.

Philae shut down on November 15, 2014, at 1:15 CET, after being in operation on the comet for about 60 hours. Since March 12, 2015, the communication unit on the Rosetta orbiter was turned on to listen out for the lander.