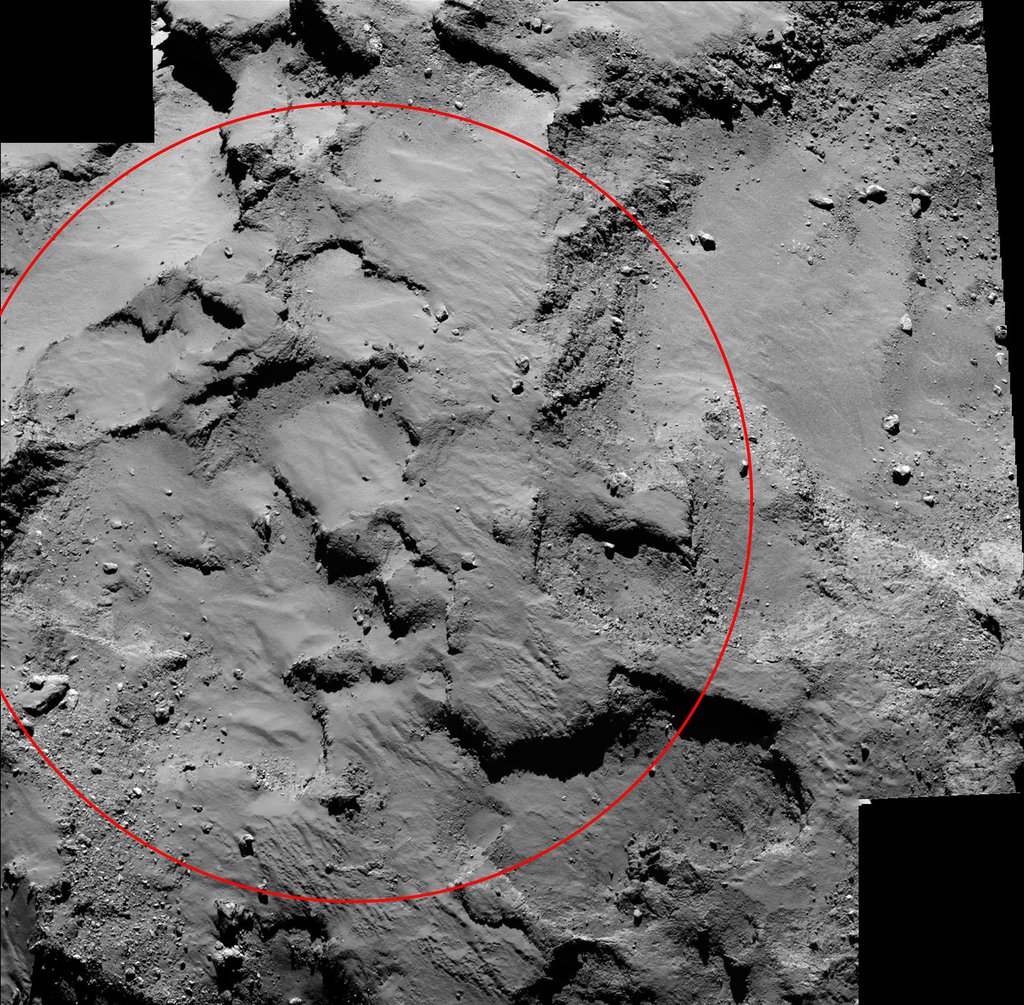 An annotated mosaic from the Rosetta spacecraft shows "Site J," the primary landing site on comet 67P/Churyumov-Gerasimenko for the mission's Philae lander.