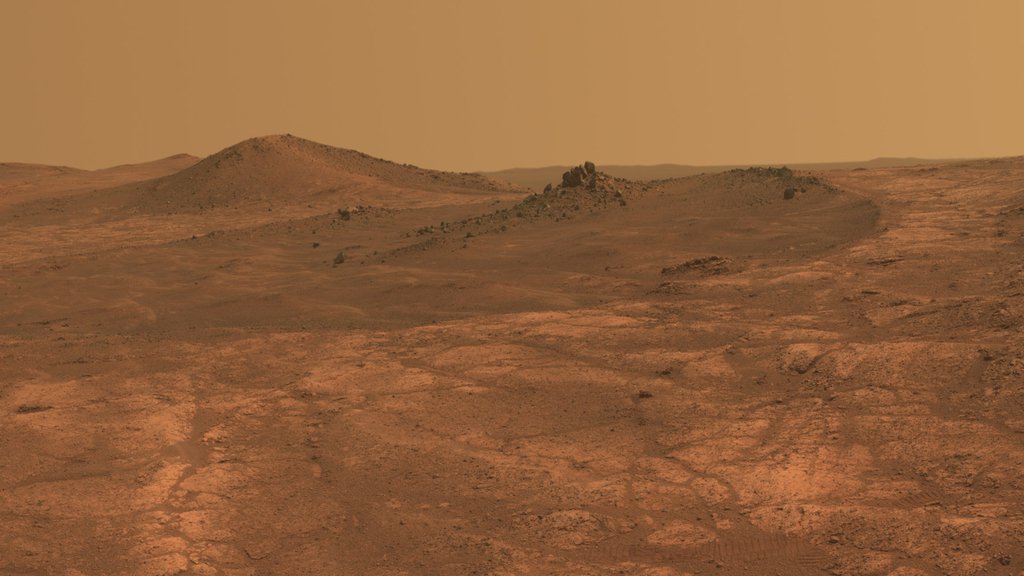 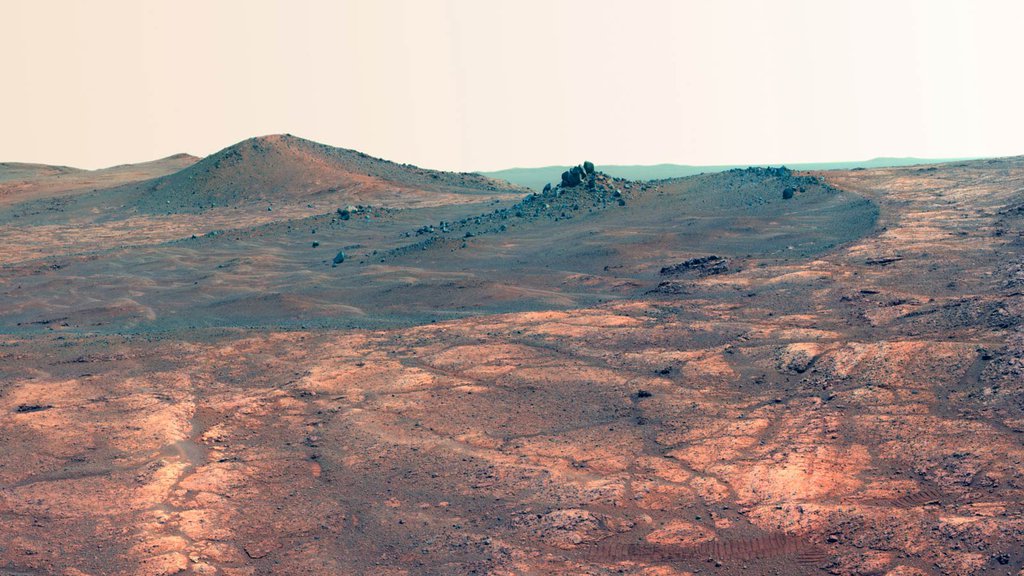 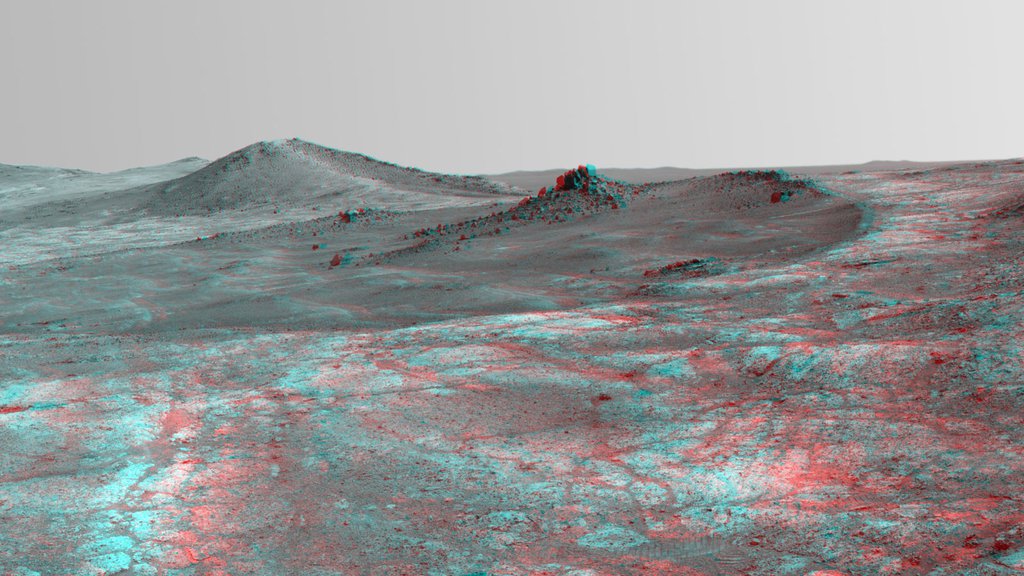 The view is centered toward the northeast. The rover's location and the Spirit of Saint Louis Crater are near the center of a map at:

The unusually shaped Spirit of St. Louis Crater lies on the outer portion of the western rim of Endeavour Crater. Endeavour spans about 14 miles (22 kilometers) in diameter, and Opportunity has been exploring its western rim for about one-third of the rover's mission, which has lasted more than 11 years. Endeavour's elevated western rim extends northward to the left from Spirit of St. Louis Crater in this scene. A glimpse of the far side of Endeavour is visible on either side of the rock spire.

For more about Opportunity's mission, see: