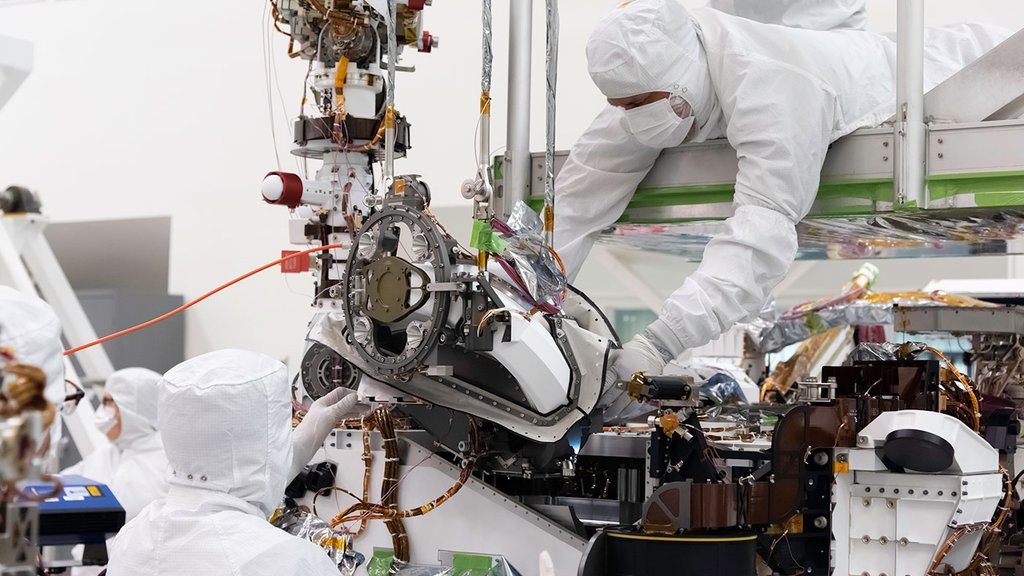 In this August 5, 2019 image, the bit carousel - the heart of sampling and caching subsystem of NASA's Mars 2020 mission - is attached to the front end of the rover.› Full image and caption
Credit: NASA/JPL-Caltech 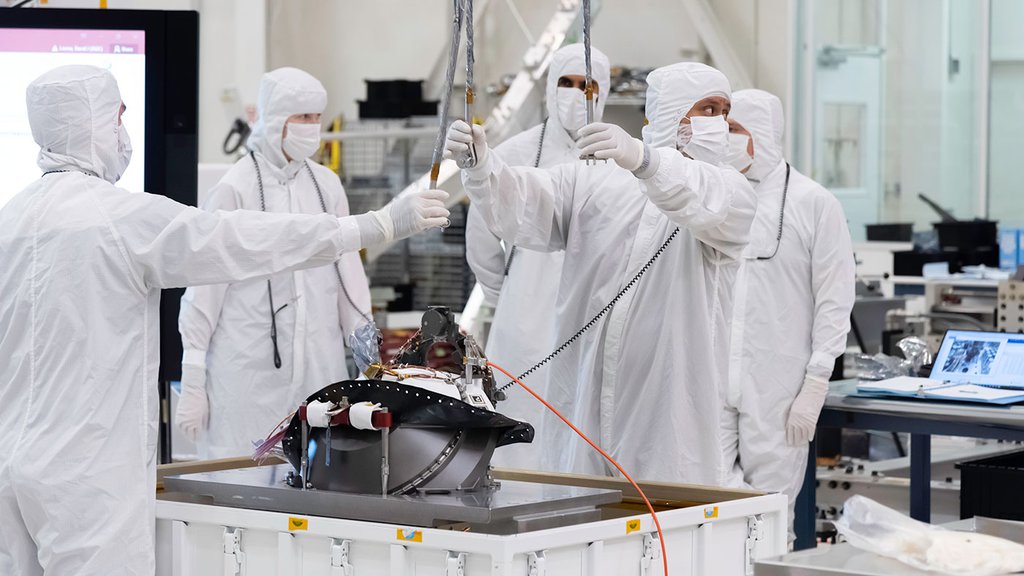 In this image, taken on Aug. 5, 2019, engineers at NASA's JPL lift the Mars 2020 rover's bit carousel from its storage container. The bit carousel is at the heart of the rover's Sample Caching System. NASA/JPL-Caltech › Full image and caption

The bit carousel, which lies at the heart of the rover's Sample Caching System, is now aboard NASA's newest rover.

The bit carousel - a mechanism that will play a key role in the acquisition, containment and eventual return to Earth of humanity's first samples from another planet - has been incorporated into NASA's Mars 2020 rover.

"The bit carousel is at the heart of the sampling and caching subsystem," said Keith Rosette, Mars 2020 sample handling delivery manager at NASA's Jet Propulsion Laboratory in Pasadena, California. "It contains all of the tools the coring drill uses to sample the Martian surface and is the gateway for the samples to move into the rover for assessment and processing."

Looking somewhat like an extraterrestrial version of a 1960s slide projector, Mars 2020's bit carousel is home to nine drill bits that facilitate sample acquisition and surface analysis: two for abrading, one for regolith (rock and soil) and six for coring. The coring and regolith bits are used to place Martian samples in a clean sample collection tube, while the abrader bit is used to scrape the top layers of rocks to expose un-weathered surfaces for study.

When the rover team is ready to drill, the carousel whirrs into action. If, for instance, the goal is to abrade, the carousel maneuvers the appropriate bit into position so that the drill at the end of the rover's robotic arm can extract it. Once the drilling's done, the bit goes back into the carousel.

For core sampling, a sample tube is inserted inside the appropriate bit before the carousel moves the combination into position for the drill. Once the sample tube has been filled, the robotic arm returns the drill bit and tube to the carousel, where they wend their way to processing stations and storage.

"The bit carousel was the last piece of the Mars 2020 rover's Sample Caching System to be installed," said JPL's John McNamee, project manager of Mars 2020. "And while the rover interior is essentially complete - a battery and a camera used during landing are planned in coming weeks - the assembly and test team will not be resting on their laurels. Months of evaluation and fine tuning lie ahead to make absolutely certain this rover is on the launch pad and ready to go on July 17, 2020."