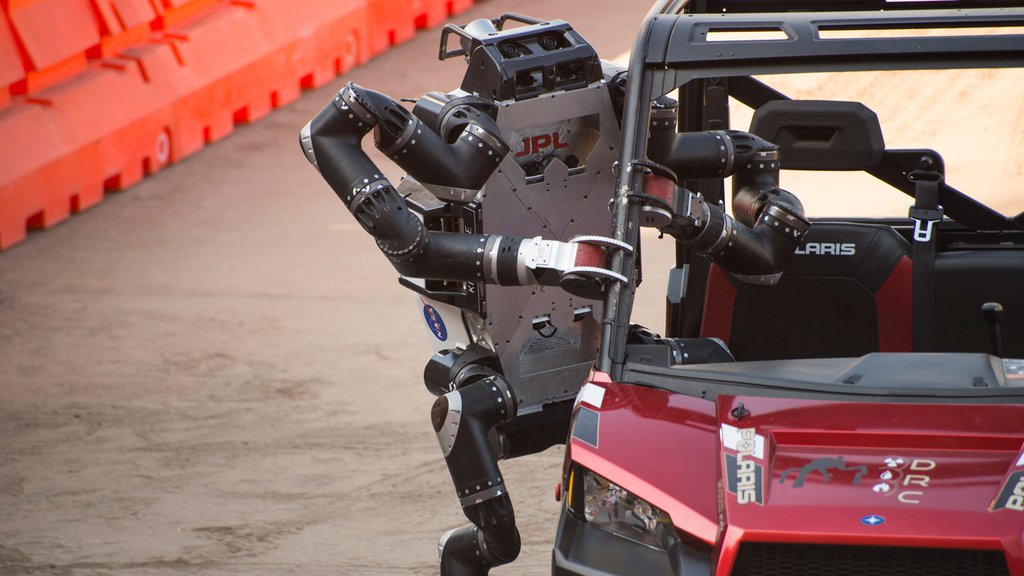 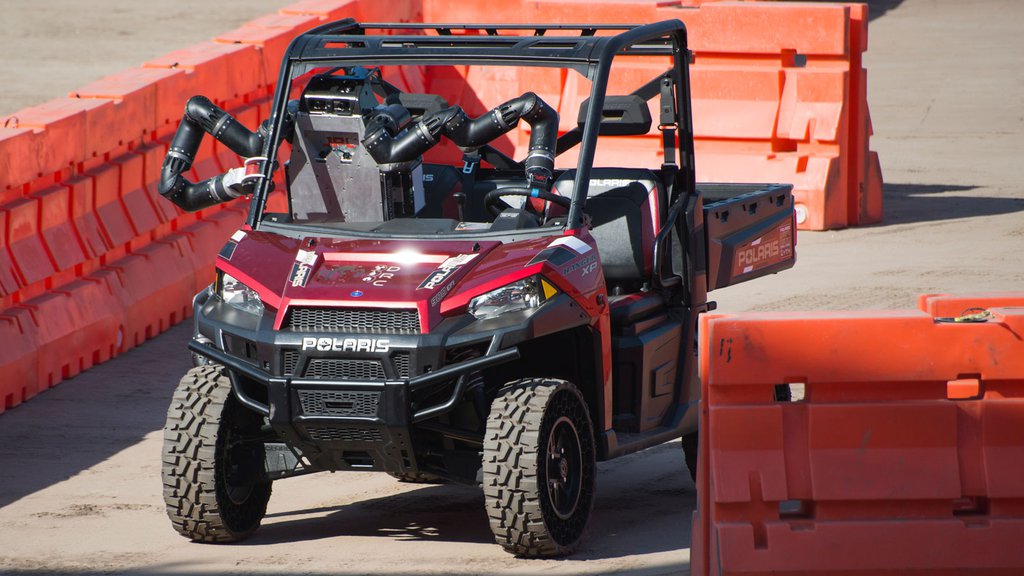 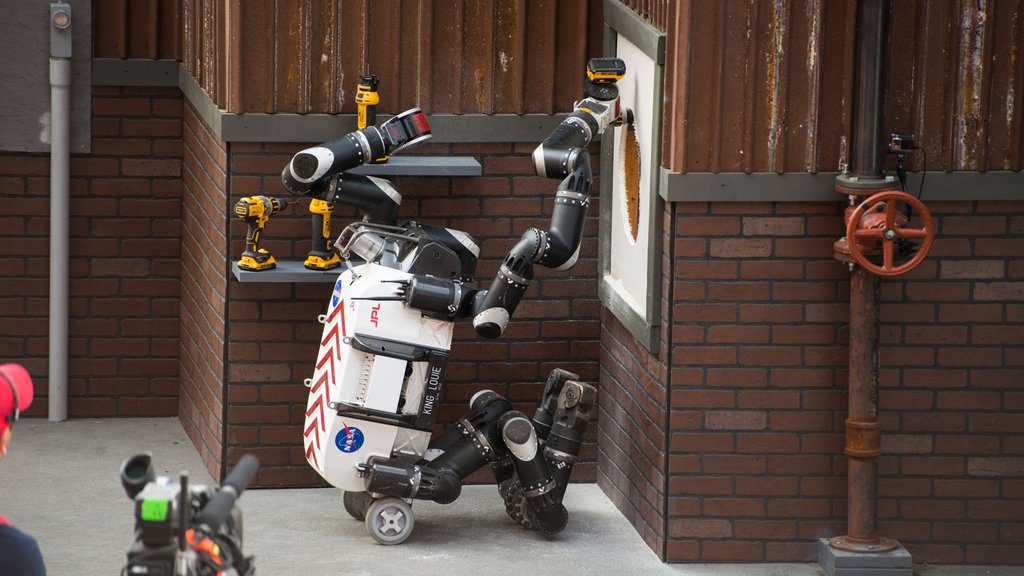 Using a cordless power drill, RoboSimian cuts a hole into a panel of drywall to complete one of the tasks in the DARPA Robotics Challenge Finals.› Full image and caption
Credit: JPL-Caltech 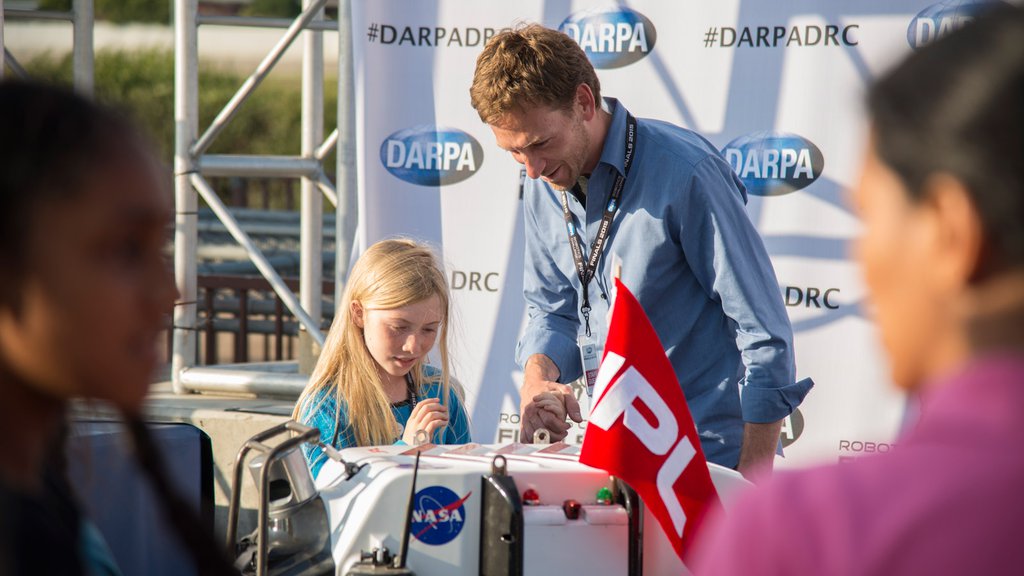 Following each competition run, spectators at the event were able to get a close-up look at the robot competitors and meet the teams who built them.› Full image and caption
Credit: JPL-Caltech 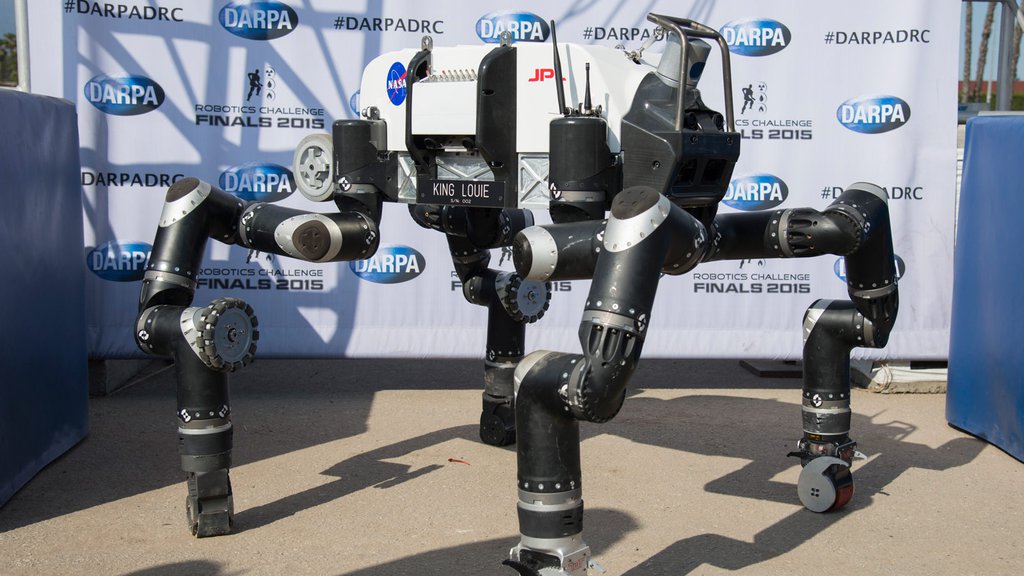 The spindly appearance of JPL's RoboSimian was somewhat unique among competitors in the DARPA Robotics Challenge Finals, as most were bipedal walkers.› Full image and caption
Credit: JPL-Caltech 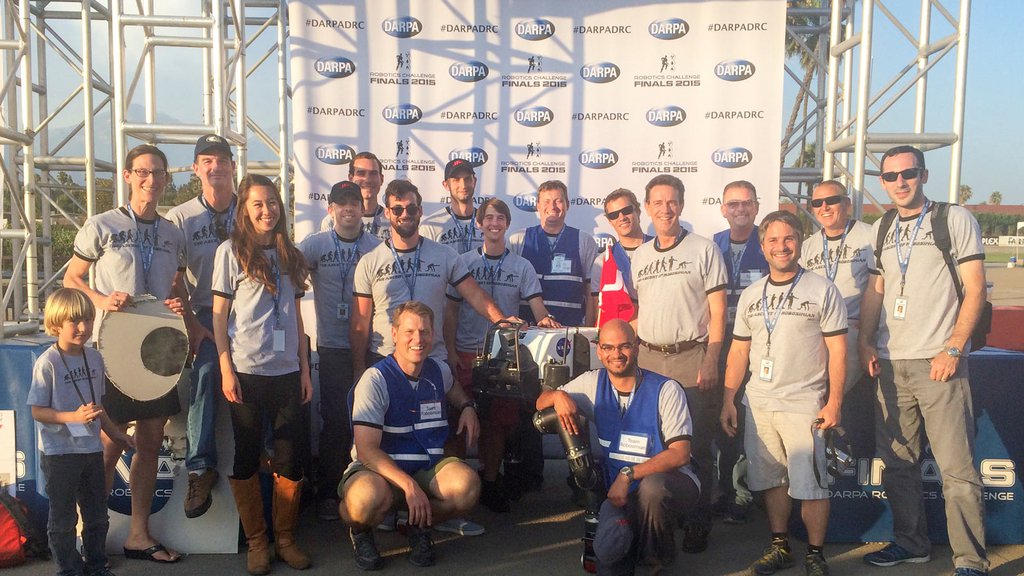 Many members of Team RoboSimian and a few guests gather with competition hardware at a "Meet the Robots" event during the DARPA Robotics Challenge Finals in Pomona, California, on June 6, 2015.› Full image and caption
Credit: JPL-Caltech