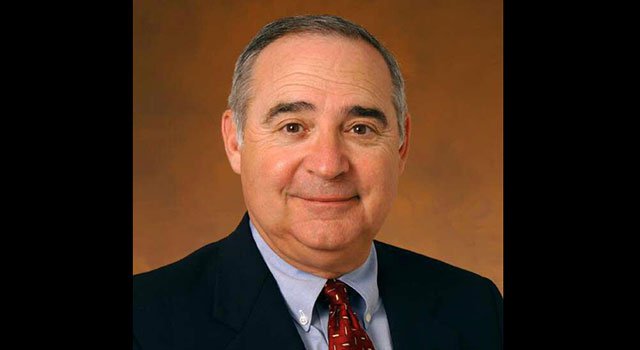 Gen. Eugene Tattini, who has served for the past 12 years as deputy director of NASA's Jet Propulsion Laboratory, Pasadena, Calif., will begin his retirement on Sept. 20.

PASADENA, Calif. -- Gen. Eugene Tattini, who has served for the past 12 years as deputy director of NASA's Jet Propulsion Laboratory, Pasadena, Calif., will begin his retirement on Sept. 20. His successor, U.S. Air Force Lt. Gen. Larry D. James, will assume his duties on Sept. 23.

The deputy director functions as JPL's chief operating officer and is responsible to the director for the day-to-day management of JPL's resources and activities. JPL employs 5,000 scientists, engineers, technicians and business support personnel, and generates $1.5 billion in annual revenue. The California Institute of Technology in Pasadena staffs and manages JPL for NASA.

"We owe our gratitude to General Tattini for his dedication and contributions during the past 12 years, which were filled with numerous successful spacecraft launches and milestones, including the landing of the Mars rover Curiosity," said JPL Director Charles Elachi.

Born in Madison, Wis., Tattini graduated from the Reserve Officer Training Corps program at the University of Illinois before entering the Air Force in 1965. He holds a Master of Business Administration degree from Oklahoma City University, and certificates from the Air War College and Industrial College of the Armed Forces. He was chosen to attend executive development programs at Cornell University, Ithaca, N.Y., and Harvard University, Cambridge, Mass.

"It has been an absolute privilege for me to support the men and women of JPL as deputy director for the past 12 years," Tattini said. "I have seen the incredibly talented people at JPL perform magic, and I continue to be in awe of them. I leave with my congratulations for a job extremely well done."

Tattini and his wife, Jene, will continue to live in Glendale, Calif., minutes away from their daughter, son-in-law and two young grandsons.

Gen. James was selected after a search committee considered a number of distinguished candidates. He has a wide range of experience with space-related activities.

"I look forward to working with General James as we move ahead in the exciting, important and ever-changing field of space exploration and technology," Elachi said.

After graduating with distinction from the U.S. Air Force Academy, James received a master's degree in astronautical engineering from the Massachusetts Institute of Technology, Cambridge.

Most recently, James was the Air Force Deputy Chief of Staff for Intelligence, Surveillance and Reconnaissance in Washington, D.C. Earlier in his career, he trained as an Air Force payload specialist for the space shuttle program. James also served as vice commander of the USAF Space and Missile Systems Center in Los Angeles and as commander of the 14th Air Force at Vandenberg Air Force base in California, where he was responsible for all Department of Defense satellite and launch systems.

"I'm truly excited to be a part of the amazing JPL team," Gen. James said. "As someone who has loved space exploration since I was a kid, there's no better place to be."

James lives in Altadena, Calif., with his wife, Susan. They have a daughter and son-in-law in New York City and a daughter in Nice, France.