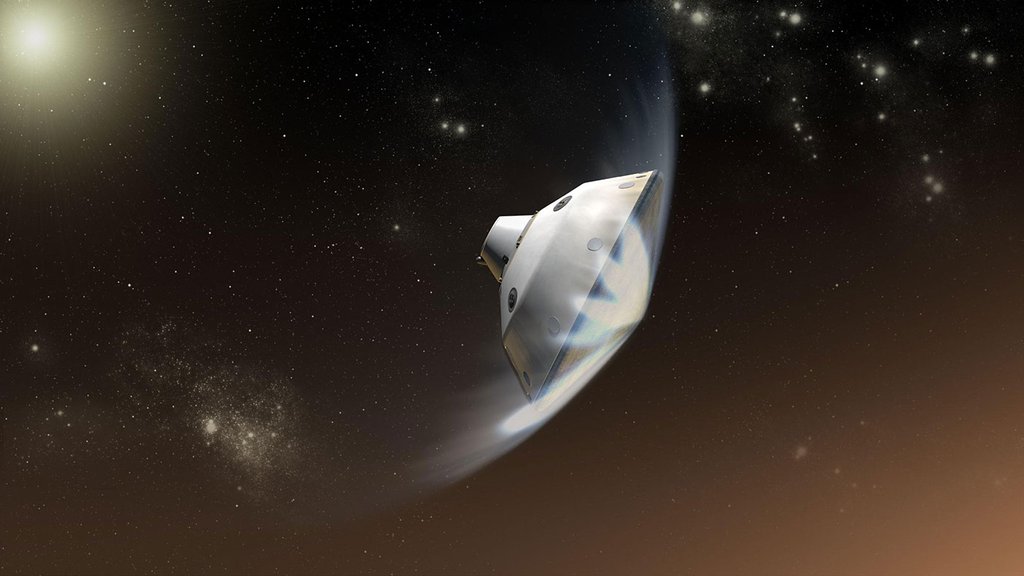 A post-test inspection of the composite structure for a heat shield to be used on the Mars 2020 mission revealed that a fracture occurred during structural testing.

A post-test inspection of the composite structure for a heat shield to be used on the Mars 2020 mission revealed that a fracture occurred during structural testing. The mission team is working to build a replacement heat shield structure. The situation will not affect the mission's launch readiness date of July 17, 2020.

Project management at NASA's Jet Propulsion Laboratory in Pasadena, California, is working with contractor Lockheed Martin Space, Denver, to understand the cause of the fracture and determine whether any design changes need to be incorporated into a replacement.

The fracture, which occurred near the shield's outer edge and spans the circumference of the component, was discovered on April 12, after the shield completed a week-long test at the Lockheed Martin Space facility. The test was designed to subject the heat shield to forces up to 20 percent greater than those expected during entry into the Martian atmosphere. While the fracture was unexpected, it represents why spaceflight hardware is tested in advance so that design changes or fixes can be implemented prior to launch.

The heat shield is part of the thermal protection system and aeroshell designed to encapsulate and protect the Mars 2020 rover and landing system from the intense heat generated during descent into the Martian atmosphere. The structure was originally tested in 2008 and wasone of two heat shields manufactured in support of the Mars Science Laboratory mission, which successfully landed the Curiosity rover on Mars in August 2012.

The current heat shield will be repaired in order to support the prelaunch spacecraft testing while a new heat shield structure is readied for flight over the next year. Once the new structure is complete and tested, the thermal protection tiles will then be installed for flight, and the heatshield and other components of the aeroshell will be delivered to NASA's Kennedy Space Center in Florida for final spacecraft processing prior to launch.

The Mars 2020 Project at JPL manages the Mars 2020 spacecraft development for the Science Mission Directorate at NASA Headquarters in Washington.