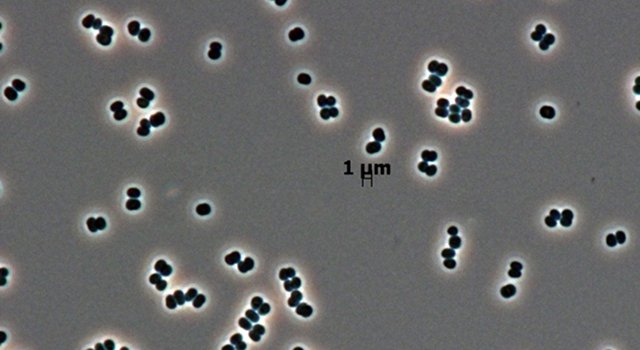 This microscopic image shows dozens of individual bacterial cells of the recently discovered species Tersicoccus phoenicis. This species has been found in only two places: clean rooms in Florida and South America where spacecraft are assembled for launch. Spacecraft clean rooms are one of the most thoroughly checked environments on Earth for what microbes are present. The monitoring provides an indication of what species might get into space aboard a spacecraft. The image includes a scale bar showing that each of the bacterial cells is about one micrometer, or micron, across (about 0.00004 inch).› Full image and caption
Credit: NASA/JPL-Caltech | 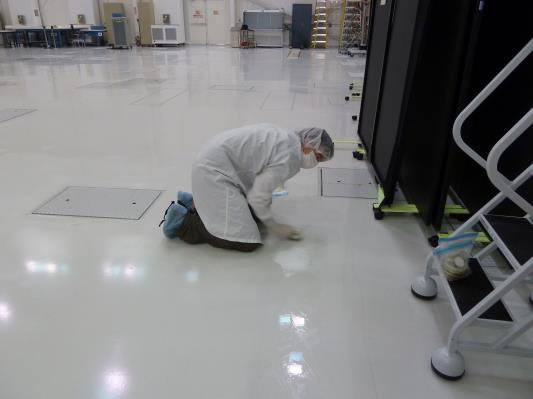 A microbiologist collects a swab sample from the floor of a spacecraft assembly clean room at NASA's Jet Propulsion Laboratory. Samples such as this are taken frequently during the assembly of a spacecraft and analyzed for a census of the types and numbers of microbes present in the clean room.› Full image and caption
Credit: NASA/JPL-Caltech

A newly discovered microbe that survives on very little to eat has been found in only two places on Earth: spacecraft clean rooms in Florida and South America.