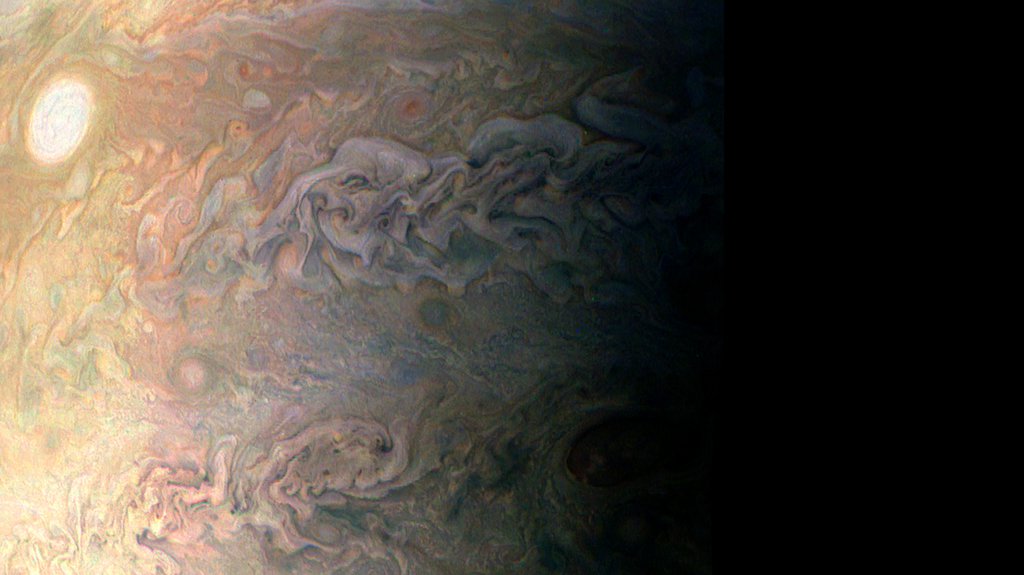 For the first time, the public can vote on which pictures the spacecraft's JunoCam imager takes of Jupiter.

Where should NASA's Juno spacecraft aim its camera during its next close pass of Jupiter on Feb. 2? You can now play a part in the decision. For the first time, members of the public can vote to participate in selecting all pictures to be taken of Jupiter during a Juno flyby. Voting begins Thursday, Jan. 19 at 11 a.m. PST (2 p.m. EST) and concludes on Jan. 23 at 9 a.m. PST (noon EST).

"We are looking forward to people visiting our website and becoming part of the JunoCam imaging team," said Candy Hansen, Juno co-investigator from the Planetary Science Institute, Tucson, Arizona. "It's up to the public to determine the best locations in Jupiter's atmosphere for JunoCam to capture during this flyby."

The voting page for this flyby is available at:

JunoCam will begin taking pictures as the spacecraft approaches Jupiter's north pole. Two hours later, the imaging will conclude as the spacecraft completes its close flyby, departing from below the gas giant's south pole. Juno is currently on its fourth orbit around Jupiter. It takes 53 days for Juno to complete one orbit.

"The pictures JunoCam can take depict a narrow swath of territory the spacecraft flies over, so the points of interest imaged can provide a great amount of detail," said Hansen. "They play a vital role in helping the Juno science team establish what is going on in Jupiter's atmosphere at any moment. We are looking forward to seeing what people from outside the science team think is important."

There will be a new voting page for each upcoming flyby of the mission. On each of the pages, several points of interest will be highlighted that are known to come within the JunoCam field of view during the next close approach. Each participant will get a limited number of votes per orbit to devote to the points of interest he or she wants imaged. After the flyby is complete, the raw images will be posted to the JunoCam website, where the public can perform its own processing.

"It is great to be able to share excitement and science from the Juno mission with the public in this way," said Scott Bolton, Juno principal investigator from the Southwest Research Institute in San Antonio. "Amateur scientists, artists, students and whole classrooms are providing the world with their unique perspectives of Jupiter. I am really pleased that this website is having such a big impact and allowing so many people to join the Juno science team. The public involvement is really affecting how we look at the most massive planetary inhabitant in our solar system."

JunoCam is a color, visible-light camera designed to capture remarkable pictures of Jupiter's poles and cloud tops. As Juno's eyes, it will provide a wide view of Jupiter over the course of the mission, helping to provide context for the spacecraft's other instruments. JunoCam was included on the spacecraft primarily for public engagement purposes, although its images also are helpful to the science team.