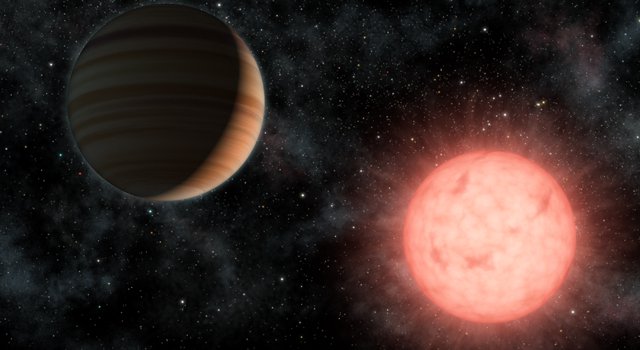 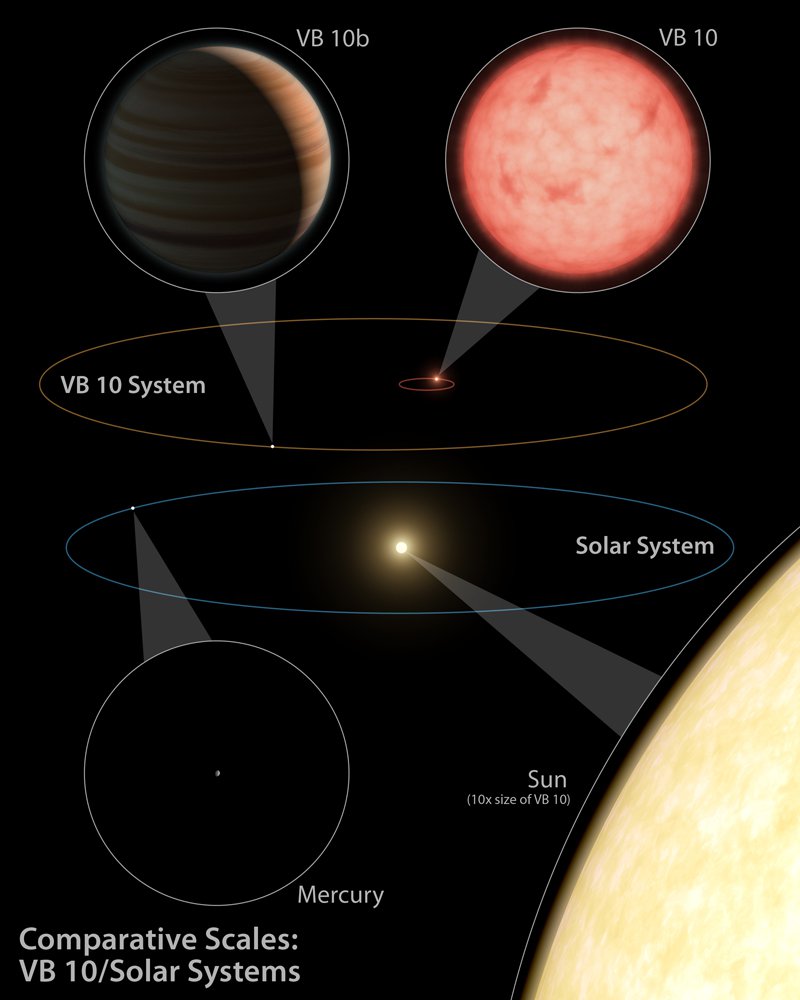 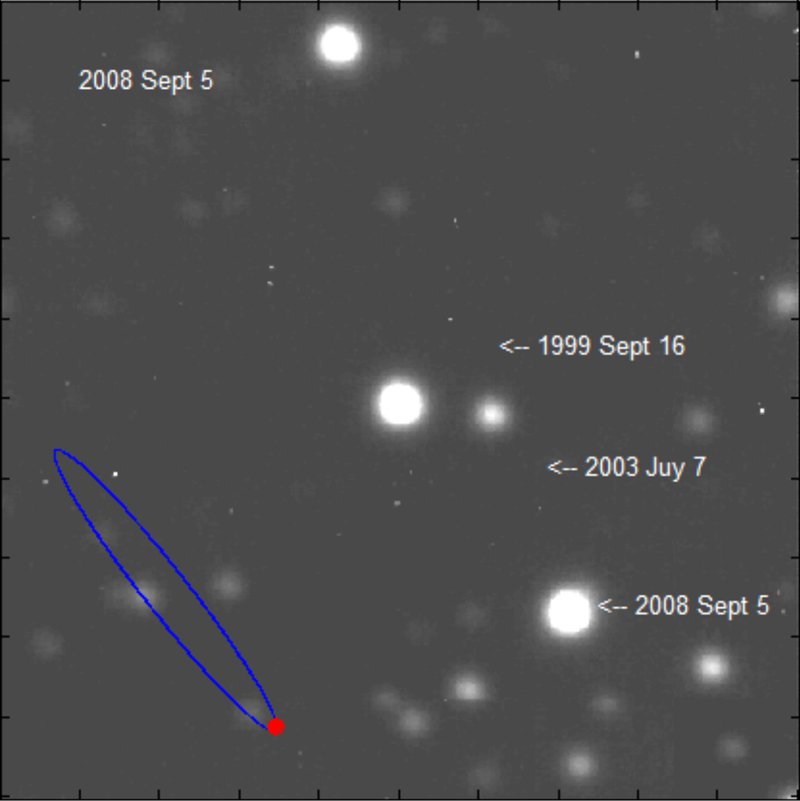 This movie shows the star VB 10 moving across the sky over a period of nine years.› View image caption and video.
Credit: NASA/JPL-Caltech/Palomar

A long-proposed tool for hunting planets has netted its first catch -- a Jupiter-like planet orbiting one of the smallest stars known.

PASADENA, Calif. -- A long-proposed tool for hunting planets has netted its first catch -- a Jupiter-like planet orbiting one of the smallest stars known.

The technique, called astrometry, was first attempted 50 years ago to search for planets outside our solar system, called exoplanets. It involves measuring the precise motions of a star on the sky as an unseen planet tugs the star back and forth. But the method requires very precise measurements over long periods of time, and until now, has failed to turn up any exoplanets.

A team of two astronomers from NASA's Jet Propulsion Laboratory, Pasadena, Calif., has, for the past 12 years, been mounting an astrometry instrument to a telescope at the Palomar Observatory near San Diego. After careful, intermittent observations of 30 stars, the team has identified a new exoplanet around one of them -- the first ever to be discovered around a star using astrometry.

"This method is optimal for finding solar-system configurations like ours that might harbor other Earths," said astronomer Steven Pravdo of JPL, lead author of a study about the results to be published in the Astrophysical Journal. "We found a Jupiter-like planet at around the same relative place as our Jupiter, only around a much smaller star. It's possible this star also has inner rocky planets. And since more than seven out of 10 stars are small like this one, this could mean planets are more common than we thought."

The finding confirms that astrometry could be a powerful planet-hunting technique for both ground- and space-based telescopes. For example, a similar technique would be used by SIM Lite, a NASA concept for a space-based mission that is currently being explored.

The newfound exoplanet, called VB 10b, is about 20 light-years away in the constellation Aquila. It is a gas giant, with a mass six times that of Jupiter's, and an orbit far enough away from its star to be labeled a "cold Jupiter" similar to our own. In reality, the planet's own internal heat would give it an Earth-like temperature.

The planet's star, called VB 10, is tiny. It is what's known as an M-dwarf and is only one-twelfth the mass of our sun, just barely big enough to fuse atoms at its core and shine with starlight. For years, VB 10 was the smallest star known -- now it has a new title: the smallest star known to host a planet. In fact, though the star is more massive than the newfound planet, the two bodies would have a similar girth.

Because the star is so small, its planetary system would be a miniature, scaled-down version of our own. For example, VB 10b, though considered a cold Jupiter, is located about as far from its star as Mercury is from the sun. Any rocky Earth-size planets that might happen to be in the neighborhood would lie even closer in.

"Some other exoplanets around larger M-dwarf stars are also similar to our Jupiter, making the stars fertile ground for future Earth searches," said Stuart Shaklan, Pravdo's co-author and the SIM Lite instrument scientist at JPL. "Astrometry is best suited to find cold Jupiters around all kinds of stars, and thus to find more planetary systems arranged like our home."

Two to six times a year, for the past 12 years, Pravdo and Shaklan have bolted their Stellar Planet Survey instrument onto Palomar's five-meter Hale telescope to search for planets. The instrument, which has a 16-megapixel charge-coupled device, or CCD, can detect very minute changes in the positions of stars. The VB 10b planet, for instance, causes its star to wobble a small fraction of a degree. Detecting this wobble is equivalent to measuring the width of a human hair from about three kilometers away.

Other ground-based planet-hunting techniques in wide use include radial velocity and the transit method. Like astrometry, radial velocity detects the wobble of a star, but it measures Doppler shifts in the star's light caused by motion toward and away from us. The transit method looks for dips in a star's brightness as orbiting planets pass by and block the light. NASA's space-based Kepler mission, which began searching for planets on May 12, will use the transit method to look for Earth-like worlds around stars similar to the sun.

"This is an exciting discovery because it shows that planets can be found around extremely light-weight stars," said Wesley Traub, the chief scientist for NASA's Exoplanet Exploration Program at JPL. "This is a hint that nature likes to form planets, even around stars very different from the sun."