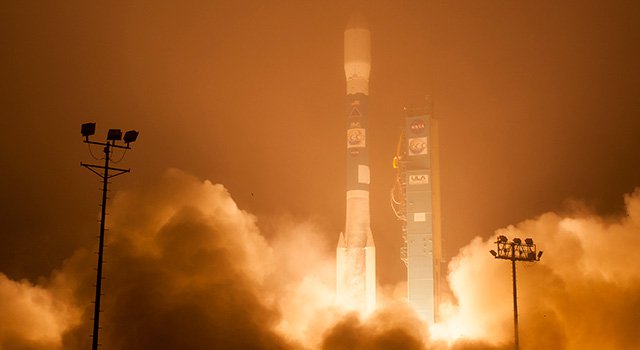 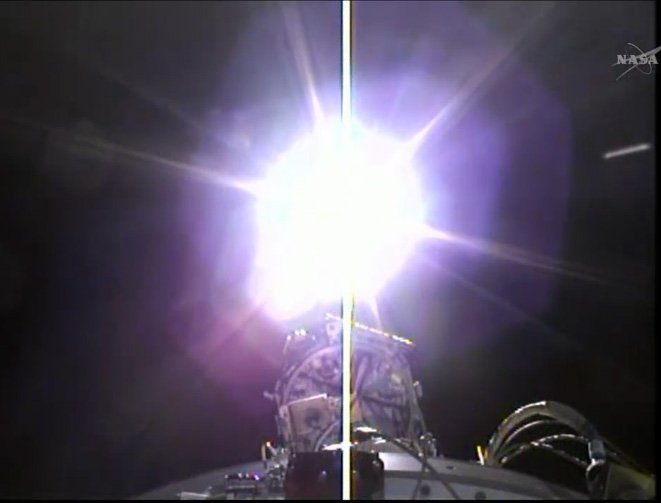 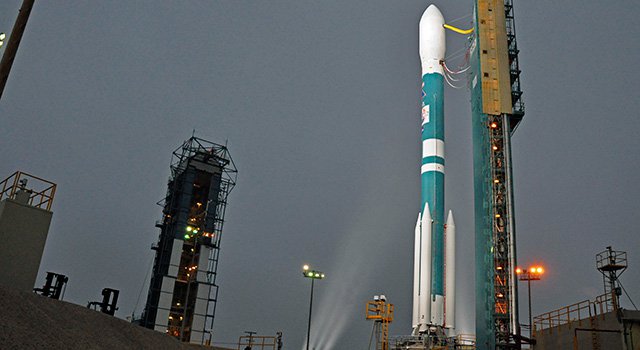 The Orbiting Carbon Observatory-2 has launched into the night skies above the Pacific Ocean.

- Engineers have successfully established communication with the Orbiting Carbon Observatory-2.

- The Orbiting Carbon Observatory-2 has separated from the Delta II rocket that boosted it to space as planned, and has begun unfurling its twin solar arrays.

- The two stages of the rocket carrying the Orbiting Carbon Observatory-2 have separated. The fairing encapsulating the spacecraft has opened and has been jettisoned as planned.

- The Orbiting Carbon Observatory-2 has launched into the night skies above the Pacific Ocean.

The OCO-2 mission will produce the most detailed picture to date of natural sources of carbon dioxide, as well as their "sinks" -- places on Earth's surface where carbon dioxide is removed from the atmosphere. The observatory will study how these sources and sinks are distributed around the globe and how they change over time.

The launch weather forecast is unchanged, with a 100 percent chance of favorable conditions at liftoff, which is targeted for 2:56:23 PDT (5:56:23 EDT) at the opening of a 30-second launch window. OCO-2, the first dedicated NASA mission to monitor atmospheric carbon dioxide on global scales, has only a 30-second launch window each day. The launch window is short because the spacecraft needs to be precisely aligned within a series of Earth-observing satellites known as the "A-Train."

The United Launch Alliance Delta II rocket carrying OCO-2 will lift off from Space Launch Complex 2 West at Vandenberg. Three solid rocket motors are ignited just prior to liftoff to boost the rocket, and are jettisoned about 100 seconds later. The main engine will cut off, a phase known as MECO for Main Engine Cut-Off, a bit more than four minutes into the flight. Eight seconds later, the rocket's first and second stages will separate.

During the second stage burn, the payload fairing, or launch vehicle nose cone, will separate into two halves, like a clamshell, falling away at approximately five minutes after liftoff. The second engine cuts out (SECO-1) about five minutes later.