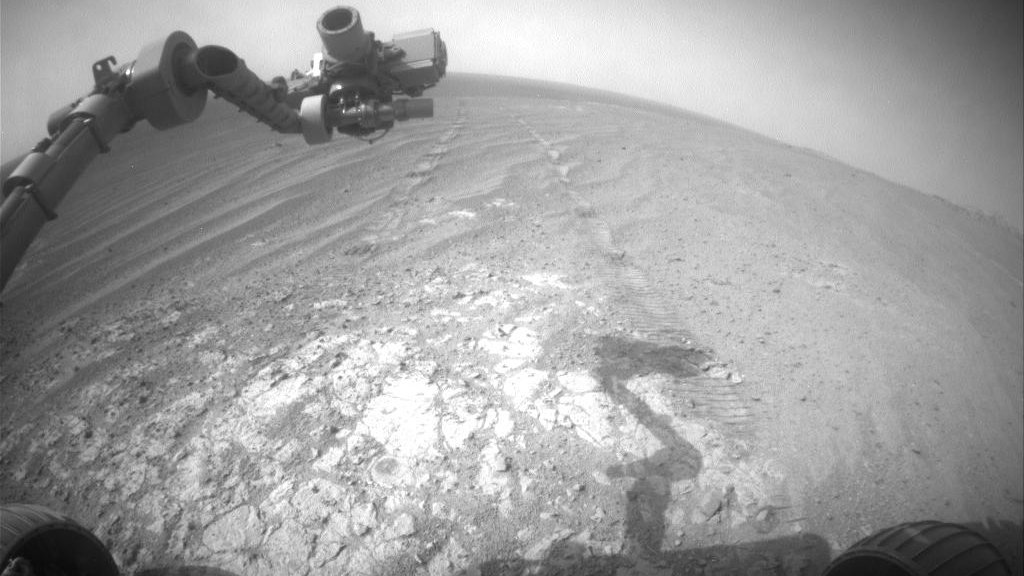 NASA's Mars Exploration Rover Opportunity is continuing its traverse southward on the western rim of Endeavour Crater during the fall of 2014, stopping to investigate targets of scientific interest along way.› Full image and caption
Credit: NASA/JPL-Caltech

Persistent computer resets and "amnesia" events that have occurred after reformatting the flash memory on the Opportunity rover have prompted a shift to a working mode that avoids the flash data-storage system.

Persistent computer resets and "amnesia" events on NASA's Mars Exploration rover Opportunity that have occurred after reformatting the robot's flash memory have prompted a shift to a working mode that avoids use of the flash data-storage system.

The most recent reformatting of Opportunity's flash memory was last week. Following that, performance of the flash memory remained intermittent, and difficulty in placing data into the memory led to computer resets during the weekend.

Flash memory retains information even when power is shut off during the rover's overnight power-conserving "sleep" time. In the no-flash mode, the rover can continue normal operations of science observations and driving, though it cannot store data during the overnight sleep. Data gathered each Martian day is stored in volatile memory, which on Opportunity is random-access memory, or RAM. That data stored in volatile memory is relayed Earthward before sleep because it is lost when power goes off.

The team is developing a set of commands to restore usability of the flash memory through an overhaul more extensive than the reformatting that has been used so far. The incidents of Opportunity's flash memory not accepting data for storage have occurred in only one of the seven banks of flash microchip circuitry on board. The team plans to send commands for the rover to avoid that entire bank.

"The mission can continue without storing data to flash memory, and instead store data in volatile RAM," said Mars Exploration Rover Project Manager John Callas or NASA's Jet Propulsion Laboratory, Pasadena, California. "While we're operating Opportunity in that mode, we are also working on an approach to make the flash memory usable again. We will be sure to give this approach exhaustive reviews before implementing those changes on the rover."

Opportunity is examining outcrops on the western rim of Endeavour Crater while traversing southward toward "Marathon Valley," where clay minerals have been detected in observations by NASA's Mars Reconnaissance Orbiter.