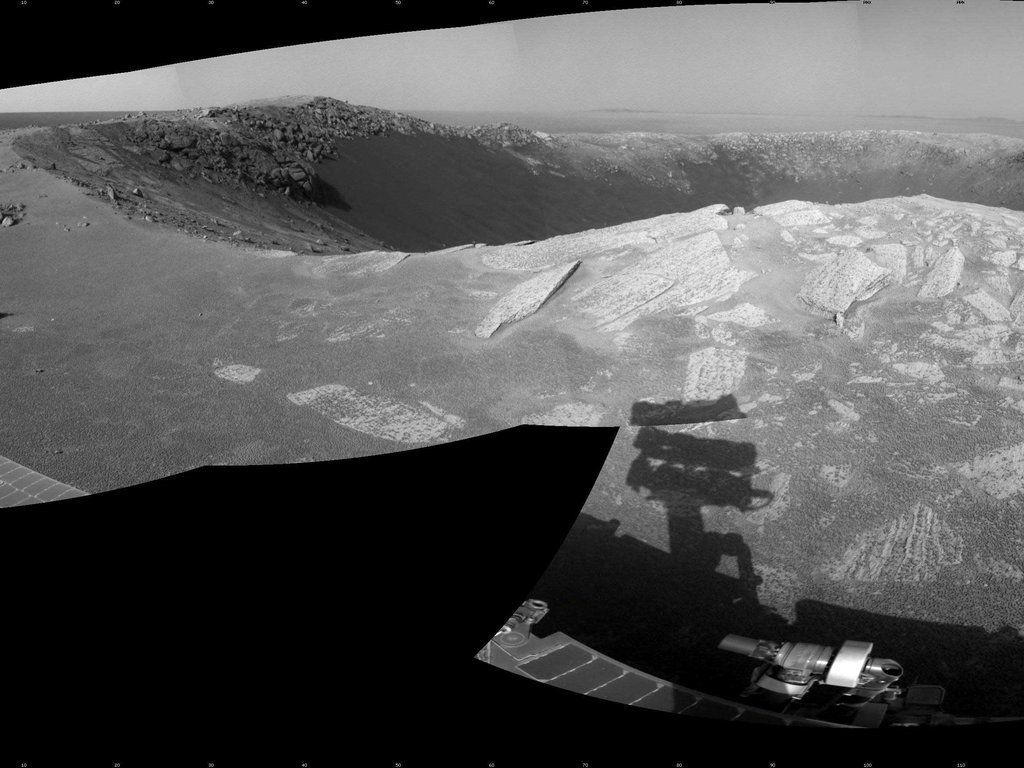 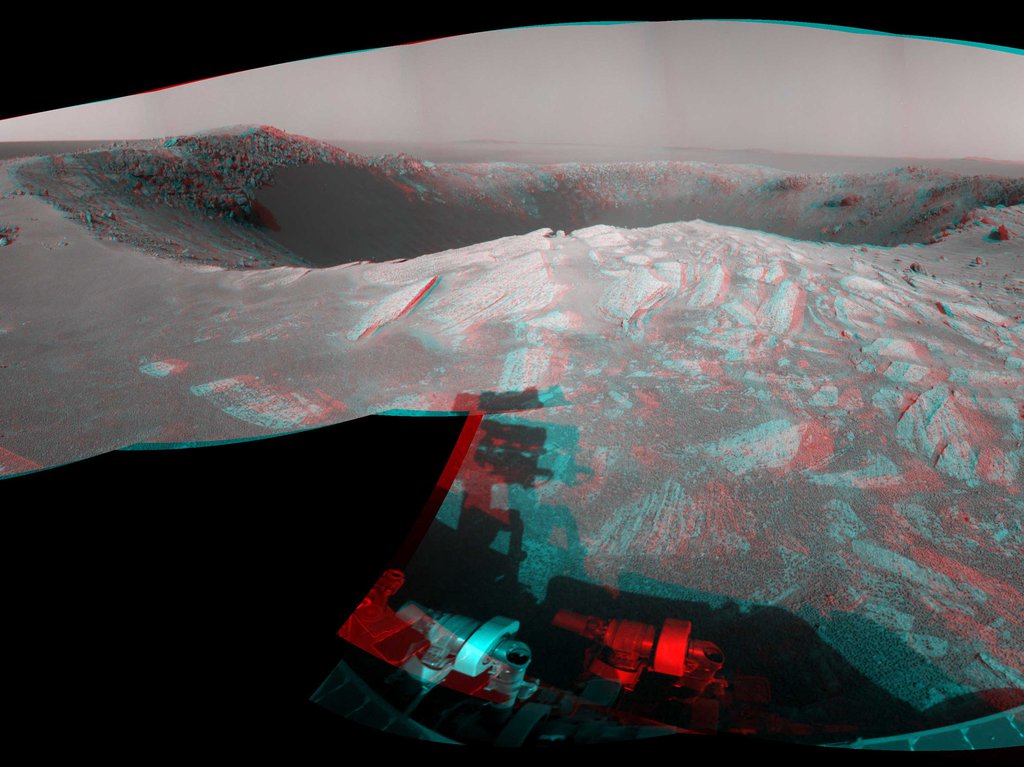 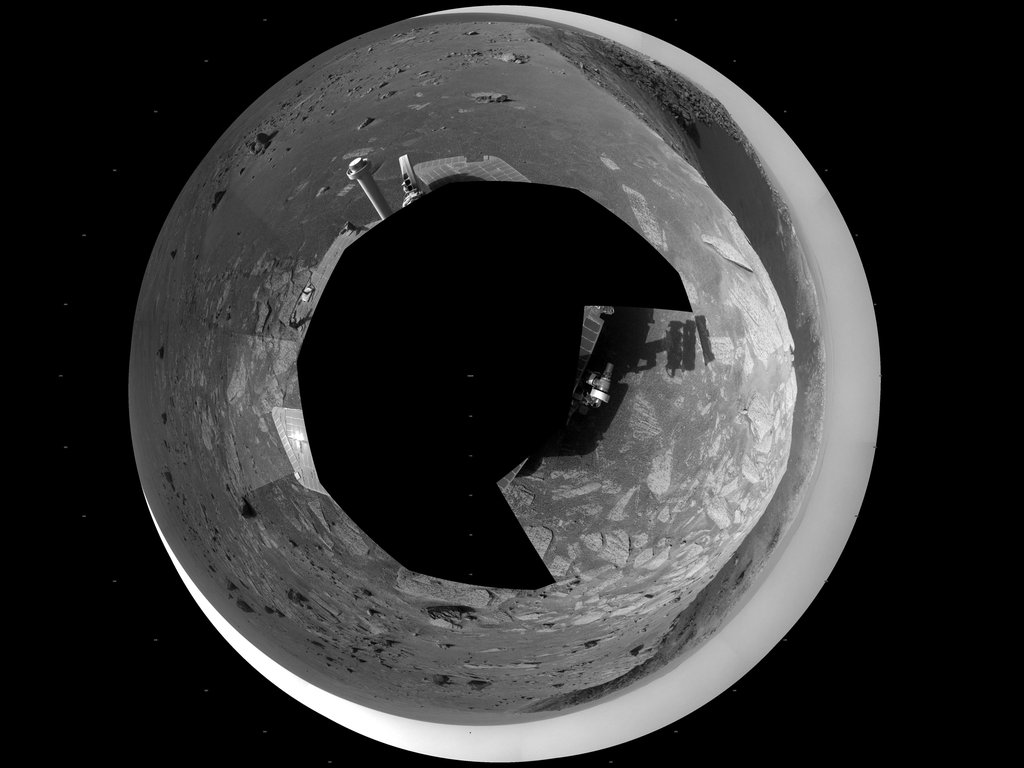 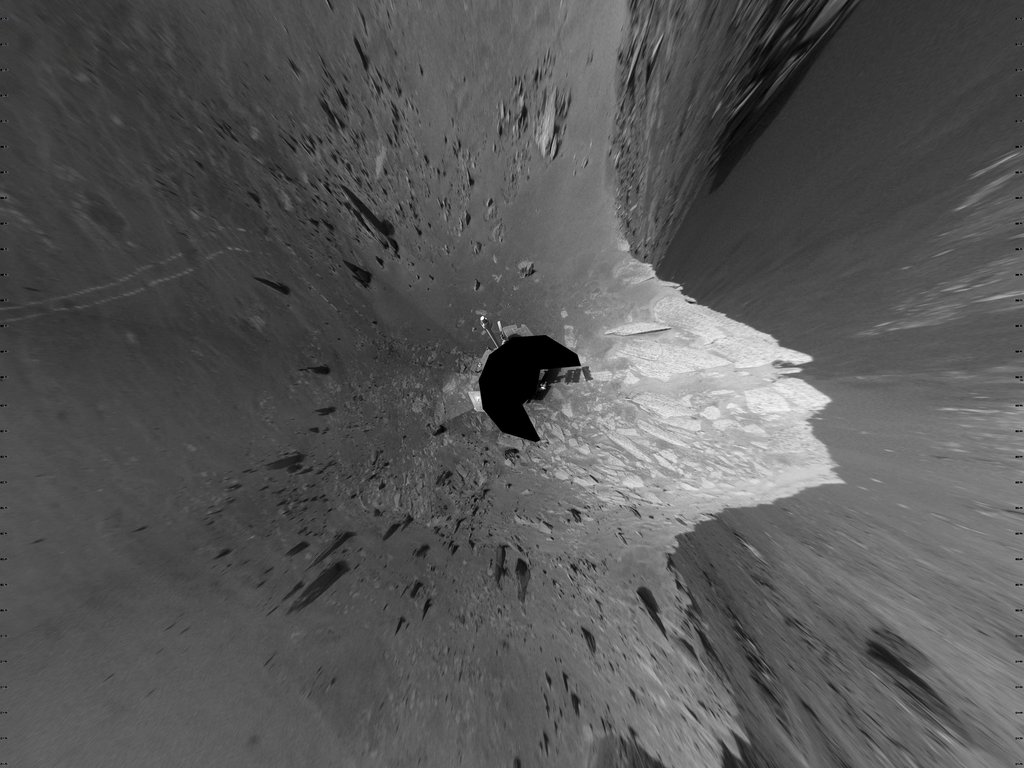 On Dec. 16, 2010, NASA's Mars Exploration Rover Opportunity reached a crater about the size of a football field-some 90 meters (295 feet) in diameter. The rover team plans to use cameras and spectrometers during the next several weeks to examine rocks exposed at the crater, informally named "Santa Maria."

A mosaic of image frames taken by Opportunity's navigation camera on Dec. 16 shows the crater's sharp rim and rocks ejected from the impact that had excavated the crater.

Opportunity completed its three-month prime mission on Mars in April 2004 and has been working in bonus extended missions since then. After the investigations at Santa Maria, the rover team plans to resume a long-term trek by Opportunity to the rim of Endeavour Crater, which is about 22 kilometers (14 miles) in diameter.

NASA's Jet Propulsion Laboratory, a division of the California Institute of Technology in Pasadena, manages the Mars Exploration Rover Project for the NASA Science Mission Directorate, Washington. For more information about the mission, see http://marsrovers.jpl.nasa.gov .