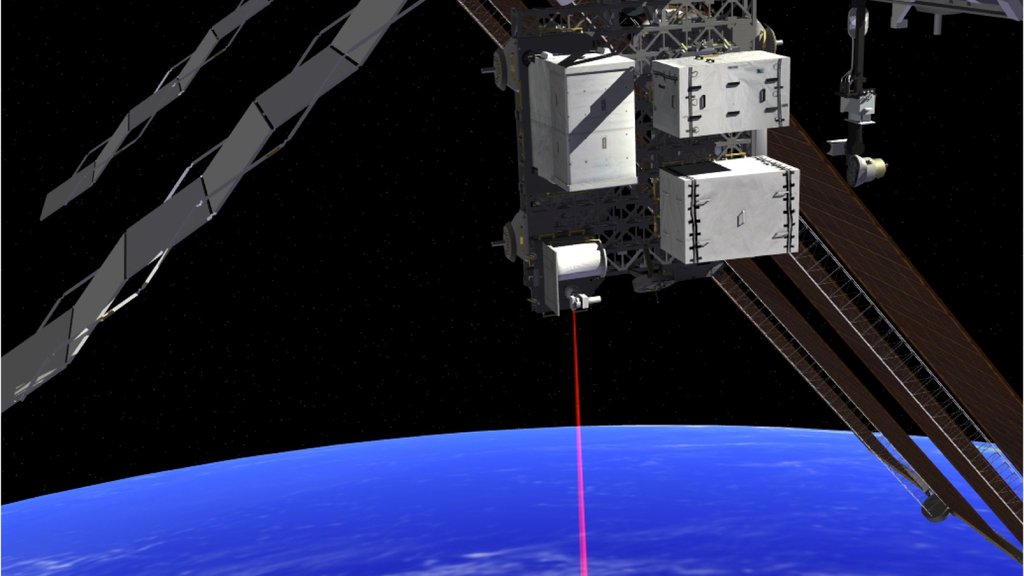 Ever wonder why stars seem to twinkle? This effect is caused by variations in the density of our atmosphere that cause blurring in light coming from space.

Ever wonder why stars seem to twinkle? This effect is caused by variations in the density of our atmosphere that cause blurring in light coming from space. It's pretty for stargazing, but a challenge for space-to-ground communications.

NASA's Optical Payload for Lasercomm Science (OPALS) on the space station has been conducting cutting-edge research on data transmission since June 2014. OPALS beams packets of information using lasers, which allows for sending data at a faster rate compared with transmission by radio waves.

For the first time, in March, researchers from NASA's Jet Propulsion Laboratory, Pasadena, California, used OPALS to demonstrate that the laser signal from the space station can be focused into single-mode optical fibers on the ground. Single-mode optical fiber, with one-quarter the width of a human hair, is the standard in the telecommunications industry.

In more recent experiments, researchers demonstrated a communications link between OPALS and the ground using an adaptive optics system. Researchers were able to transmit samples of video through the corrected laser signal and decode it on the ground.

Getting information from space to Earth is essential for exploring the solar system and studying our own planet from the vantage point of space. There are also benefits to Earthlings: The bandwidth for streaming your favorite shows or playing online games could be increased with laser communications technology.

"This technology could be used in the future for fast Internet connections from space by connecting satellite downlink signals to ground-based fiber optic networks," said Malcolm Wright, an optical engineer at JPL, where the OPALS project office is based.

The March demonstration, which used the one-meter Optical Communication Telescope Laboratory at Table Mountain near Wrightwood, California, advances the science of spacecraft-to-ground high-rate data transfer. Data links of tens of gigabits per second could potentially be supported through this technology.

"This represents the first demonstration of continuous adaptive-optics correction of a low Earth-orbiting spacecraft-to-ground optical link reported in the open literature," Wright said. "It lays the path for future robust, high-rate optical communications between low Earth-orbit and the ground."

One of the primary challenges is that laser beams are very narrow, and the OPALS instrument on the space station must be able to very accurately point the laser beam to the receiving telescope on Earth as it travels across the sky. The narrow laser beams and the movement of the space station also mean that even small distortions in the atmosphere can make a big difference in data transmission.

The space station's fast motion relative to the ground presents an additional challenge, compared to the traditional use of adaptive optics for static astronomical imaging. The adaptive optics instrument, which was provided by Boeing, headquartered in Chicago, uses the laser signal itself, in combination with mirrors and a high-speed camera, to sense the atmospheric differences that distort a signal from space and correct them.

"We wanted to find out: As the beam travels through different parts of the atmosphere, can we correct for the disturbances fast enough to get a stable signal for a good communications link?" Wright said.

During the March demonstration, when the OPALS instrument directed its downlink signal toward the telescope, the adaptive optics system received the signal and corrected for the effects of atmospheric turbulence for the entire 134-second pass.

"The way we communicate with and build spacecraft in the future could be revolutionized through the insights we gain from OPALS," said Matt Abrahamson, OPALS mission manager at JPL.

This work was supported by the Space Communications and Navigation (SCaN) Program at NASA Headquarters.