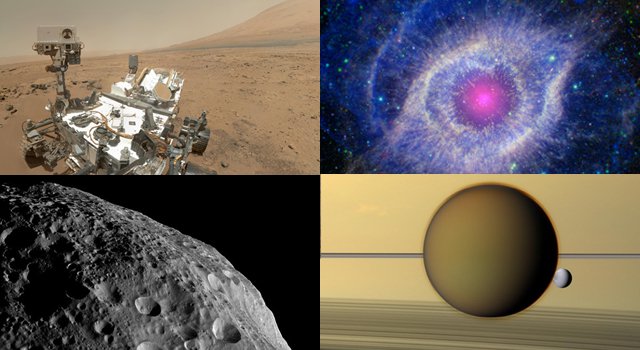 Just this year the app amassed a cadre of exciting images from many of the laboratory's missions including the Mars Curiosity rover, which made a dramatic landing on Mars in August and has sent back many novel views of the Red Planet. Vibrant explosions from dying stars, the elegant choreography of Saturn's moons, and the scarred and cratered surface of a giant asteroid are just a few of the other scenes users can discover by downloading the app.

Chosen as a Staff Favorite in the Apple App Store shortly after its release in 2010, Space Images is now in Version 2, featuring videos and 3-D image collections and more extensive sharing options. The app is available free on both Android and Apple devices as well as online on the Space Images website at http://www.jpl.nasa.gov/spaceimages/.