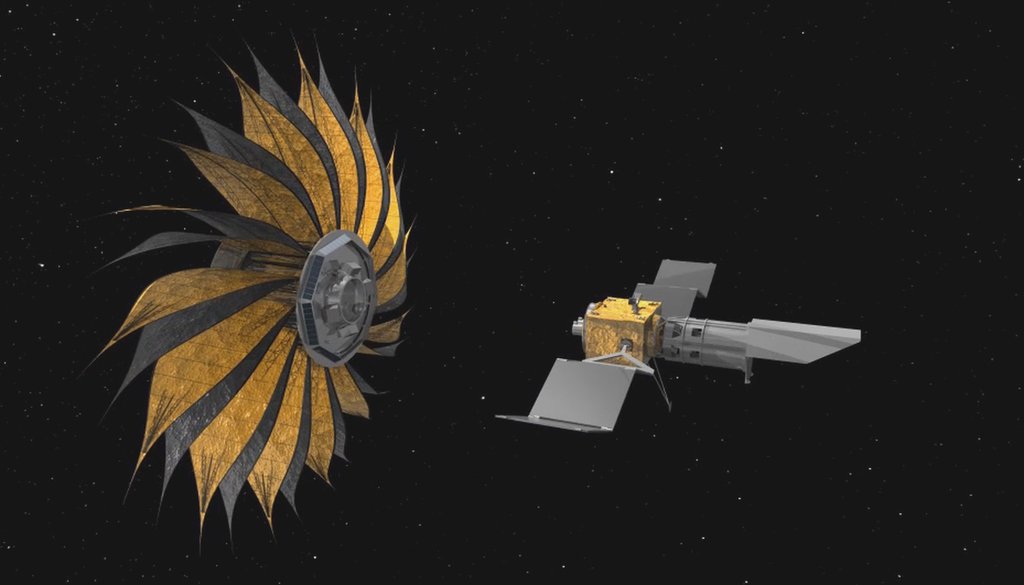 This illustration shows the prototype starshade, a giant structure designed to block the glare of stars so that future space telescopes can take pictures of planets. › Play video

NASA is developing new technologies to help astronomers capture the shine of Earth-like worlds and ultimately look for evidence of life elsewhere in our galaxy.