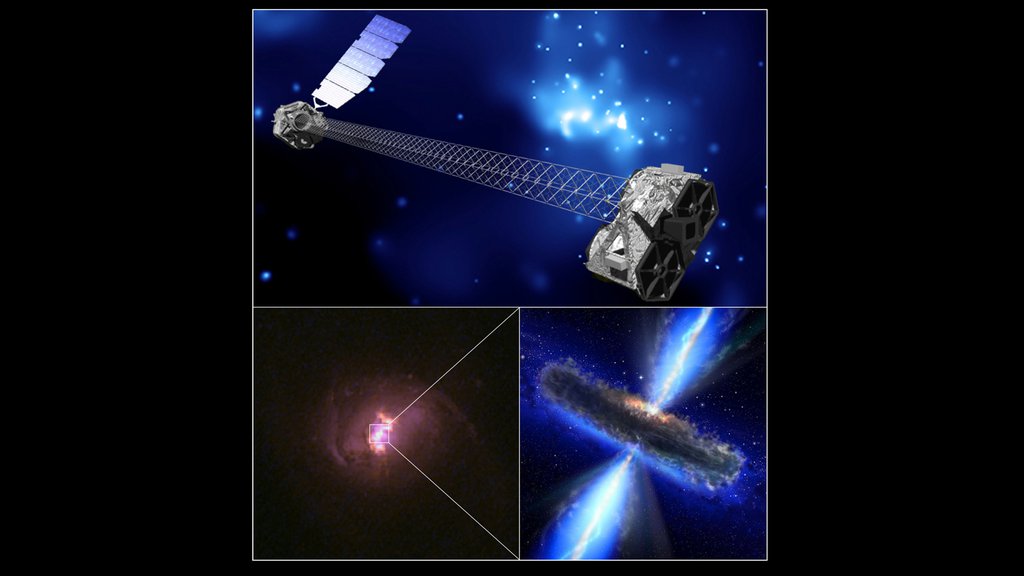 The high-energy X-ray eyes of NASA's NuSTAR have peered into some of the most heavily buried supermassive black holes known.

Some of the "biggest and baddest" black holes around are buried under thick blankets of gas and dust. These monsters in the middle of galaxies are actively devouring material, but their hidden nature makes observing them a challenge.

NASA's Nuclear Spectroscopic Telescope Array (NuSTAR) recently caught a glimpse of five of these secluded beasts. While hidden from view from most other telescopes, NuSTAR can spot them by detecting the highest-energy X-rays, which can penetrate through the enshrouding gas and dust.

The research, led by astronomers at Durham University, United Kingdom, supports the theory that potentially millions of supermassive black holes exist in the universe hidden from view. The findings were presented today, July 6, at the Royal Astronomical Society's National Astronomy Meeting in Llandudno, Wales.

The scientists pointed NuSTAR at nine galaxies where supermassive black holes were thought to be extremely active but largely obscured. Five of these candidates were found to contain hidden supermassive black holes, feasting on surrounding material. What's more, the objects were observed to be more active than previously thought.

Such observations were not possible before NuSTAR, which launched in 2012 and is able to detect much higher-energy X-rays than previous satellite observatories.

"Thanks to NuSTAR, for the first time, we have been able to clearly identify these hidden monsters that are predicted to be there, but have previously been elusive because of their surrounding cocoons of material," said George Lansbury of Durham University, lead author of the findings accepted for publication in The Astrophysical Journal.

"Although we have only detected five of these hidden supermassive black holes, when we extrapolate our results across the whole universe, then the predicted numbers are huge and in agreement with what we would expect to see."

Daniel Stern, the project scientist for NuSTAR at NASA's Jet Propulsion Laboratory in Pasadena, California, added: "High-energy X-rays are more penetrating than low-energy X-rays, so we can see deeper into the gas burying the black holes. NuSTAR allows us to see how big the hidden monsters are, and is helping us learn why only some black holes appear obscured."

The research is funded by the Science and Technology Facilities Council.

NuSTAR is a Small Explorer mission led by the California Institute of Technology in Pasadena and managed by NASA's Jet Propulsion Laboratory, also in Pasadena, for NASA's Science Mission Directorate in Washington. The spacecraft was built by Orbital Sciences Corporation, Dulles, Virginia.