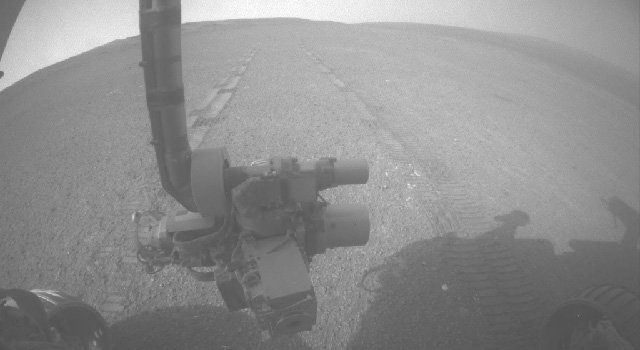 On the 3,309th Martian day, or sol, of its mission on Mars (May 15, 2013) NASA's Mars Exploration Rover Opportunity drove 263 feet (80 meters) southward along the western rim of Endeavour Crater.› Full image and caption
Credit: NASA/JPL-Caltech 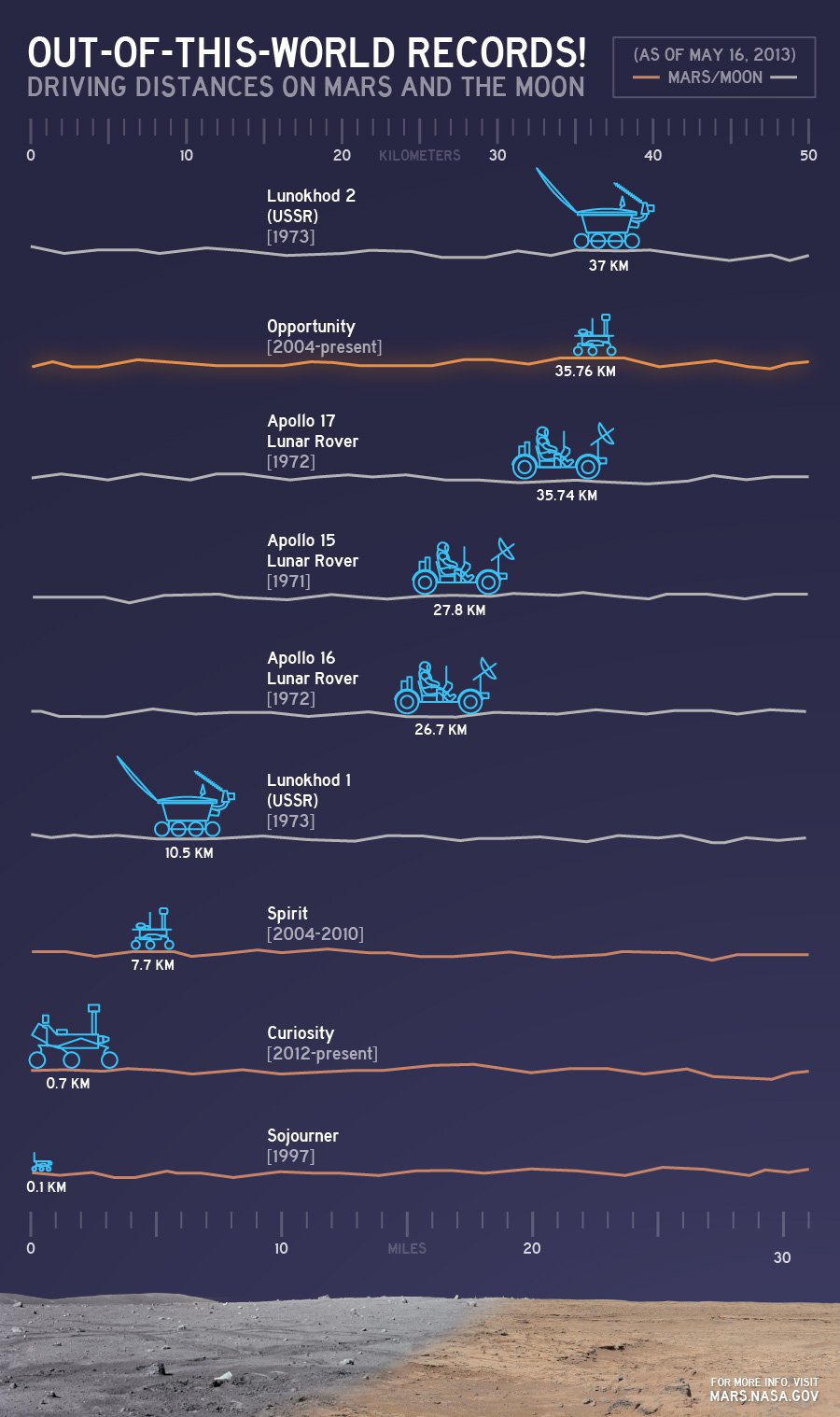 This chart illustrates comparisons among the distances driven by various wheeled vehicles on the surface of Earth's moon and Mars.› Full image and caption
Credit: NASA/JPL-Caltech

NASA's Mars rover Opportunity now holds the record for farthest driving by a NASA vehicle on a world away from Earth, passing a mark set by an Apollo astronaut-driven rover.

PASADENA, Calif. -- While Apollo 17 astronauts Eugene Cernan and Harrison Schmitt visited Earth's moon for three days in December 1972, they drove their mission's Lunar Roving Vehicle 19.3 nautical miles (22.210 statute miles or 35.744 kilometers). That was the farthest total distance for any NASA vehicle driving on a world other than Earth until yesterday.

Cernan discussed this prospect a few days ago with Opportunity team member Jim Rice of NASA Goddard Space Flight Center, Greenbelt, Md. The Apollo 17 astronaut said, "The record we established with a roving vehicle was made to be broken, and I'm excited and proud to be able to pass the torch to Opportunity."

The international record for driving distance on another world is still held by the Soviet Union's remote-controlled Lunokhod 2 rover, which traveled 23 miles (37 kilometers) on the surface of Earth's moon in 1973.

Opportunity began a multi-week trek this week from an area where it has been working since mid-2011, the "Cape York" segment of the rim of Endeavour Crater, to an area about 1.4 miles (2.2 kilometers) away, "Solander Point."