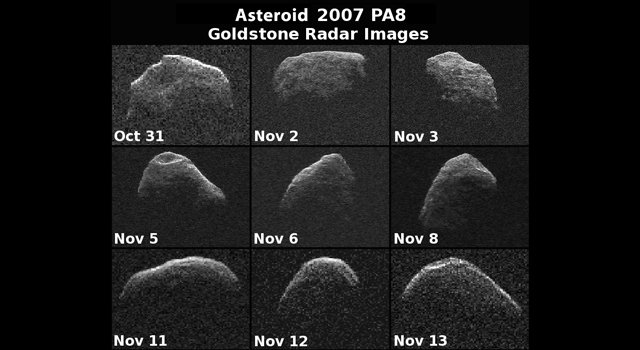 Images of asteroid 2007 PA8 have been generated with data collected by NASA's Goldstone Solar System Radar.

New radar measurements of 2007 PA8's distance and line-of-sight velocity refined calculations of its orbit about the sun, enabling reliable computation of the asteroid's motion for the next 632 years. 2007 PA8 is not a threat to Earth. The 2012 flyby was the closest since 1880. The next flyby with Earth closer than the one that occurred this year will be in 2488, when the asteroid will approach no closer than 3.6 million miles (5.8 million kilometers).