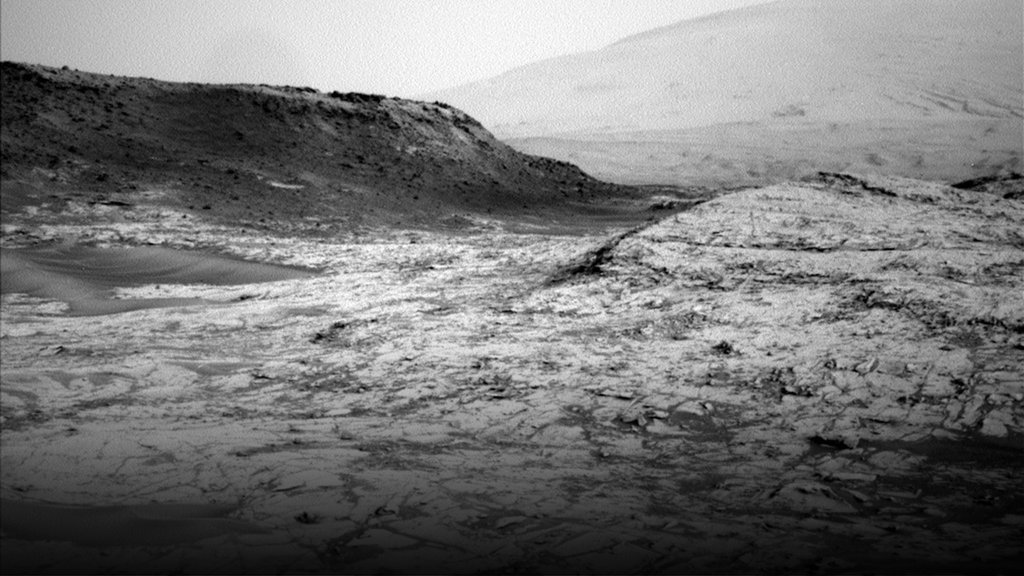 The first demonstration of NASA's MAVEN Mars orbiter's capability to relay data from a Mars surface mission, on Nov. 6, 2014, included this and other images from NASA's Curiosity Mars rover.› Full image and caption
Credit: NASA/JPL-Caltech 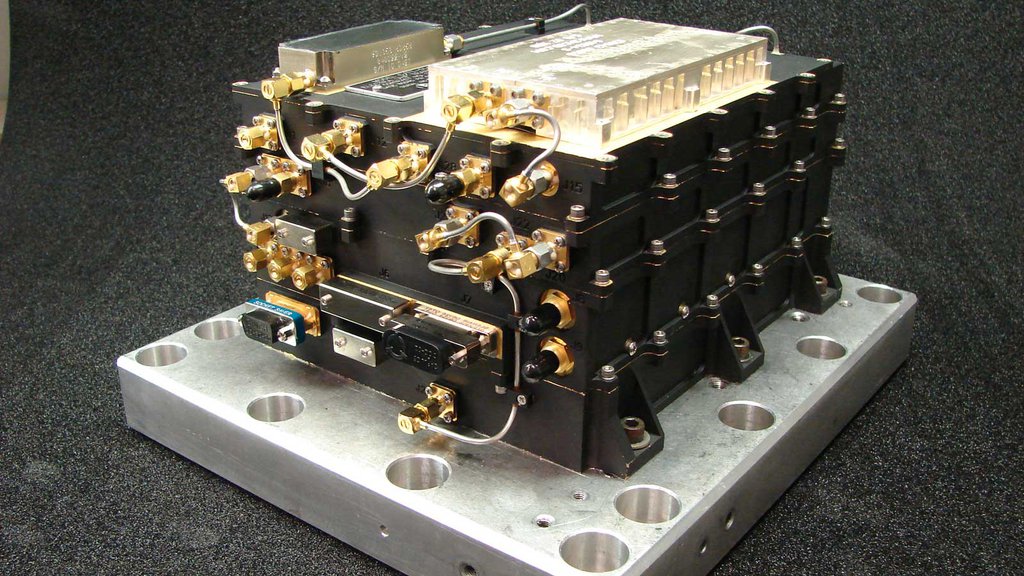 NASA's Mars-bound MAVEN spacecraft (for Mars Atmosphere and Volatile Evolution) carries this relay radio transmitter and receiver to be used for UHF (ultra-high frequency) communication with robots on the surface of Mars.› Full image and caption
Credit: NASA/JPL-Caltech

The relay radio on NASA's MAVEN spacecraft has completed a successful test of receiving Mars rover data, which MAVEN then forwarded to Earth.

The newest node in NASA's Mars telecommunications network -- a radio aboard the MAVEN orbiter custom-designed for data links with robots on the surface of Mars -- handled a copious 550 megabits during its first relay of real Mars data.

MAVEN's Electra UHF radio received the transmission from NASA's Curiosity Mars rover on Nov. 6, using an adaptive data rate as the orbiter passed through the sky over the rover. The data that MAVEN relayed to NASA's Deep Space Network of large dish antennas on Earth included several images of terrain that Curiosity has been examining at the base of Mars' Mount Sharp. The test also included relaying data to Curiosity from Earth via MAVEN.

MAVEN (for Mars Atmosphere and Volatile EvolutioN) entered orbit around Mars on Sept. 21. The orbiter is finishing a commissioning phase -- including calibration of its science instruments and fine tuning of its orbit -- before its prime science phase starts. MAVEN will investigate the upper atmosphere of Mars to provide understanding about processes that led to the loss of much of the original Martian atmosphere.

MAVEN will be available during its prime science mission to provide relay services if issues arise with the other orbiters, and it may routinely provide relay support during an anticipated extended mission.

The Electra design is also on UHF radios aboard Curiosity and Mars Reconnaissance Orbiter. It includes relay-enhancing features such as the ability to automatically adjust data rate to signal strength as the distance to the rover changes during the orbiter's overflight. MAVEN's orbit is more elongated than the orbits of either Mars Odyssey or Mars Reconnaissance Orbiter. During the Nov. 6 test, MAVEN's distance from Curiosity ranged from about 680 miles to 2,300 miles (1,110 to 3,700 kilometers), farther than is typical in communication sessions between the Curiosity rover and the other orbiters.

MAVEN's principal investigator is based at the University of Colorado's Laboratory for Atmospheric and Space Physics, and NASA's Goddard Space Flight Center in Greenbelt, Maryland, manages the MAVEN project. NASA's Jet Propulsion Laboratory, a division of the California Institute of Technology in Pasadena, supplied and operates MAVEN's Electra payload and provides Deep Space Network support for the mission.

For more information about the MAVEN mission, visit: http://www.nasa.gov/maven