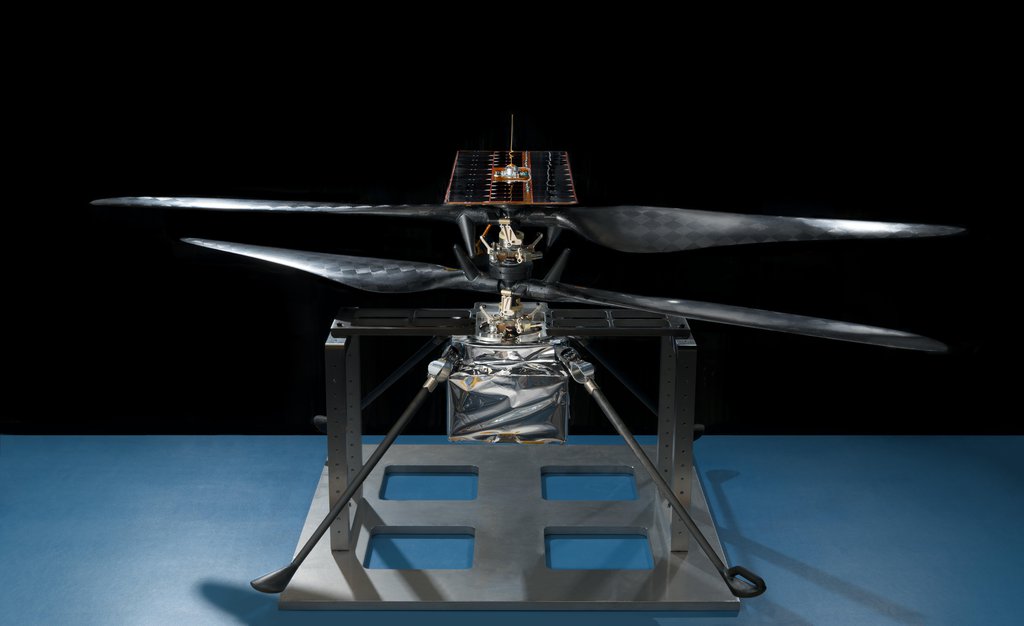 This image of the flight model of NASA's Mars Helicopter was taken on Feb. 14, 2019, in a cleanroom at NASA's Jet Propulsion Laboratory in Pasadena, California.

From lasers to rovers, the technology JPL develops for space often has unanticipated uses much closer to home.

As NASA pushes the frontiers of science and human exploration, the agency also advances technology to modernize life on Earth, including drones, self-driving cars and other innovations.

NASA's diverse missions spur the creation and improvement of thousands of new products that make life better for people around the world. Dozens of the latest examples are featured in the newest edition of NASA's Spinoff publication, including several from NASA's Jet Propulsion Laboratory in Southern California, and many illustrating how NASA is working to shape the coming revolution of autonomous vehicles on the roads and in the air.

"NASA engineers, scientists and technologists innovate the tools we need for the Artemis missions to the Moon and exploration beyond, but our mission also is here on Earth," said Jim Reuter, associate administrator of the agency's Space Technology Mission Directorate (STMD). "Whether it's a new application for a technology created for space or our extensive work to modernize and innovate aeronautics, our work has had immense benefits for all kinds of transportation technology on Earth - not to mention in the realms of medicine, the environment and public safety."

In this issue of Spinoff, readers will learn how:

"Technology is a means to an end. But sometimes there are more ends than anticipated, and the technology created for one purpose here at NASA finds new life in applications for U.S. industry and daily life," said Daniel Lockney, executive of NASA's Technology Transfer program. "As a result, NASA technology doesn't just improve quality of life on the ground - it also creates jobs, saves money and even saves lives."

The publication also includes a "Spinoffs of Tomorrow" section, which highlights 20 NASA technologies available for license, including a nanosensor array that can diagnose illness by scent, a drought assessment and prediction system, and a computer monitoring system that alerts when hackers try to infiltrate.

Spinoff highlights the many successes of the agency's Technology Transfer program within STMD, which is charged with finding the widest possible applications for NASA technology through partnerships and licensing agreements with industry, ensuring that NASA's investments in its missions and research find additional applications that benefit the nation and the world.

An iPad version, including shortened versions of the stories, multimedia and interactive features, is also available for download in the iTunes store.