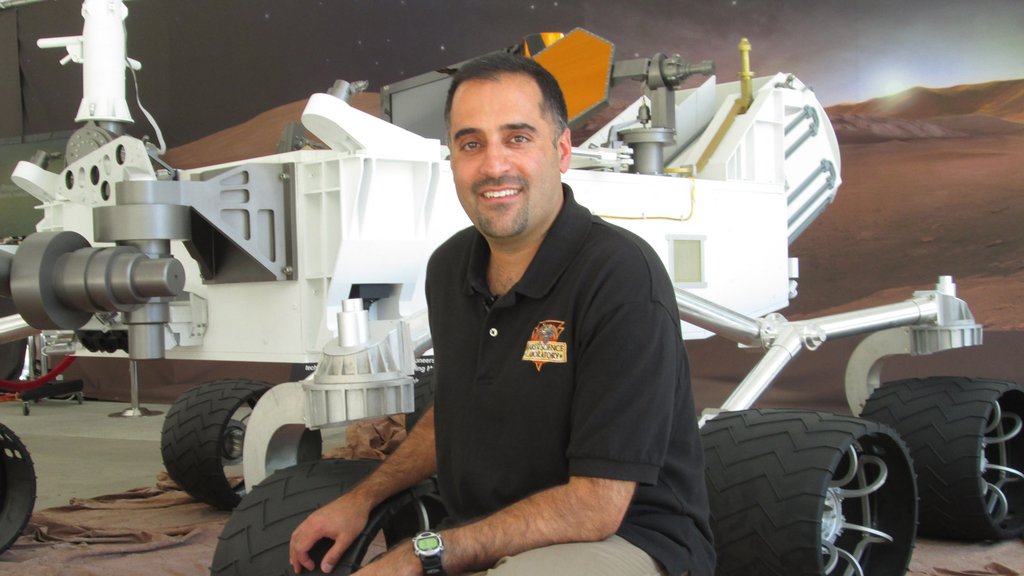 NASA's Curiosity Mars rover has a new science-team chief who has already helped lead the mission for a decade.

The project scientist's role is to coordinate efforts of an international team of nearly 500 scientists operating the rover's 10 science instruments, planning rover investigations and assessing data from Curiosity. The project scientist also works closely with the JPL-based project manager and rover engineering team to maximize the science while using the rover efficiently and safely.

Vasavada succeeds John Grotzinger of the California Institute of Technology, Pasadena, who recently became chair of Caltech's Division of Geological and Planetary Sciences and remains a member of Curiosity's science team.

Vasavada has helped shepherd the project through development of the spacecraft, selection and integration of the science instruments, selection of the landing site in Mars' Gale Crater, activities of Curiosity since its August 2012 landing, and publication of many research findings.

"John Grotzinger put his heart and soul into Curiosity for seven years, leaving a legacy of success and scientific achievement," Vasavada said. "Now I look forward to continuing our expedition to Mars' ancient past, with a healthy rover and a dedicated and passionate international team. And yes, this is all just incredibly cool."

Researchers are currently using Curiosity to investigate the geological layers at the base of a mountain inside Gale Crater. Recent findings indicate that the lower portion of the mountain formed as sedimentary deposits in lakes and streams. During its two-year prime mission, Curiosity found evidence that Mars offered favorable conditions for microbial life about three billion years ago.

Vasavada has also worked on the science teams for NASA's Lunar Reconnaissance Orbiter and for the Cassini mission to Saturn. He holds a 1998 doctorate in planetary science from Caltech and a 1992 bachelor of science degree in geophysics and space physics from the University of California, Los Angeles.

Vasavada resides in Los Angeles. Outside of work, he enjoys spending time with his niece, exploring California's mountains, and volunteering to improve scientific education and literacy. He currently chairs the board of a non-profit that runs three science-focused, public schools in south Los Angeles.

JPL, a division of Caltech, manages the Mars Science Laboratory Project the project for NASA's Science Mission Directorate in Washington, and built the project's Curiosity rover.