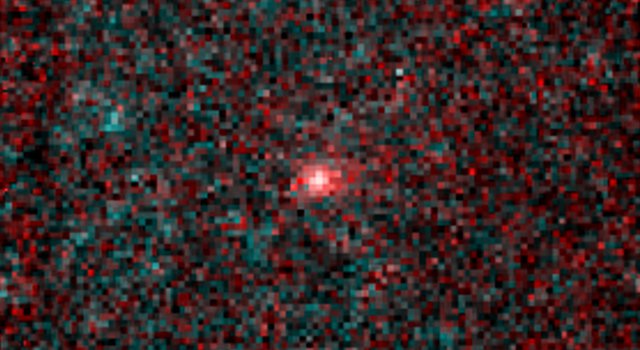 "We are so pleased to have discovered this frozen visitor from the outermost reaches of our solar system," said Amy Mainzer, the mission's principal investigator from NASA's Jet Propulsion Laboratory in Pasadena, Calif. "This comet is a weirdo - it is in a retrograde orbit, meaning that it orbits the sun in the opposite sense from Earth and the other planets."

Officially named "C/2014 C3 (NEOWISE)", the first comet discovery of the renewed mission came on Feb. 14 when the comet was about 143 million miles (230 million kilometers) from Earth. Although the comet's orbit is still a bit uncertain, it appears to have arrived from its most distant point in the region of the outer planets. The mission's sophisticated software picked out the moving object against a background of stationary stars. As NEOWISE circled Earth, scanning the sky, it observed the comet six times over half a day before the object moved out of its view. The discovery was confirmed by the Minor Planet Center, Cambridge, Mass., when follow-up observations were received three days later from the Near Earth Object Observation project Spacewatch, Tucson, Ariz. Other follow-up observations were then quickly received. While this is the first comet NEOWISE has discovered since coming out of hibernation, the spacecraft is credited with the discovery of 21 other comets during its primary mission.

Originally called the Wide-field Infrared Survey Explorer (WISE), the spacecraft was shut down in 2011 after its primary mission was completed. In September 2013, it was reactivated, renamed NEOWISE and assigned a new mission to assist NASA's efforts to identify the population of potentially hazardous near-Earth objects. NEOWISE will also characterize previously known asteroids and comets to better understand their sizes and compositions.