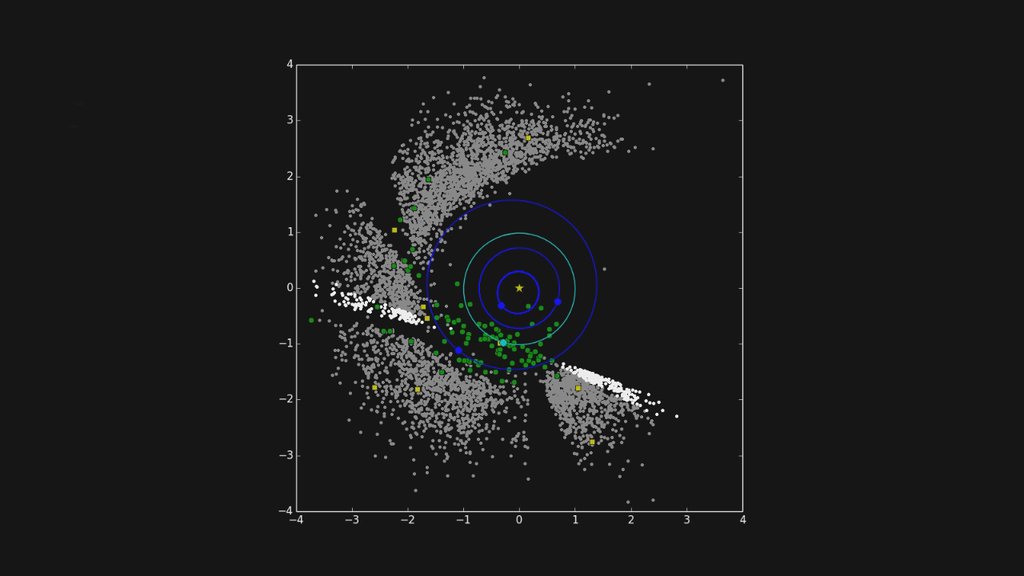 This movie shows the progression of NASA's NEOWISE survey in the mission's first year following its restart in December 2013.› Full image and caption
Credit: NASA/JPL-Caltech 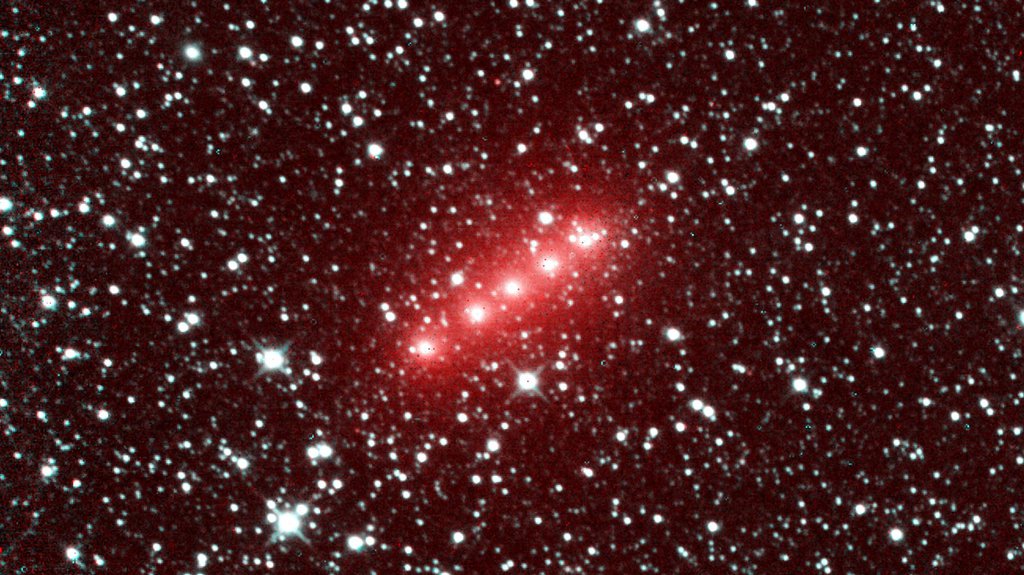 Comet C/2014 Q2 (Lovejoy) is one of more than 32 comets imaged by NASA's NEOWISE mission from December 2013 to December 2014.› Full image and caption
Credit: NASA/JPL-Caltech 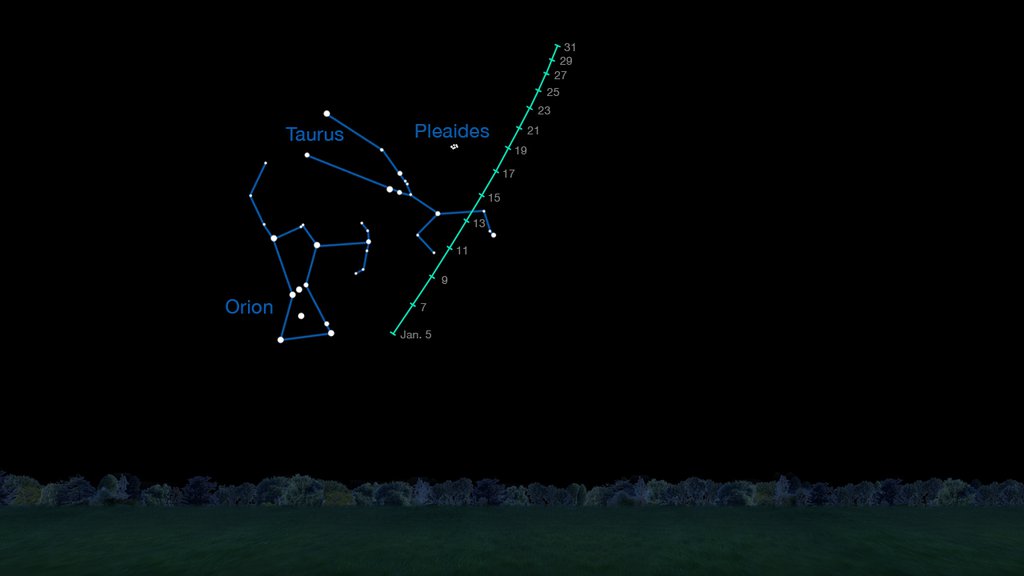 On clear nights in January 2015, comet C/2014 Q2 (Lovejoy) is visible in the Taurus region of the sky to observers using binoculars.› Full image and caption
Credit: NASA/JPL-Caltech

A NASA spacecraft using infrared imaging discovered 40 near-Earth objects in one year and observed many others, including a comet that has become this month's brightest.

NASA's Near-Earth Object Wide-field Survey Explorer (NEOWISE) spacecraft discovered and characterized 40 near-Earth objects (NEOs) in the first year after the mission was re-started in December 2013. Eight of the discoveries have been classified as potentially hazardous asteroids (PHAs), based on their size and how close their orbits could come to Earth's orbit.

The mission has further observed and characterized 245 previously known near-Earth objects. From December 2013 to December 2014, NEOWISE discovered three new comets and observed 32 others. One of the others has turned into the brightest comet in Earth's night sky in early 2015, comet C/2014 Q2 (Lovejoy).

A new movie depicts asteroids and comets observed in the past year by NEOWISE. It is online at:

A series of NEOWISE images of comet Lovejoy is online at:

NEOWISE always looks in the dawn and twilight skies - the direction perpendicular to a line between Earth and the sun. This unique vantage point makes it easy for NEOWISE to spot NEOs that get particularly close to Earth.

Originally called the Wide-field Infrared Survey Explorer (WISE), the spacecraft was placed in hibernation in 2011 after its primary mission was completed. In September 2013, it was reactivated, renamed NEOWISE and assigned a new mission to assist NASA's efforts to identify the population of potentially hazardous near-Earth objects. NEOWISE is also characterizing previously known asteroids and comets to provide information about their sizes and compositions.

NEOWISE is a space telescope that scans the skies for asteroids and comets. The telescope sees infrared light, which allows it to pick up the heat signature of asteroids and obtain better estimates of their true sizes. As a result, NEOWISE can see dark asteroids that are harder for visible-light surveys to find. Nearly all of the NEOWISE discoveries have been large (hundreds of yards, or meters, wide) and very dark, similar to printer toner. When NEOWISE's infrared data on an object is combined with that of a visible-light optical telescope, it helps scientists understand the object's composition.