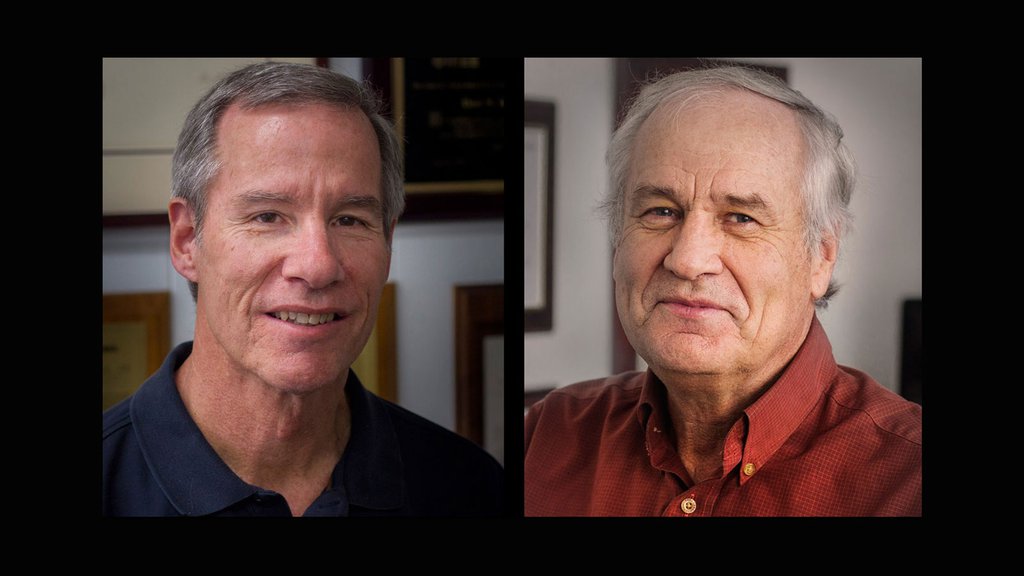 Two JPL researchers have been elected to the National Academy of Engineering, the highest professional distinction for engineers.

Two researchers at NASA's Jet Propulsion Laboratory in Pasadena, California, have been elected to the National Academy of Engineering, the highest professional distinction for engineers.

Graeme L. Stephens, the director for the Center for Climate Sciences at JPL, and Dan M. Goebel, a senior research scientist at JPL who develops technologies for deep space missions, join 65 other U.S. members and 12 foreign members as the newest additions to the organization.

The academy, which now has 2,263 U.S. members and 221 foreign members, honors those who have made outstanding contributions to "engineering research, practice, or education, including, where appropriate, significant contributions to the engineering literature," and to the "pioneering of new and developing fields of technology, making major advancements in traditional fields of engineering, or developing/implementing innovative approaches to engineering education."

Stephens is being honored for his elucidation of Earth's cloud system and radiation balance. He completed his bachelor's degree in physics from the University of Melbourne in 1973 and received his doctorate in meteorology in 1977 from the same university. His research activities focus on atmospheric radiation, including the application of remote sensing to understand the role of hydrological processes in climate change. He has authored more than 240 peer-reviewed publications and a reference textbook on remote sensing of the atmosphere. He is an adjunct professor at the University of Reading in England, and a professor at Colorado State University, Fort Collins. He also serves as the principal investigator of NASA's CloudSat mission and was involved in the early development of NASA's Orbiting Carbon Observatory-2 mission, launched last year.

Goebel is being honored for his contributions to low-temperature plasma sources for thin-film manufacturing, plasma materials interactions and electric propulsion. He received a bachelor's degree in physics, a master's degree in electrical engineering, and a doctorate in applied plasma physics from the University of California, Los Angeles, in 1977, 1978 and 1981, respectively. Goebel is responsible for the development of high-efficiency electric thrusters, advanced long-life propulsion components and thruster-life model validation for deep space missions. He is a fellow of the American Institute of Aeronautics and Astronautics, the Institute of Electrical and Electronics Engineers and the American Physical Society; an adjunct professor at UCLA; and the author of more than 120 technical papers and one book on electric propulsion.