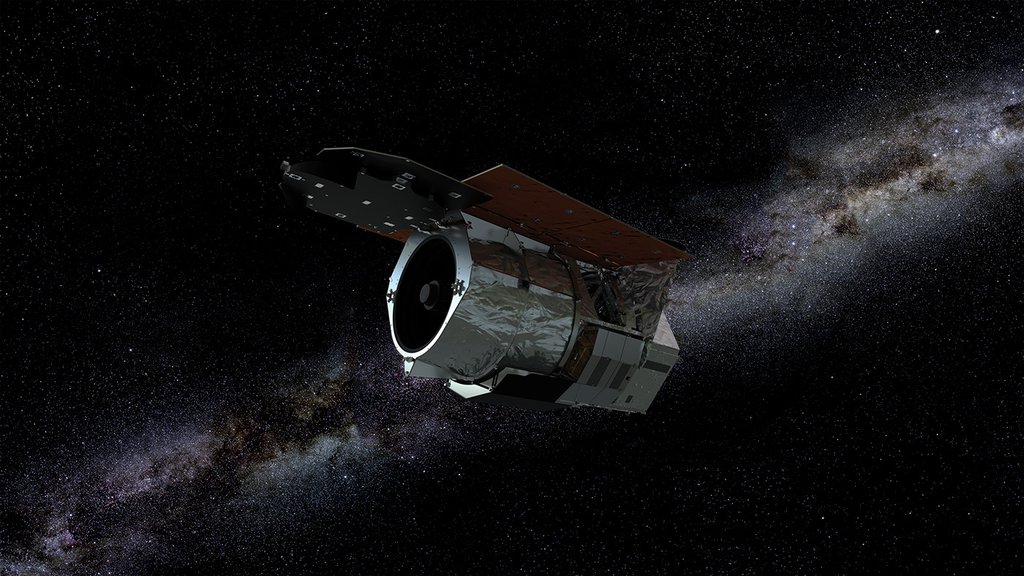 Scientists have discovered that a mysterious pressure dubbed "dark energy" makes up about 68% of the total energy content of the cosmos, but so far we don't know much more about it. Exploring the nature of dark energy is one of the primary reasons NASA is building the Wide Field Infrared Survey Telescope (WFIRST), a space telescope whose measurements will help illuminate the dark energy puzzle. With a better understanding of dark energy, we will have a better sense of the past and future evolution of the universe.

Until the 20th century, most people believed that the universe was static, remaining essentially unchanged throughout eternity. When Einstein developed his general theory of relativity in 1915, describing how gravity acts across the fabric of space-time, he was puzzled to find that the theory indicated the cosmos must either expand or contract. He made changes to preserve a static universe, adding something he called the "cosmological constant," even though there was no evidence it actually existed. This mysterious force was supposed to counteract gravity to hold everything in place.

However, as the 1920s were coming to a close, astronomer Georges Lemaitre, and then Edwin Hubble, made the startling discovery that with very few exceptions, galaxies are racing away from each other. The universe was far from static - it was ballooning outward. Consequently, if we imagine rewinding this expansion, there must have been a time when everything in the universe was almost impossibly hot and close together.

Scientists have discovered that a mysterious pressure dubbed "dark energy" makes up about 68 percent of the total energy content of the cosmos, but so far we don't know much more about it. Exploring the nature of dark energy is one of the primary reasons NASA is building the Wide Field Infrared Survey Telescope (WFIRST), a space telescope whose measurements will help illuminate the dark energy puzzle. With a better understanding of dark energy, we will have a better sense of the past and future evolution of the universe.

The End of the Universe: Fire or Ice?

If not, the expansion would never end - galaxies would grow farther and farther away until they pass the edge of the observable universe. Our distant descendants might have no knowledge of the existence of other galaxies since they would be too far away to be visible. Much of modern astronomy might one day be reduced to mere legend as the universe gradually fades to an icy black.

Astronomers have measured the rate of expansion by using ground-based telescopes to study relatively nearby supernova explosions. The mystery escalated in 1998 when Hubble Space Telescope observations of more distant supernovae helped show that the universe actually expanded more slowly in the past than it does today. The expansion of the universe is not slowing down due to gravity, as everyone thought. It's speeding up.

Fast forward to today. While we still don't know what exactly is causing the acceleration, it has been given a name - dark energy. This mysterious pressure remained undiscovered for so long because it is so weak that gravity overpowers it on the scale of humans, planets and even the galaxy. It is present in the room with you as you read, within your very body, but gravity counteracts it so you don't go flying out of your seat. It is only on an intergalactic scale that dark energy becomes noticeable, acting like a sort of weak opposition to gravity.

What Is Dark Energy?

What exactly is dark energy? More is unknown than known, but theorists are chasing down a couple of possible explanations. Cosmic acceleration could be caused by a new energy component, which would require some adjustments to Einstein's theory of gravity - perhaps the cosmological constant, which Einstein called his biggest blunder, is real after all.

Alternatively, Einstein's theory of gravity may break down on cosmological scales. If this is the case, the theory will need to be replaced with a new one that incorporates the cosmic acceleration we have observed. Theorists still don't know what the correct explanation is, but WFIRST will help us find out.

Previous missions have gathered some clues, but so far they haven't yielded results that strongly favor one explanation over another. With the same resolution as Hubble's cameras but a field of view that is 100 times larger, WFIRST will generate never-before-seen big pictures of the universe. The new mission will advance the exploration of the dark energy mystery in ways that other telescopes can't by mapping how matter is structured and distributed throughout the cosmos, and also by measuring large numbers of distant supernovae. The results will indicate how dark energy acts across the universe, and whether and how it has changed over cosmic history.

The mission will use three survey methods to search for an explanation of dark energy. The High Latitude Spectroscopic Survey will measure accurate distances and positions of millions of galaxies using a "standard ruler" technique. Measuring how the distribution of galaxies varies with distance will give us a window into the evolution of dark energy over time. This study will connect the galaxies' distances with the echoes of sound waves just after the Big Bang and will test Einstein's theory of gravity over the age of the universe.

The High Latitude Imaging Survey will measure the shapes and distances of multitudes of galaxies and galaxy clusters. The immense gravity of massive objects warps space-time and causes more distant galaxies to appear distorted. Observing the degree of distortion allows scientists to infer the distribution of mass throughout the cosmos. This includes all of the matter we can see directly, like planets and stars, as well as dark matter - another dark cosmic mystery which is visible only through its gravitational effects on normal matter. This survey will provide an independent measurement of the growth of large-scale structure in the universe and how dark energy has affected the cosmos.

WFIRST will also conduct a survey of one type of exploding star, building on the observations that led to the discovery of accelerated expansion. Type Ia supernovae occur when a white dwarf star explodes. Type Ia supernovae generally have the same absolute brightness at their peak, making them so-called "standard candles." That means astronomers can determine how far away they are by seeing how bright they look from Earth - and the farther they are, the dimmer they appear. Astronomers will also look at the particular wavelengths of light coming from the supernovae to find out how fast the dying stars are moving away from us. By combining distances with brightness measurements, scientists will see how dark energy has evolved over time, providing a cross-check with the two high-latitude surveys.

"The WFIRST mission is unique in combining these three methods. It will lead to a very robust and rich interpretation of the effects of dark energy and will allow us to make a definite statement about the nature of dark energy," said Olivier Doré, a research scientist at NASA's Jet Propulsion Laboratory in Pasadena, California, and leader of the team planning the first two survey methods with WFIRST.