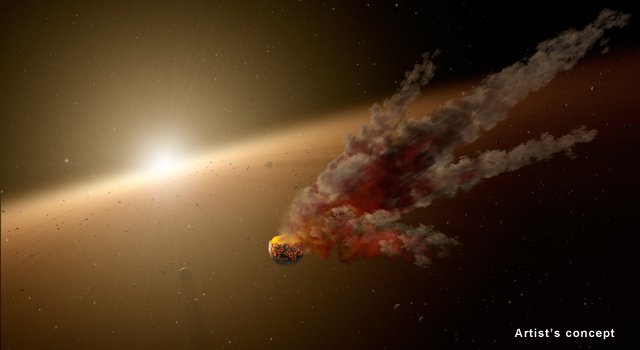 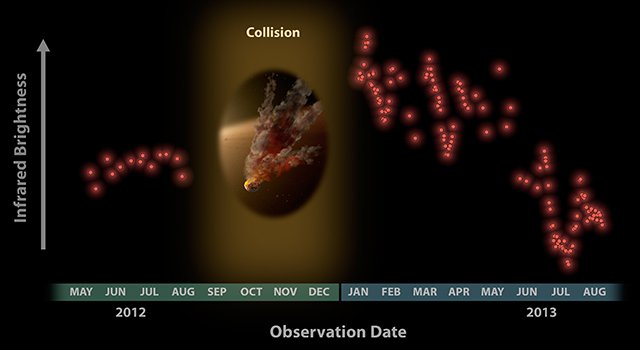 Astronomers were surprised to see these data from NASA's Spitzer Space Telescope in January 2013, showing a huge eruption of dust around a star called NGC 2547-ID8.› Full image and caption
Credit: NASA/JPL-Caltech/University of Arizona

NASA's Spitzer Space Telescope has spotted an eruption of dust around a young star, possibly the result of a smashup between large asteroids.