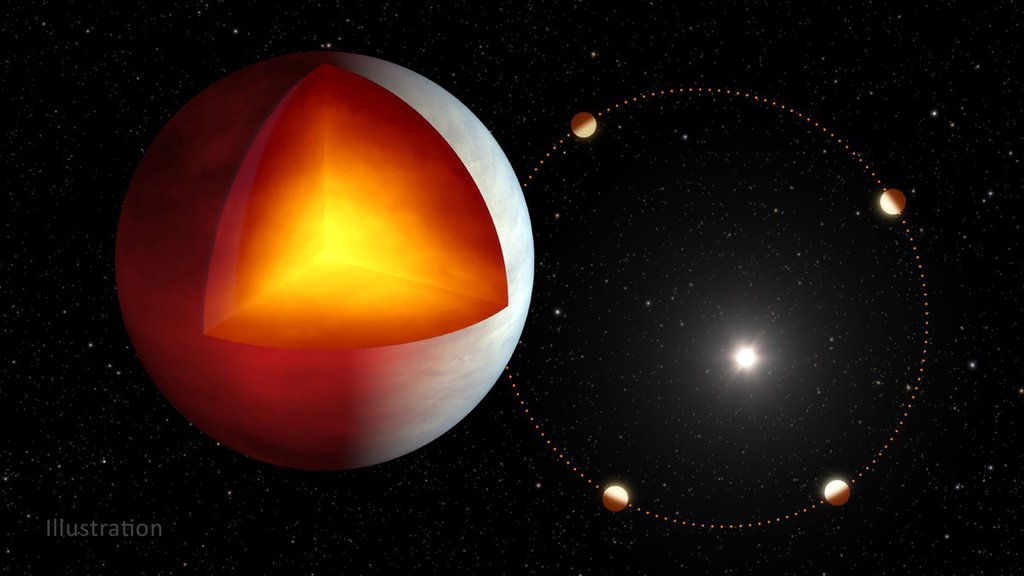 Planet XO-3b has an internal source of heat, possibly from tidal heating, which is caused by the squeezing of the planet’s interior by the gravity of its parent star. This could be increased by the planet’s slightly elliptical orbit (shown on the right), meaning it’s more oval-shaped than circular.

The infrared observatory may help answer questions about planets outside our solar system, or exoplanets, including how they form and what drives weather in their atmospheres.

Two new studies using data from NASA’s retired Spitzer Space Telescope shed light on giant exoplanets and brown dwarfs, objects that aren’t quite stars but aren’t quite planets either. Both studies will be the focus of virtual news conferences hosted by the American Astronomical Society on Jan. 13.

One investigation shows that the weather on brown dwarfs – which form like stars but don’t have sufficient mass to start burning hydrogen in their cores as stars do – varies with age. Brown dwarfs and giant exoplanets are similar in diameter, mass, and composition, so understanding the atmospheric properties of one can provide insights about those of the other.

The second study belongs to a body of work looking at hot Jupiters – gas exoplanets that orbit extremely close to their parent stars. How do these massive planets come to be, and could there be subclasses of hot Jupiters with different formation stories? To look for answers, the study authors looked at exoplanet XO-3b, a rare example of a hot Jupiter observed while migrating closer to its host star.

Age often brings stability in humans, and that appears to be true for cosmic objects as well. Johanna Vos, an astrophysicist at the American Museum of Natural History in New York, will discuss a Spitzer survey published in the Astrophysical Journal that found higher variability in the weather on young brown dwarfs compared to old ones.

With regard to brown dwarfs, the word variability refers to short-term changes in the intensity of different wavelengths of infrared light coming from the object’s atmosphere. Astronomers think these variations are caused by clouds, which reflect and absorb light in the atmosphere. 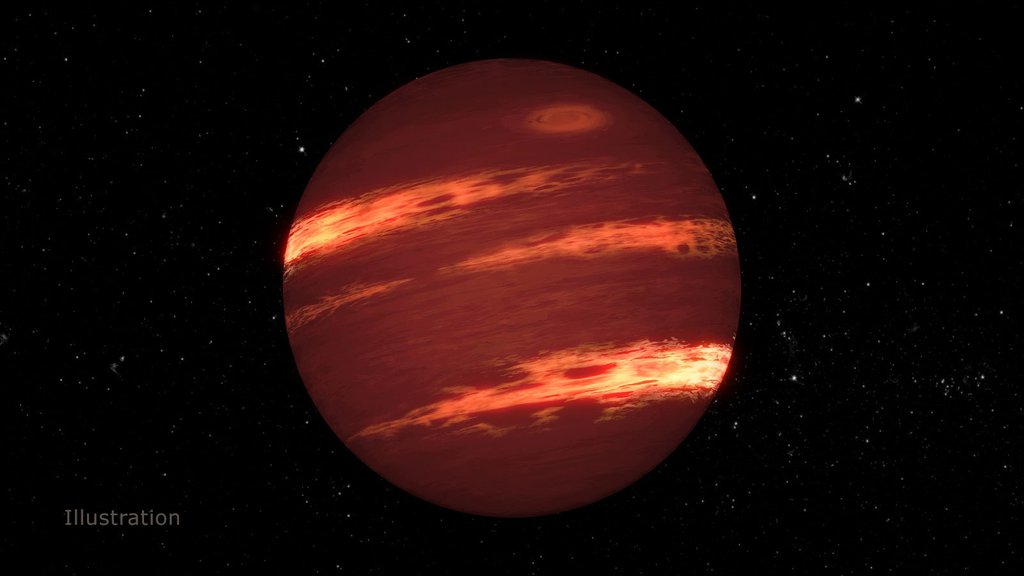 This illustration shows what clouds might look like in the atmosphere of a brown dwarf. Using NASA's retired Spitzer Space Telescope, scientists were able to detect clouds and other weather features in brown dwarf atmospheres.

High variability might indicate a major atmospheric feature, perhaps like Jupiter’s Great Red Spot – a storm larger than Earth that’s been swirling for hundreds of years. It can also indicate a rapidly changing atmosphere, which can have multiple causes such as major temperature differences in the atmosphere or turbulence (sometimes caused by powerful winds).

Comparing the young brown dwarfs to previous Spitzer observations of older brown dwarfs, the authors found that the young objects are more likely to show atmospheric variation. They also found that variations are larger and more dramatic in younger brown dwarfs. Vos and her colleagues attribute the difference to the fact that brown dwarfs are puffier when they’re young but become more compact as they age, which likely makes the atmosphere appear more uniform.

Young brown dwarfs are similar in diameter, mass, and composition to giant exoplanets primarily made of gas. But studying large exoplanets is complicated by the close presence of their parent stars: The companion irradiates the planet’s atmosphere, which changes the temperature, or even the chemistry, and affects the weather. The bright light from the star also makes seeing the much fainter planet more difficult.

Brown dwarfs, on the other hand, can act as a sort of control group and be observed in isolation in space. The study’s authors plan to incorporate the new finding into models of how brown dwarf and giant exoplanet atmospheres evolve with age.

Though hot Jupiters are the most studied type of exoplanet, major questions remain about how they form. For example, do these planets take shape far from their parent stars – at a distance where it’s cold enough for molecules such as water to become solid – or closer? The first scenario fits better with theories about how planets in our own solar system are born, but what would drive these types of planets to migrate so close to their parent stars remains unclear.

Lisa Dang, an exoplanet scientist at McGill University in Montreal, and her colleagues used Spitzer data to study an exoplanet named XO-3b, which has an eccentric (oval) orbit rather than the circular orbit of almost all other known hot Jupiters. The eccentric orbit indicates XO-3b may have recently migrated toward its parent star; if that’s the case, it will eventually settle into a more circular orbit.

Observations by Gaia, an ESA (European Space Agency) space observatory, and Spitzer both suggest the planet produces some of its own heat, but scientists don’t know why. The Spitzer data also provides a map of the planet’s climate patterns. It’s possible that the excess warmth is coming from the planet’s interior, through a process called tidal heating. The star’s gravitational squeeze on the planet oscillates as the irregular orbit takes the planet farther and then closer to the star. The resulting changes in interior pressure produce heat.

For Dang, an unusual hot Jupiter provides an opportunity to test ideas about which formation processes may produce certain characteristics in these exoplanets. For example, could tidal heating in other hot Jupiters also be a sign of recent migration? XO-3b alone won’t solve the mystery, but it serves as an important test for emerging ideas about these scorching giants.

The entire body of scientific data collected by Spitzer during its lifetime is available to the public via the Spitzer data archive, housed at the Infrared Science Archive at IPAC at Caltech in Pasadena, California. NASA's Jet Propulsion Laboratory in Southern California managed the Spitzer Space Telescope mission for NASA's Science Mission Directorate in Washington.