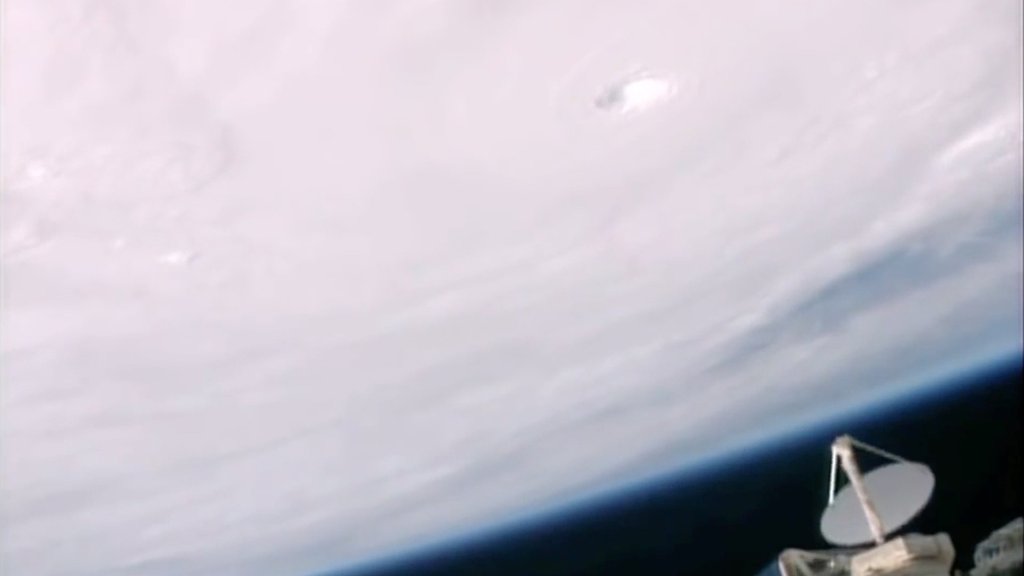 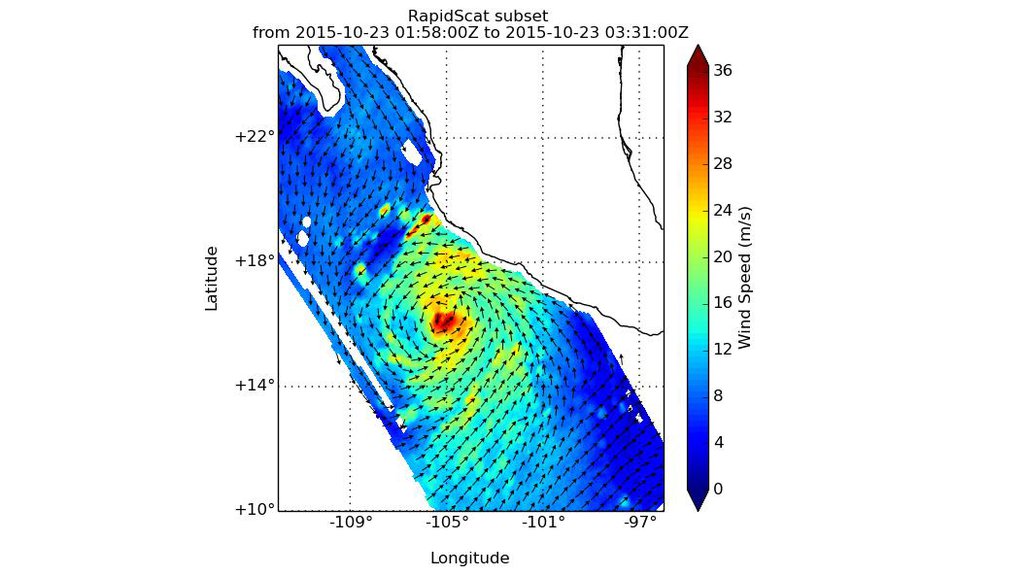 The ISS-RapidScat instrument has spent just over a year in space, and has already helped with weather and other forecasts.

Where do predictions for regional weather patterns come from? For one source, look to the ocean. About 70 percent of Earth's surface is covered in oceans, and changes in ocean winds are good predictors of many weather phenomena on small and large scales.

NASA's ISS-RapidScat instrument, which last month celebrated its one-year anniversary, helps make these ocean wind measurements to enhance weather forecasting and understanding of climate. The instrument was first activated on the International Space Station on Oct. 1, 2014.

"Especially with the recent hurricane season, our data have been appearing on weather websites around the world," said Glen Havens, project manager for the mission, based at NASA's Jet Propulsion Laboratory, Pasadena, California.

In its first year in action, the instrument has collected data on many severe storms, including typhoons and tropical cyclones. RapidScat has proven valuable for tracking the Southern Hemisphere's hurricane season and the Northern Hemisphere's winter storm season.

Most recently, RapidScat played a role in tracking Hurricane Patricia, which loomed over Mexico in October. Patricia was the strongest hurricane ever recorded in the Western Hemisphere, with maximum winds of 200 mph (320 kilometers per hour). When it first made landfall on the Pacific coast of Mexico on Oct. 23, it was a destructive Category 5 storm.

Worldwide, many meteorological agencies include RapidScat data in the ensemble of data sets used to create forecasts. The agencies include the U.S. Navy, the National Oceanographic and Atmospheric Administration (NOAA), and the European Organization for the Exploitation of Meteorological Satellites.

High wind warnings, to which RapidScat data contribute, are especially important for anyone involved in shipping and sailing. Wind information from RapidScat can also be useful for enthusiasts of water sports.

"People who go sailing, and sometimes even surfers, look at RapidScat data to find where big waves are," said Stacey Boland, project systems engineer for RapidScat at JPL.

RapidScat measures winds that are just above the ocean surface. The instrument is a Ku-band scatterometer that transmits pulses of microwave energy toward Earth. The surface of Earth reflects this signal, and RapidScat measures the strength of the pulse that comes back. Stronger return signals from the ocean indicate larger waves. The return signal also carries information about wind direction.

Most scatterometers are launched in sun-synchronous orbits, such that each time they fly over the same place on Earth, it's at the same local time. But because RapidScat is mounted on the space station, which is not in a sun-synchronous orbit, it sees different places at different local times. The instrument samples all local times of day over the course of about two months, allowing scientists to learn more about how winds vary over the course of a day for a given location.

Another unique aspect of the mission is that the instrument was constructed using hardware built in the 1990s. Engineers adapted hardware that was originally built to test QuikScat, which was launched in 1999 into a sun-synchronous orbit. They added a smaller reflector antenna and a new interface to the repurposed instrument to make it work on the space station.

Repurposing the QuikScat test hardware significantly reduced the cost of the mission compared to what it would have been if the instrument had been built from scratch. It also allowed for a relatively quick turnaround time for building the instrument: A mere two years from approval to launch.

The RapidScat team addressed challenges that come with using older technology, such as the radar receiver electronics. But the "plucky radar" system, as Havens calls it, continues collecting science data and sending it back to Earth.

"We immediately started getting high-quality data after the instrument began operating," said Howard Eisen of JPL, who served as project manager at the beginning of the mission.

The instrument resides on the Columbus module on the space station, and will stay there until at least early 2017.

For more information on RapidScat, visit: