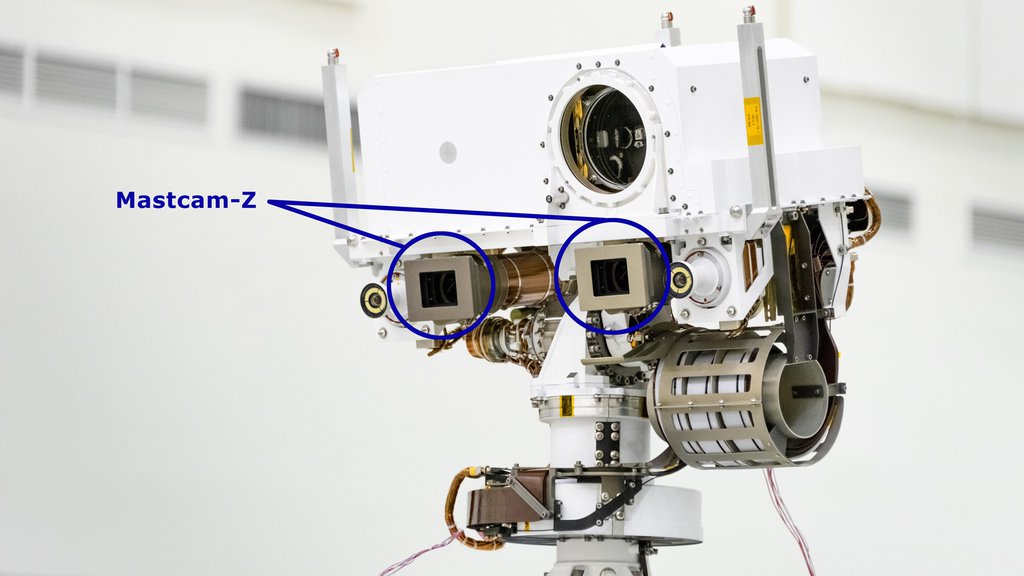 A close-up of the head of Perseverance Rover's remote sensing mast. The mast head contains the SuperCam instrument (its lens is in the large circular opening). In the gray boxes beneath mast head are the two Mastcam-Z imagers. On the exterior sides of those imagers are the rover's two navigation cameras. Full Image Details 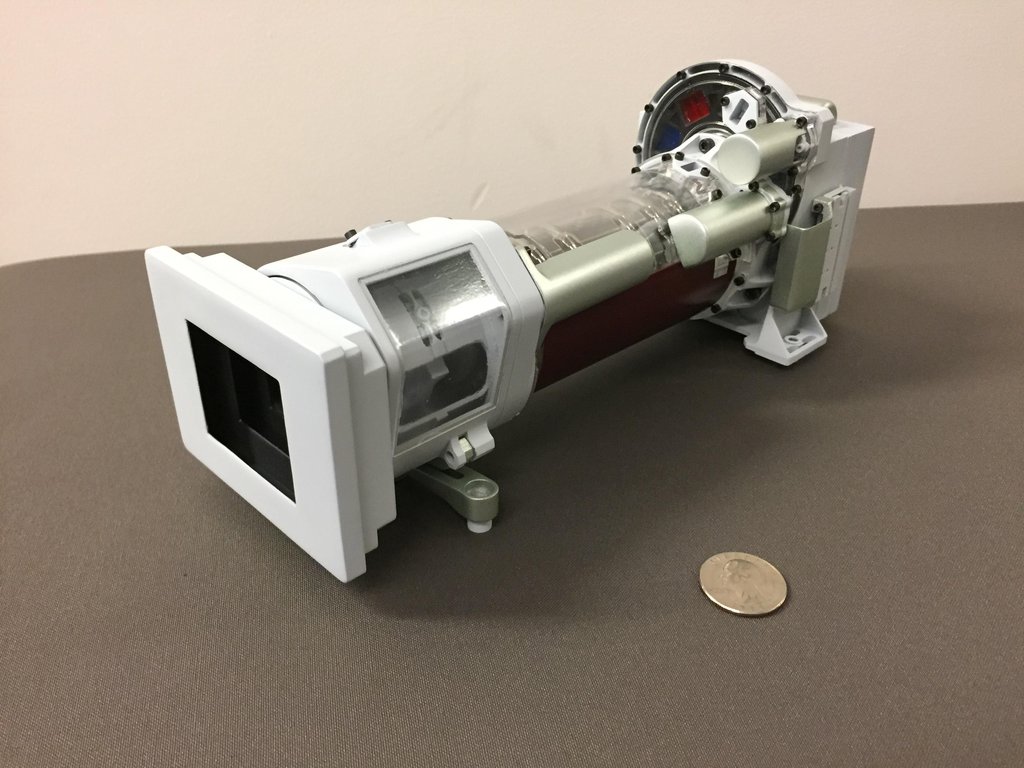 This image shows a 3-D printed model of Mastcam-Z, one of the science cameras on NASA's Mars 2020 rover. Mastcam-Z will include a 3:1 zoom lens.
Credit: NASA/JPL-Caltech
Full Image Details 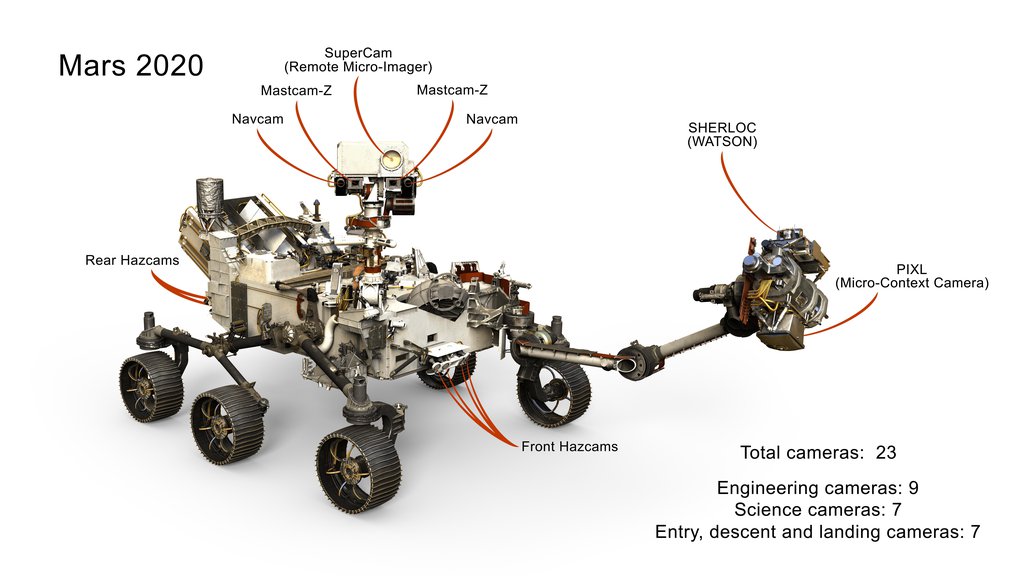 This image presents a selection of the 23 cameras on NASA's 2020 Mars rover. Many are improved versions of the cameras on the Curiosity rover, with a few new additions as well.
Credit: NASA/JPL-Caltech
Full Image Details